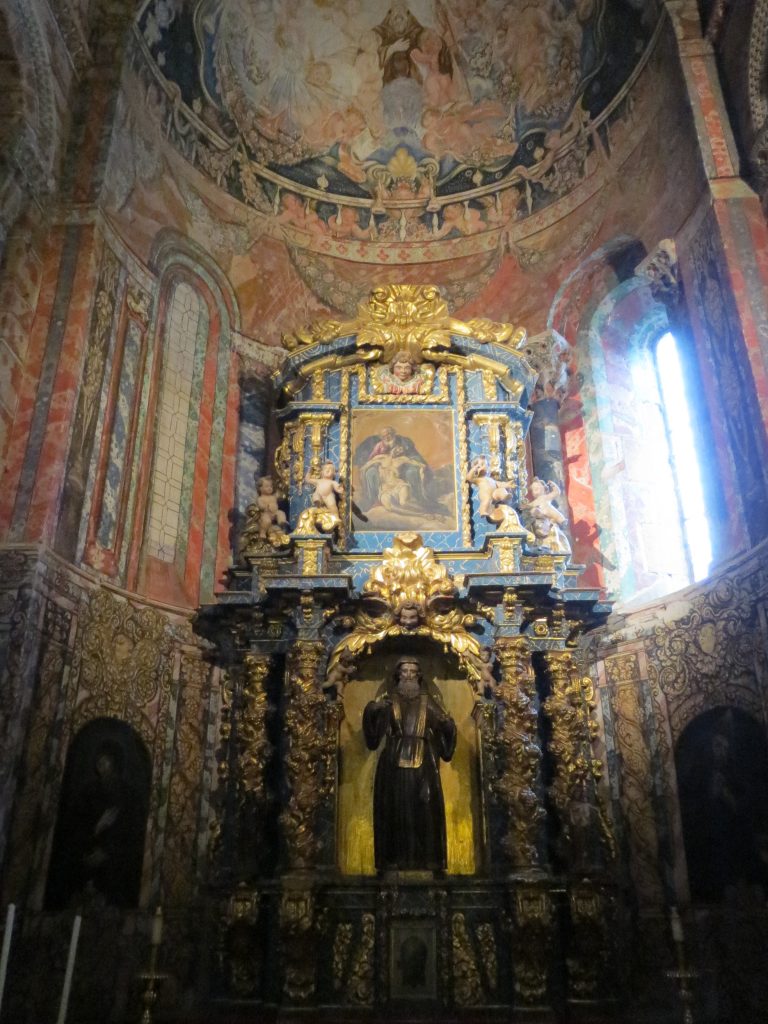 “Wow, it sounds like you’re really into churches.”  My companion was to my right.  Corsica was outside our window and below, to our left.  He was a Spaniard and we were both headed to Romania that weekend.  I, for a wedding, he for a bachelor party.  Our conversation that afternoon had covered all kinds of ground but we had finally come on to why I had been in Madrid.  I told him I had taken opportunities to go on day trips to Ávila and Segovia.

“Honestly,” I said, “churches are the most important things to see.  They matter most, in a way.”  As the words left my mouth I realized I had never articulated such a thought before but that I believed it deep down in my bones.  I began to make my case.

“Think about whenever you visit a new place.  Apart from enjoying the language, food, culture, and customs, you want to enter into how these people are the way they are.  You can examine their buildings, see their art, and see their places of worship.

“Castles are majestic.  Museums are fascinating.  But they are, in their own way, simply an artifice.  The Louvre was a working palace before it became the world’s largest museum, and El Escorial (my favorite royal palace in Spain) is magnificent, but I’m only permitted to see it because it’s no longer the king’s residence.  If things were now how they were then, it would only be under some extraordinary circumstance that I would be able to so freely traverse the private apartments of the king.

“But the irony is that despite being constructed in the happiest times of monarchy, these churches are the most democratic of buildings.  Overwhelmingly they were built by the contributions of the whole community, be they great persons or small.  People contributed their time and expertise and money to raise these stony testaments to God.  Stained glass provided otherworldly lighting for the space and catechism to the illiterate.  Statues of wood or alabaster or marble brought the lives of the saints and stories of Scripture into real and convincing relief.  Some of the people were paid for their work as artisans, but many volunteered their time: these buildings would be legacies to be handed down from generation to generation.  They weren’t buildings frozen in amber, as museums often are, but these were living things, the pride and joy of the communities in which they were always located in the center.

“Go to any small town in the countries that comprised Christendom after the Protestant Revolt.  You will find inspiring cathedrals surely, but you will also find beautiful little churches, ironically proud in their humility.  People started their lives here when they were baptized.  They ended them here when they had a Requiem Mass.  They may have been joined to another human for life in the company and witness of all their beloved in the enduring tradition that is marriage.  Or they consecrated themselves to God’s service.  People gathered under those roofs in all times – in peace and in war – in plenty and in famine – in good weather and foul – and in times sad and happy.

“As you breathe in the incense and candlesmoke of centuries in a place where so many spoke to God – or didn’t – or simply sat and listened, your senses can be afire.  Churches are places that remind us, by their majesty, that all things must end, no matter how glorious.  This is why I go to churches whenever I travel: to remember that I am immortal.”

He simply nodded.  I looked out the window at a beautiful bank of clouds.  I closed my eyes and was again in the dark beauty of a Spanish church.

One thought on “What I always see when I travel”