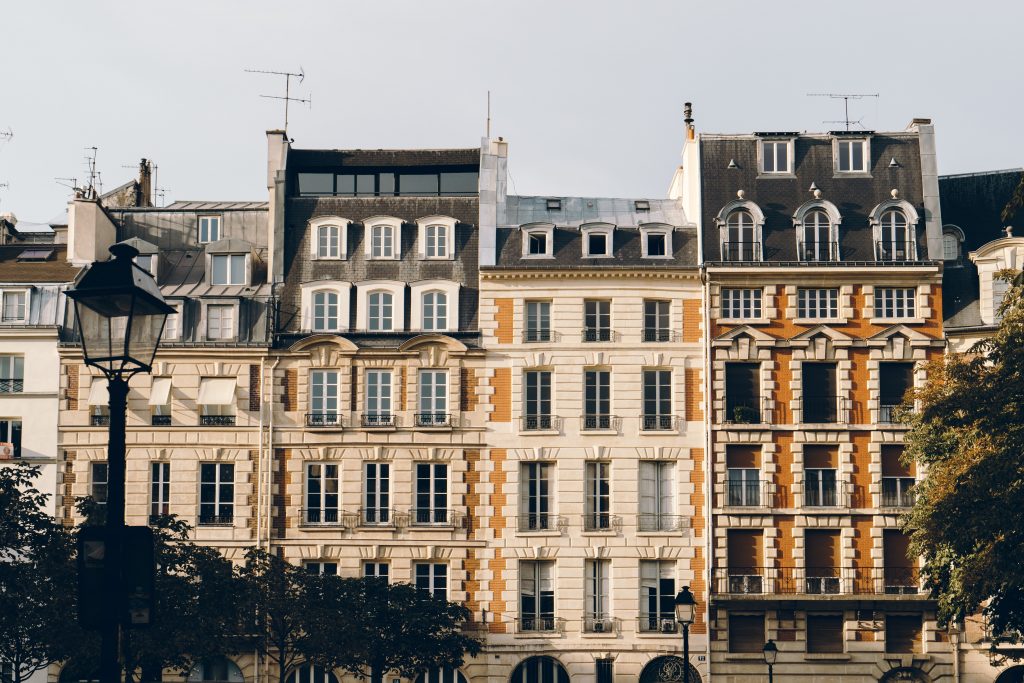 The most important fact to begin this discussion – which is directed at those who wish to live in Paris, not those who wish to buy rental properties in Paris – is that the current interest rates for fixed mortgages is between 2-3%.  When interest rates are so low, buying becomes attractive, even in Paris.  Add in the fact that tenants of properties have right of first refusal on a property to be sold and buying becomes easier.  But attractive and easy does not necessarily equal simple.  There are a few things to keep in mind.

I would not recommend buying in a neighborhood that you have never lived in.  With Airbnb and other such options, you have the ability, like never before, to stay some weeks in a neighborhood or arrondissement to get a sense of the scale and speed of it.  Meet the shopowners.  Take a coffee.  Walk around.

One of the ways that the French state discourages real estate speculation is by levying a significantly higher tax on the sale of a secondary residence vs your primary one.  The “buy and flip” model doesn’t really work here, as a result.

If, like me, you reject modern notions like “starter home” or the idea that your home is an “investment” that you can sell, like a piece of art or a watch, when the price is right, selection becomes even more important.  What are my neighbors like?  The noise level?  Cleanliness?  This is where you will spend most of your time so it should be better than just tolerable.

The dossier you prepare when you’re renting will remind you of that for the prefecture, except unlike at the prefecture, where if you follow directions you stand a good chance of gaining what you went in there for, when renting you’re competing against others in a zero sum game – if you get the apartment, they can’t, and vice versa.  You’re going to need:

You’ll make multiple copies of this dossier, both in hard copy and digitally, so that you can send them in the format that your potential landlord prefers.

The French, because the law is so dramatically in favor of tenants, really want assurance that they will have the rent reliably paid and in full, and as such will usually pick the highest-earning dossier.  As such there is a common practice of forging/using a friend’s high income pay slip to “enrich” your dossier.  Many Parisians know at least one person who has done this to get an apartment, if they have not done so themselves!

In extreme cases some landlords will require a year’s rent to be held as escrow as security against a default – but I’ve only read about this, and have never actually met anyone who had to do this.

The guarantor (or cosigner, as we would call it in America) is the most frequently-used device, however, for the risk-averse landlord, and a friend recently told me that despite the dual incomes of her and her husband which totaled far above the rule-of-thumb “three times the monthly rent” at least one potential landlord asked her if she also had a guarantor.

All leases in France are governed by the 2015 Alur Law and you cannot simply make up your own lease.  If you want to do the simplest thing, which I did while negotiating my recently-signed three year lease, just click here to use a free template which conforms to the law.

Apart from the Syndic, which I discuss below, there’s also property tax for owners, which is really pretty low – on my apartment it’s around 1000€ a year.  I often stop when passing by an immobilier (real estate agent) on a Paris street, just to get a sense of prices in whatever neighborhood I’m in, and to continue to hone my sense of the market overall.  I am sharing these three examples to give you a sample:

Yes, I know I’m exposing a Right Bank bias, but I’ve never seriously looked on the other side of the river.

When you become an owner, not just a renter, apart from the maintenance of the apartment itself, you will be subject to charges from the Syndic – similar to an HOA in America – that can sometimes be very costly.  They recently installed some new piping in the hallways of our apartment and my landlady’s share was 15,000€!  If you don’t pay, the Syndic can start a legal action against you, though it is so ponderously slow that you’ve got enough time to put together the cash you need before it ever goes to court.  Your monthly fees can be around 50€/square meter per year, so my 53 square meter apartment costs around 2650€ in Syndic fees – which are paid by the owner, not by you.  The Syndic is usually hired by the association of co-owners of the building – i.e. all of the separate owners – and is a managing agent of sorts.  They ensure that maintenance is done, that the building is cleaned, and if necessary, hires a guardian/concierge (our building doesn’t have one, though my last two apartments did, and we seem to get along fine without one).

I’ve said before that I’d like to get a small place just outside Paris for the occasional weekend retreat, but with the recent signing of this lease, and with my landlady’s indication that she may very well wish to sell at the end of the term, I may be in the market to buy in Paris sooner than I expected.  But the dominant thought on my mind as I signed the lease last week was that it would be three years before I would need to think about either my living or immigration situation again, and that allows me time to focus on other, less paperwork-intensive, subjects.

Photo by JOHN TOWNER on Unsplash