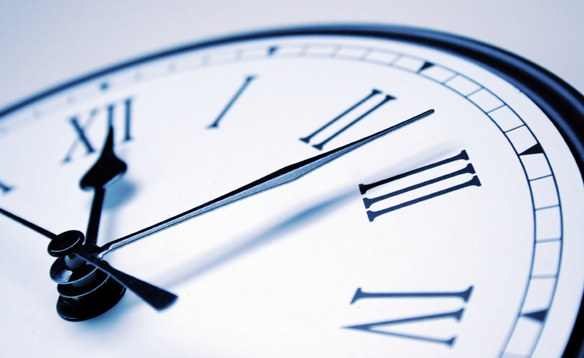 Next month I begin my fourth year in Paris.  I wanted to use the milestone to share some reflections on how I have changed and ongoing tips on how to make the move yourself.  This is the second in a series of four.  You can find the first one here.

When people ask me “Why France?” I usually answer the question in Russian-doll format – answering “why Europe,” then “why France,” then “why Paris.”  So too, when I reflect on how three years of living in Europe have changed me, I think in these categories.

Cars: more than ever I am anti-car.  Paris has an outstanding and extensive network of buses, trams, metros, and bikes, all overlaid across a city which is eminently walkable.  I support the current Mayor’s ongoing legislative push to exclude cars from the city center.  Cars are not a divine right.  They are an innovation, and they need to be put in their place side-by-side with pedestrians, bikes, scooters, etc., not accommodated as the sine qua non of modern life.

Neighborhood-focused: in my first year in Paris I went all over the city to visit restaurants and bars to know the city better, until I fell into the familiar routine of most Parisians: staying within a 15 minute walk of my apartment.  There is a deep comfort and familiarity that comes from knowing your streets and block by heart.  Sixty-five percent of my Paris life is located inside 8 streets near my house in the 2nd.  I love that, and I love knowing all the nooks and crannies that make up that little world.

Language: with classes and study it’s not difficult to obtain a conversational level of French quite quickly – but beyond that you will have to study diligently, because if you don’t have to speak a lot of French every day, your progress will be slower than those who do.  I’ve learned to be patient with my progress.

Scale change: France is roughly “.8 Texas” in size, I often tell people.  I’ve gotten used to the idea that France is a “big country” and that Belgium is a “small country” and that Liechtenstein is a “tiny country.”  When I contemplate it now I realize just how enormous the US seems to most of the rest of the world.  And yet, as a believer in smaller countries (I believe they are more easily governed) I am ever more convinced that the US is simply too large of a country to be governed well.  It’s breaking into 3-5 nations would do the entire world much good, as the instant effects would be to end dollar hegemony and US military overreach.  It’s also the only circumstance under which I would ever contemplate a return to the US, because then there would be real hope for real change.

Bureaucracy: I understand the French completely in this regard now.  They want all their paperwork just so, and everytime I’ve had it thus, the process, whatever it has been, has been expeditious.  Fill out the forms and wait.

Dairy Snob: In America it is the cereal and snack isles that present you with almost limitless choices, though it’s all highly processed and generally not good for you.  In France you are confronted with that same panoply of choice when you get to the cheese, yogurt, and dairy sections.  The French truly love their dairy products, and most French cows are kept in the grazing conditions they have enjoyed for centuries.  You get to really love good butter, cheese, yogurt, and milk.

Guns: I have come to realize that America’s gun culture is a weird substitute religion.  I served in the US military and as such have, in the past, owned and used guns for range practice, to keep up my marksmanship.  But this whole “right to bear arms” is an irrelevancy in the age of drones.  Stockpiling weapons only makes sense if you’re:

a) paranoid enough to think that the government is going to come to take them or
b) stupid enough to think you have training, skills, or firepower to resist if they do or
c) you are willing to die for the abstract “right to bear arms” (whatever that means) which would make you a martyr for your gun religion.

Guns, in their proper context, can be an enjoyable hobby, like archery.  But in America, it’s a religion, and that’s unfortunate, because it’s pretty poor fare, as religions go.

The EU: I came to Europe as a hardcore Euroskeptic and lover of small government and nation-state sovereignty.  I was in Glasgow for the Scottish Referendum in 2014, cheering for Yes, I was in London for Brexit, cheering for Leave, and yet I live in France, a nation that was a founding member of what is now known as the EU.

I would say that I am still a lover of small government and would happily support Scottish departure from the UK and Catalonian separation from Spain.  Let them try it on their own.  The worst that can happen is failure – but at least it’s something ventured.

And yet, I see that the EU does do good.  I accept that it has played a role in keeping the peace, but it must share credit at least equally with NATO, which has more than words to back itself up.  If the EU is to succeed (and I’m not opposed to its success) its future might lie in a two-tier approach – one in which there is tighter, deeper cooperation – for example with France, Benelux, Germany, Denmark, Sweden, and Finland, in which there is an integrated government, executive, and judiciary, and a second tier which is the greater EU, which would lie outside a currency union but exist in a free trade zone with some limitations on freedom of movement.  This would allow countries to sign up for more Europe or less Europe, and it would be better than the current “one size fits all” absurdity that puts Greece in a currency union with Germany.  The world is changing and the EU too must change if it wants to not just survive, but thrive.  Hence I remain a Euroskeptic…of the current iteration of the EU.  Hopefully it can change, especially as Brexit negotiations will lead to existential questions.

Pace of Travel: When I was a tourist visiting Europe from the States, and even in my first year here, I was in a frantic “see all the things” mode.  Who knew when I would be in Europe again, I thought to myself, so why not go at a breakneck pace?  But when you live here you realize it’s all within reach, be it a 10€ bus ticket, 25€ train ride, or 50€ flight.  And, should you keep your health and wits about you, it will continue to endure and be there for you.  So, when my friends come to visit, I try to slow them down too.

Pace of Life: This is perhaps the most wonderful thing about my life in Europe.  I’m a business owner and have been for many years.  As such I’ve been able to take off for short and long trips at almost any time of the year.  But I could only do so with fellow independents.  In Europe, all my friends with jobs have plenty of vacation time, and as such we can take short trips together all throughout the year.  We partition life and work and leave the office in its place when it’s time for life, and vice versa.  Americans throw around the phrase “work hard play hard” but, in Europe, it’s just called life: there’s work, there’s life, and time to enjoy both.  No need to binge or “go hard” on either.

Through all these changes I observe that there is no “right” way to do things in various countries and cultures.  There are just different ways to do things.  But, some of those ways are better than others, and I happen to think that Europe does a lot of things well.