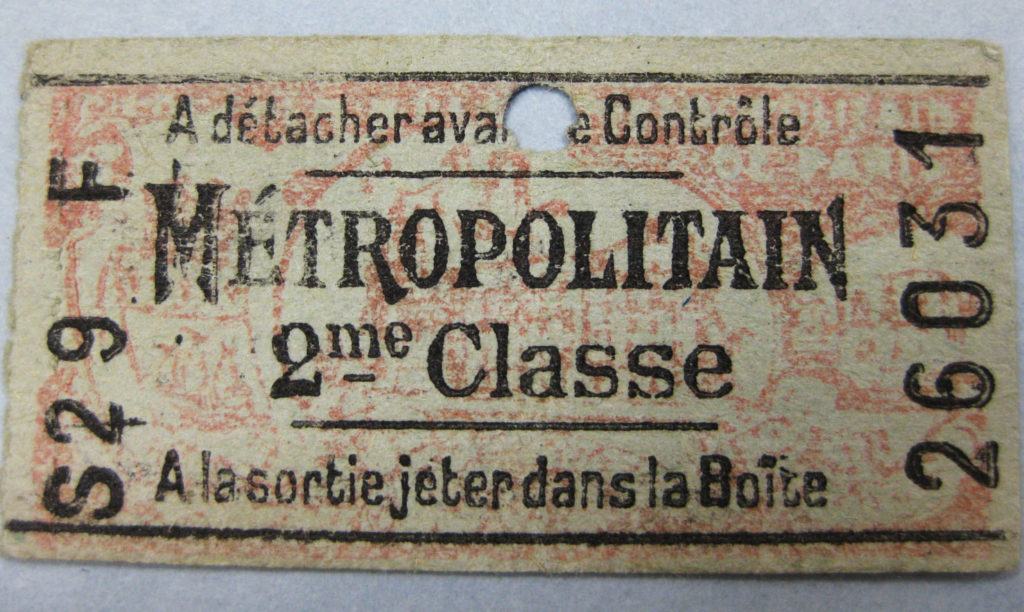 I was standing with a number of my fellow passengers that had just disembarked at the Saint-Germain-des-Pres metro station.  There were a number of ticket inspectors in front of me scanning the Navigo passes or simple tickets of the passengers.  Were we on the Metro legally or not?  They were there to find out.

My thoughts on fare cheats in general, and on those in Paris in particular, are for another day and another article.  Suffice to say there are always at least half a dozen people receiving tickets of between 35€ (you have an unused metro ticket in your possession) and 50€ (you have nothing) fines.  If you’re using a friend’s Navigo (we all have our pictures printed on them) you’ll get a 70€ fine.  And those are the “on the spot” payment costs, and yes, they do take credit cards.  It’s more if you pay later, and even more if you pay that fee past a certain date.

So why am I telling you this?  Obviously I had an intact Navigo (I’m on the annual pass plan), right?  Yes, except when my inspector tried to scan it she had a bit of trouble.  “Follow me,” she said in French.  We went to the main ticket window and they verified that my pass was indeed valid and that I had scanned in correctly from the last station.  “I’m going to get you a new card, this chip has worn out – it’ll be at your home metro station, which is?” Her French was fairly fast but by the time she stopped speaking I had put it all together and told her, “Reaumur-Sebastopol.”  “Okay, so I’ll have it there for you this evening.  In the meantime, here’s a day pass good for all 5 zones.”  I smiled, shrugged my shoulders, and verified, “Pensez-vous qu’il pret ce soir?”  “Definitely, perhaps even in an hour,” she replied.

True to form, I got a text message telling me that my Navigo was waiting for me at my home metro station about an hour later.  I was flabbergasted by the efficiency of, of all agencies, the RATP.  Some time later I got there and showed them my text message and asked for my Navigo.  It was indeed there, but then commenced a 15 minute ordeal for the woman who tried to activate my card.  She called three different colleagues asking them about “a little checkbox that won’t click” in my profile on her screen and then asked me in French if I was in a hurry.  I nodded.  “Well, if you want to come back before midnight…” “Ici?” I interrupted.  “Non,” “not here, and not me, but my colleague in Les Halles.”  My head swam as I thought about which window to go to in the largest metro station in the world, Les Halles.  “Which exit?” I asked.  “9.”  I thanked her and some hours later I wandered into Les Halles and her colleague had not had a card printed for me but used my text message to create a new pass for me.  I tested it, and it worked, and I went home.

The next morning, I got a text message saying that my card was ready at Reaumur-Sebastopol.  On my way into the office I stopped in and told them that I had already gotten a new card made the night before, and after a bit of checking, he marked that I had picked up a card and tossed the extra card made for me in the trash.

All this is to say kudos to the RATP, who are proactively trying to fix a problem: updating people’s defective Navigos at an inspection point, and even making it easy, using a day pass and text messaging.  But even when they make it easy, it isn’t necessarily frictionless.  And that’s okay.  Be patient.  It’s France.  Why are you in a rush anyway?

The image is of a Paris Metro ticket from the WWI era.