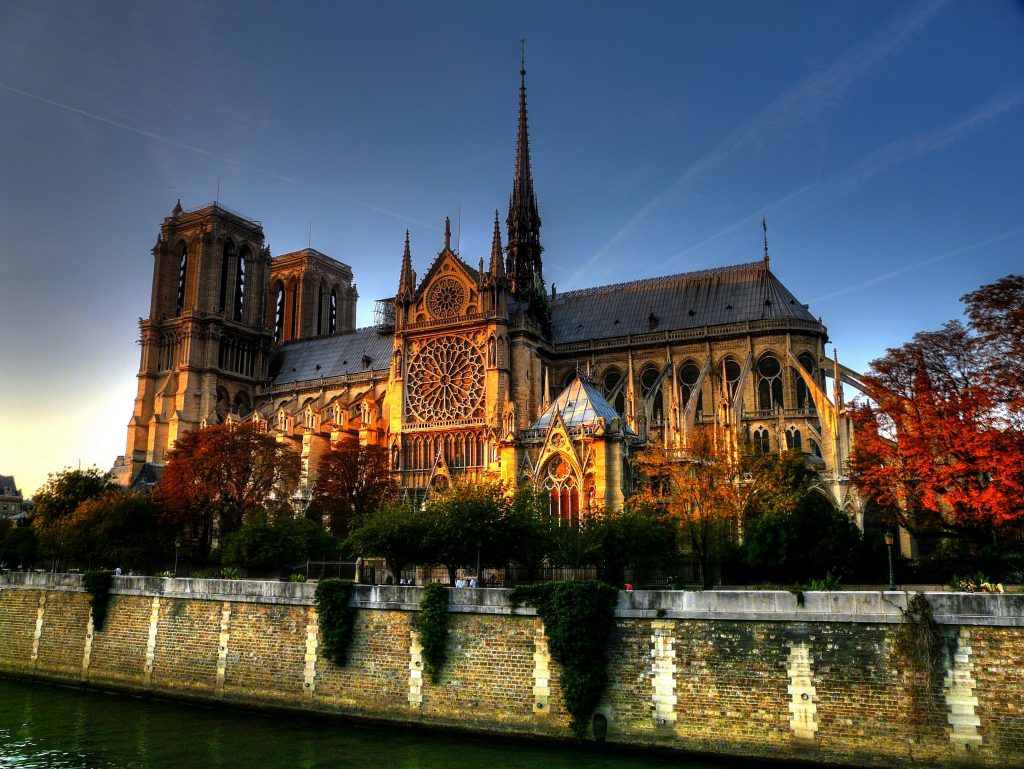 So, I’ll be honest – this was the very first book I wanted to choose for you, dear readers.  In English it is known as The Hunchback of Notre Dame.  But I feared that picking a 450-page novel as the first book might discourage many and make you feel that I was being a bit too “book clubby” (as Literature majors are often wont to do).  My goal was and is to give you a chance to know Paris well through books, whether you live here now, plan to live here or visit, or never shall.

This book should be required reading for all Parisians, and the inadequacy of the English title has to be addressed first.

The book is not now, nor has it ever been titled, “The Hunchback of” Notre-Dame.  Indeed, I’m glad to see that in the recent Penguin edition there is a pushback on this point.  The story is not about a hunchback.  It is about the power, majesty, and importance of the cathedral of Notre-Dame de Paris.  The entire story is built around it.  At the end of the day, the Hunchback is just a character in that story, but he has been seized upon by Disney and others to be the protagonist in a story about not hating the outcasts of our society – when, laughably, this novel is much darker and less obvious than the after-school special some would have us believe it is.

The trouble with translation is if you get it wrong, you can miss an entire audience.  Sometimes those tweaks are obvious and smart: The Martian was translated into Seul Sur Mars when the movie came out here.  There was also the Kate Winslet/Josh Brolin film Labor Day which was translated as The Last Days of Summer here in France – for one thing – Labor Day is in September in the United States and marks the end of summer – in Europe Labor Day is May 1st and is a marker for summer’s approach.

So somewhere in the 1800s the English translators decided that because a title like Notre-Dame would lead readers to think this was a religious work (though how they could think that with Victor Hugo as the author, I don’t know), they went with “The Hunchback of…”

So, my complaint aside, Notre-Dame is, truly and simply, a masterpiece.  Not only is it among the best works you can read to learn about Paris and its history and layout, but as literature, it is truly great.  It’s part history lesson, part architectural study (via digression), part character examination (both of the French national character and of individuals), and part tortured love story, just to name a few areas that Hugo dips his pen in.

But what stays with me more than anything, and revists me often when my eyes fall upon my favorite object in my beloved city, the church itself, are Hugo’s words.

“…a vast symphony of stone, if we may be allowed the expression.  It is the colossal work of a people and one man, like the Iliad or the Romanceros, of which it is a sibling.  It is the prodigious product of the forces of the age in which the fancy of the workman, chastened by the genius of the artist, is seen surging forth in a hundred ways on every stone.  In short, it is a sort of human Creation, powerful and fertile as the Divine Creation, from which it seems to have borrowed its twofold character of variety and eternity.”

“This is truly an opera well worth listening to.  Normally the noises that Paris makes in the daytime represent the city talking; at night the city breathes.  In this case the city sings.  Lend your ear then to this tutti of steeples; listen to the buzzing of half a million human beings, the eternal murmur of the river, the infinite breathing of the wind, the grave and distant quartet of the four forests placed like immense organs on the four hills of the horizon.  Soften, as with a demi-tint, all that is too shrill and too harsh in the central mass of sound – and say if you know anything in the world more rich, more joyful, more golden, more overwhelming than that tumult of bells, than that furnace of music, than those ten thousand voices of bronze singing all at once from flutes of stone three hundred feet high, than that city which has become an orchestra, than that symphony which roars like a storm.”

On the fact that prior to the printing press, cathedrals were at once our great books and libraries…

“Let no one be deceived, architecture is dead, with no ghost to return, killed by the printed book because it did not last as long and cost more…A book is quickly made, costs so little, and may go so far!  Is it surprising all human thought should flow down that slope?…architecture will no more be the social, collective, dominant art.  The great poem, the great work of humankind will never again be built, but printed…When one tries to grasp a complete image of all the products of printing to our days, does not the whole appear to us like an immense construction, resting on the world…it is the anthill of intelligence.  It is the hive to which every kind of imagination, those golden bees, brings its honey.”

It’s by no means a short read, but it will be one you will enjoy.