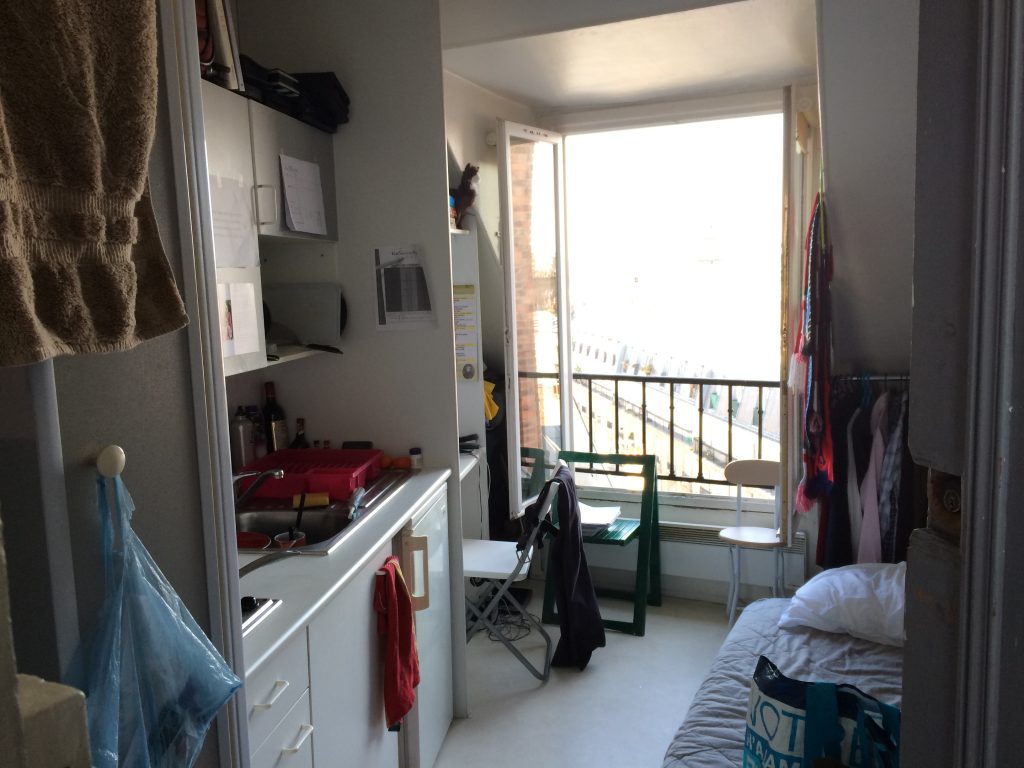 Keep in mind that there is a reason the word “bureaucracy” has a French etymology.  The French aiment their paperwork.  Efficiency is not a vice, per se, but why be efficient when you can cloak yourself in the warmth of saying “non” to people, just because you feel like it? When I first started researching a move to Paris, in August 2012, my eyes glazed over at the stories I read: “Must provide paycheck stubs” (I’m an entrepreneur, so my cash flows don’t always come that way), “must sign a 6-12 month lease,” (I needed to maintain flexibility, especially if I didn’t like a place).  There had to be a good way to get an apartment in a foreign country before you got there.  There was.  Enter AirBNB.

I was an early adopter of this service, staying at my first place in 2011 when I visited Austin.  I love the service and have used it frequently ever since.  I figured Paris would have a lot of options, and indeed, there were, but there was a reluctance on the part of many of the owners to take on a long-term renter, as there seemed to them to be less trouble and more money in the short-term renters.  After inquiries and searching I settled on a 8×8 foot shoebox in the 17th arrondissement that would cost me 800 euros per month and would be all inclusive (water, internet, gas, trash, electricity).  The toilet, a squat one, was down the hall but I did have my own shower and kitchenette, etc.  My host was used to a bevy of weekly guests so she took some time before assenting to my proposal to stay six months or maybe longer. I visited in November 2012 while on vacation in Europe and moved in over a year later, in December 2013.  It was as I had remembered – perhaps a little smaller ;-).  I lasted a little under 3 months.

It wasn’t hell, by any means.  I came to realize that I was paying a high rate for the amount of space I had (24 square meters).  I also realized it was incredibly central (perfect for my day job) but also very quiet (not “hopping” as far as nightlife goes).  There was a nagging problem with the plumbing and backflow from my sink going into my shower.  Six weeks in I had had enough and started looking for other accommodations, again on AirBNB.

Why did I pick that site?  Less risk: AirBNB had insurance, and direct links to these people’s bank accounts so people were disincentivized to do you wrong.  Often times I also had access to testimonials from others and plenty of good photos.  I was also going to have something furnished and all-inclusive.  My second situation did not work out as planned (stay tuned for Part II, a harrowing but hilarious account of my worst week in Paris) but I am very pleased with where I am now.

I found the listing for my current place on, of all sites, Craigslist, which is nowhere near as popula(i)r(e) as its French equivalent, Le Bon Coin.  The apartment costs 690 euros, all inclusive, and unbeknownst to me, had great views of Sacre-Coeur and The Eiffel Tower.  The listing led me to a service called Paris Expat.  They are pretty cool and cater to English-speaking expats.  They know our pain.  This place would be bigger AND cheaper than my last place.  Parfait.

I was able to see, decide, and pick up my keys for the place all within the space of 6 days.  It could have been sooner had I not had a request of the owner which was generously granted, and if I had not already paid for a week’s accommodations on the other side of town.

Here’s what you should expect (and Paris is a fairly stable market) as of March 2014. Outside the city, all inclusive, 10×10 (29 square meters), with a minimum 30 minute commute by TRAIN (RER) not Metro, 500 euros. Inside the city (in one of the 20 arrondissements), 750 euros. Inside the city, with a private bathroom and a “living room” area, 1100 euros. Should you wish to have a roommate obviously all these prices come down, but then the paycheck stubs and all that come into play, which are not easy to produce for those of us here on non-working visas.

I’ll cover “cost of living” in another article but expect to pay a security deposit as well as an agency fee (be it through AirBNB or ParisExpat or any other service) equivalent to 5-10% of your entire lease.  You’ll need a good chunk of change in your pocket come moving day.  And some smiling faces and helping hands to help you up all those flights of stairs.  More on that, next time.