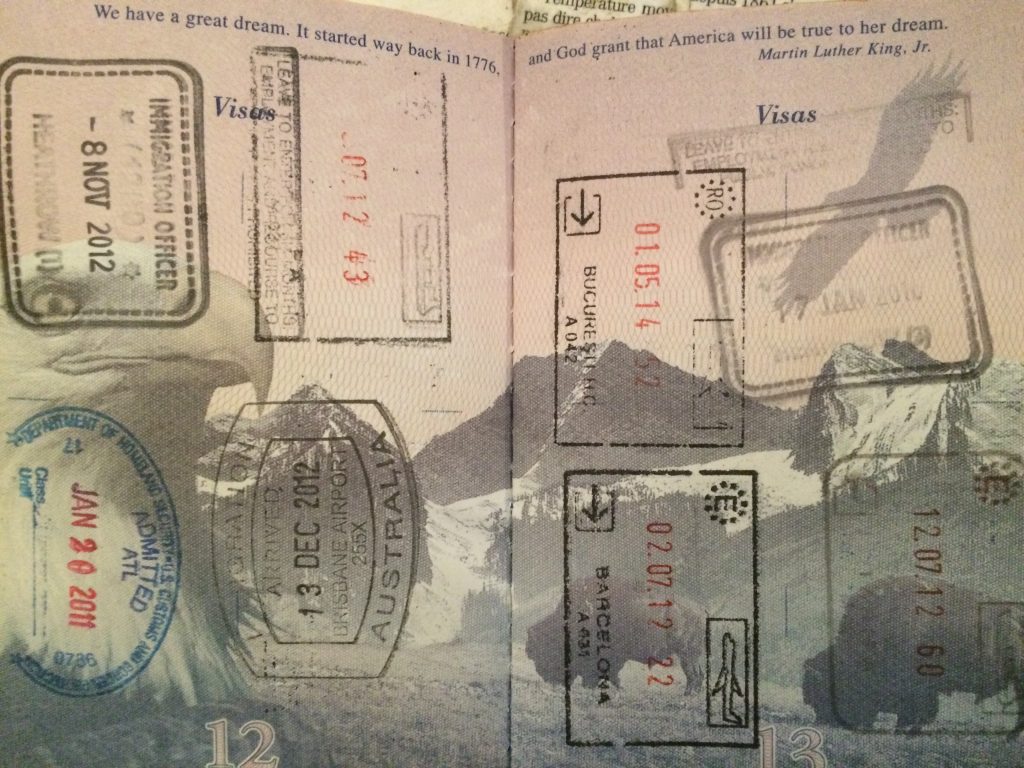 A huge pit formed at the very bottom of my stomach.  A hot flash of embarrassment started at my chin, ducked below my eyes, and lurched forward onto my forehead, spilling down my cheeks.  These physical reactions usually accompany the realization I have done something catastrophically wrong.  I said the words to myself, just for effect:

I forgot my passport.

I rehearsed quickly what I would tell my French cab driver, which would start with an apology and a request that he immediately turn around.

But my brain had already run ahead of me (as it is wont to do), presenting two factuals:

1)  If you turn around now, you will certainly miss your flight.

2)  On several occasions you have flown within the Schengen zone and not been asked for your passport.

This stood against the conditional:

1)  How do you know they will ask for your passport?

Since turning around to get my passport offered the same risk as trying to board my scheduled flight and being turned away (missing my flight), I decided to proceed.  My brain asked the conditional “But what about returning” question but answered it within seconds saying: “Let’s worry about this first.”

If the driver had looked back during the two-minute colloquy that had begun with that flush of embarrassment, he might have seen my furrowed brow accompanying my eyes glancing out the back window, moving side-to-side in a slow calculus, because surely part of me was wishing I took a short international flight more seriously than a bus ride.

Worse — I still didn’t have my permanent carte de séjour — I wouldn’t have it until April.  All I had was my temporary récépissé, which simply indicated that I would get an ID.

I showed up at Paris’ southern airport, Orly, about 30 minutes before boarding time.  It was a 07h20 flight to Rome.  It was my grad school friend Donald’s birthday, and he was due to be in Italy for a few days, so I thought to join him for dinner before coming back to Paris the next day.

As I passed through security the only thing they asked for was my boarding pass, which I was carrying electronically in Passbook.  I cleared security with a little bit of private nervous laughter.  As I moved towards the front of the boarding queue, I unfolded my récépissé and steeled myself with a confident insouciance (imagine a “What, I need a passport?” type of look).  The gate staff were really only looking to see that my name matched the one on the ticket so I’m not certain she even realized what class of ID I was presenting.  I shook my head after I passed through and wondered why I had been conditioned to think that in a 1st world country it was vitally important to always show ID.  Grateful for the nonchalance of the gate agents I started planning for hitting the ground in Italy.

Donald had booked a cooking class beginning at 10h00.  Since I was due to land a bit before 09h00 I knew I would have to take a cab.  Traffic cooperated and I arrived there and had a 6-hour culinary experience of learning, prepping, cooking, and eating.  It was lovely.

Since the theme of this blog has always been focused on Paris and France, I’ll perhaps share the details of the Rome trip at another time and in another place.  For now, know that I am writing this to you somewhere over northern Italy.  On my return to France the Italian gate agent had taken exception to my récépissé, but fortunately two (quite lovely) Russian ladies who also did not bring their passports had already been asked to stand aside while a supervisor was called.  I was asked to stand with them and we started speaking in French about the Schengen area.  “I didn’t forget,” said the older one, “I simply didn’t bring it.  You don’t need it in Europe.”  I shared that I had needed it in Romania, Poland, and Croatia, but then added, “but I’m not an EU citizen, you know, so I never go in your line.”  “Ah yes, she nodded.”  The gate agent returned and waved us through.

This time the cool wave of relief started at the top of my forehead and slid slowly and luxuriously down my head, cascading over my shoulders, and down the rest of my body.  I flipped to “music” on my iPhone, tabbed to David Gray, put on Shine, and slipped my noise-cancelling headphones on.

Moral of the story: write a huge note to yourself of DON’T FORGET YOUR PASSPORT YOU NON-EU CITIZEN and put it on your computer monitor the night before any international flight, Schengen or not.

Photo taken of some of the pages in my passport.

5 thoughts on “Forgetting My Passport”