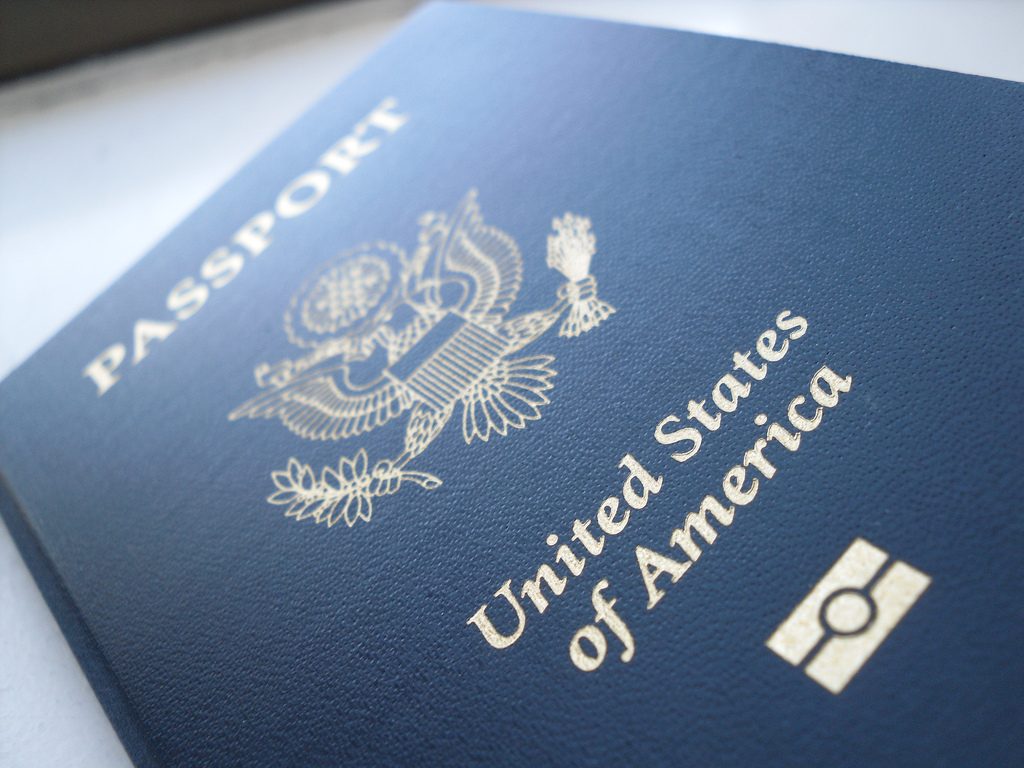 One of the challenges of living in Europe is that you may get your passport stamped a lot.  I say may because there are times I’ve traveled through four countries and never been asked for ID, much less a passport.  But if you do leave Schengen (most notably, to go to the UK, or to the newer Eastern European members of the EU, i.e. Poland/Hungary/Croatia, etc.) you will probably be asked for your passport.  If you have your French carte de sejour (the card version, not the sticker in your passport one) you can sometimes use this in the EU passport line.  I’ve tried it more than once with success, and always had the backup plan of playing “dumb American” if it didn’t work. 🙂

This is all to say that my 26-page US passport was coming to the end of its useful life last November.  Though it was still 3 years to go until renewal (American passports are good for 10 years these days), I was out of pages for stamps.  Yes, I know, tough life for Stephen.  My problem was compounded by the fact that the US Embassy in France was directed to stop adding extra pages to passports on December 31, 2015, a fact I found out in late November when looking through their website.  Given that I would need my passport all throughout December for travel, I couldn’t spare it for the 2-3 weeks the embassy would need to make the extra pages.

By the time I had a moment to go to the US Embassy in Paris in late January of this year, I had figured out that I had to renew in person: foreign residents aren’t permitted to mail their passports back to the the US for extra pages service (which still exists there, anyway).  The instructions stated this in bold and the embassy employee confirmed it.  Again, due to travel, I couldn’t surrender the passport for 2-3 weeks or even the 2-3 business day expedite service.  My “I’m out of pages” reason didn’t qualify for any higher level of expediting.  And given how customs officials don’t seem to care about stamping over previous stamps, perhaps it wasn’t that big of a deal anyway.  But I didn’t want to chance it.

“So I should do rush processing when I’m in America next month?” I asked.  He shrugged, then nodded as he realized that would be easy.  I told him I would be in Los Angeles for a segment of my trip and he said they did same day processing.

As I got ready to leave France I called 1-877-487-2778, which is the number to make an appointment for passport services in the USA.  Since I wasn’t 14 days from leaving the US (I hadn’t even technically arrived), they said I couldn’t make an appointment yet (I found out later this wasn’t true).  She then told me to call back 14 days prior to my leaving with the date I wanted the appointment.  Alas, the next available time was while I would be in Kansas City for a week visiting friends and family – and there was no regional consulate there.

After perusing the interwebs, I gleaned that I might be able to get in with no appointment IF I showed up at some terrible hour in the morning (note: terrible is generally anything prior to 10am), but in this case it would be compounded by waking up even earlier to drive there.  I left north Orange County at around 5am to arrive at 11000 Wilshire Blvd at 6:30am, 30 minutes before the opening time on a Wednesday (normal hours are 7am-3pm).  The line was 30 deep already, but of the 20 only 5 were without appointments, including a couple who had their suitcases with them!

When I got to the window around 7:15am I got the skinny which the interwebs didn’t provide: no-appointment folks (like myself) would only be seen if they had proof of travel within 48 hours.  I was 12 days out, timely by appointment standards, but not by standby standards, which was only for the most desperate.  “Make an appointment for 2 days before you leave,” he told me in response to my stating I was going to be in KC shortly.  Trusting in the “we see everyone in line on Fridays” rule (my flight to Europe would be on a Sunday) I called the 800 number again and this time used the automated system to get an appointment for a date and time of my choosing, which would be the 18th of March at 7am.

This time, I left at 530am, with the confidence of someone who had an appointment in hand and who understood how the system worked.  Even better, I was a veteran of the French immigration system.  Did these Americans, with their simple and easy 5 requirements, think they could intimidate me? 🙂

Everyone lined up in the same place as before, but the line was longer as I arrived right at 7, not at 6:30 as I did the time before.  After a few minutes, the guard left the main lobby and walked over to that side of the building and that line and directed those who had appointments to go to the lobby and everyone else (non appointment peeps) to stay there.

Anticipating this, I had loitered in sort of a neutral in-between spot, pretending to look at something important on my phone.  As the line started moving my way I slowly ambled towards the main lobby to the line outside to enter the security check.  I was third in line to enter.  The French “lines are for other people” attitude was engrained, I guess!

I had my paperwork ready to go after I passed the security check, and 20 minutes and $200 USD later, I had a claim check and a 2:00pm pick up time.  The costs included a passport book (the super size 52-page edition, no extra charge), a passport card (used for travel in North American and the Caribbean: I figured why not pick one up since I was there anyway), and the expedite fee.

I got breakfast, went to the beach, about 10 minutes away, then whiled away 2 hours at the amazing Getty Center, just a few miles up the road, and one of my favorite places in Southern California, and returned at 2pm thinking I would simply go back into the building and high five myself after getting my new stuff.  The guard pointed me in the direction of a line that was three times longer than the morning line.

“But I’m here to pick up,” I said, thinking I was special.  “So are they,” he must have said for the thousandth time.  And coming back earlier wouldn’t have helped – a couple who came at 8 got into the line at 1 so they would get to the window at 2.  No luck – theirs wasn’t ready yet.

So I plopped down at the end of the line and read for about 90 minutes as the line slowly snaked forward.  As it got closer to 3pm some nervous nellies asked the guard if they would close the window at 3pm.  “We’ll see everyone in line,” he said patiently.  And it made sense.  It was a 120 second interaction for the slowest, as far as we could tell, and about 30 seconds for the fastest.  You or a designated agent hand over a claim check, show ID, sign, and get the passport.

So around 3:30pm I finally pulled onto the 405 to go back to Orange County, which most people know is precisely the wrong time to get on that freeway, and the carpool lane didn’t have it any better.

So, I “lost” almost a full day bringing you this information, and you will likely lose the same executing this, but bring a book, some snacks, a friend, and a fully-charged phone, and you’ll be fine.  To say nothing of the fact that you’ll have a brand new passport in your hand that same day.  That will make it all worthwhile.  Even the 4am wakeup part.