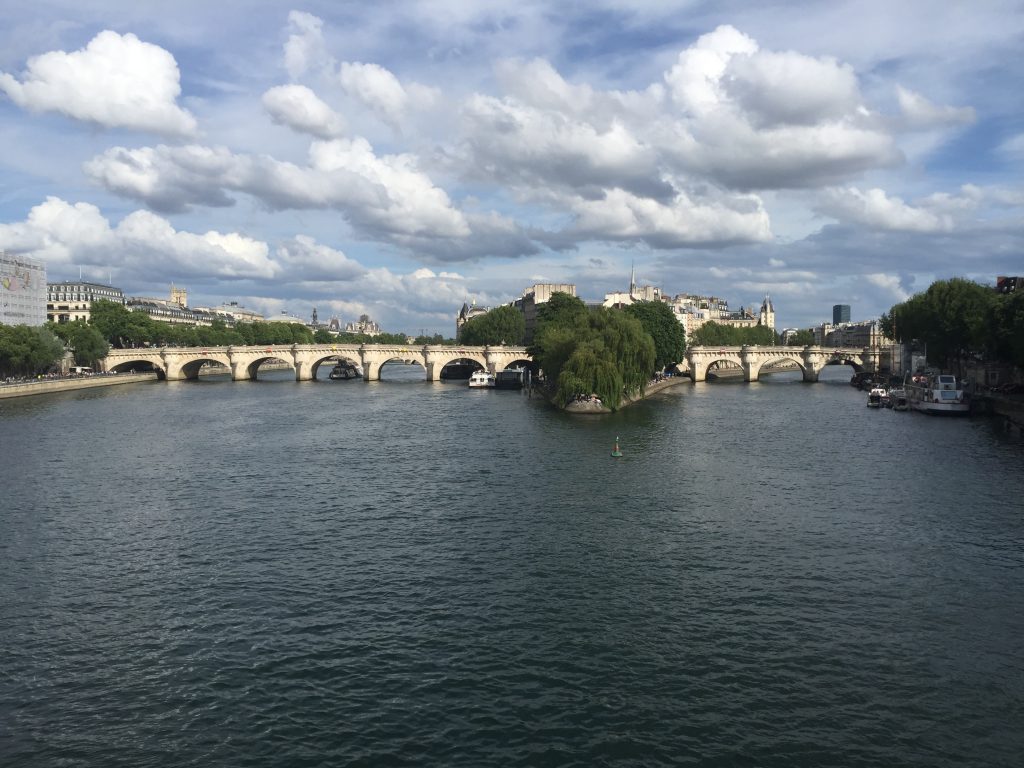 I really think that Americans in particular don’t leave enough unscheduled, unstructured “white space” in their European travels.  They run around, convinced that they will never return, and so they have to see everything.  I know.  I get it.  That was me once upon a time as well.  But while that allows you to mentally “check off” the big sites, it doesn’t really allow you to enjoy Europe — and Paris — the way these destinations are truly inviting you to enjoy them.  Here’s a sample of said freneticism, from an email I received from someone planning a trip:

Upon our arrival we are spending most of the day on the 26th at the Louvre.  On the 27th we are traveling to Versailles.  On the morning of the 28th I would love to accomplish two things, a quick tour of the catacombs and then a stroll in the areas of the fashion houses.  Is that at all possible to accomplish both?

I had only been in Paris a few months at the time, and I already knew that her itinerary was problematic, to say the least.  The lady had prefaced this by saying she had waited 28 years to come to Paris.  And this was her plan?  Alas she refused to take my advice to cut one or more things from her crazy itinerary.

This “do all the things!” trend seems to be endemic to Americans.  They want to see everything and are overwhelmed with advice and information (half of it terrible) from friends, family, blogs, and TripAdvisor.  If this attitude sounds familiar (no need to raise your hand!) the key is to focus and craft a schedule with the really important things you hope to do.  Add “white space” to the schedule: time to just relax and enjoy the city and the magic moments that can happen, instead of rushing around to see “the next thing.”

This leisured manner of sightseeing, that leads to lasting memories instead of a confused blur, is something you are unlikely to do with the Paris Pass, something designed for the FOMO-obsessed visitor who has to see everything.  So, to underline my perspective, here are four reasons you shouldn’t drop hundreds of euros on this tourist trap of a product.

1.  It’s overpriced.  As with most “deals,” you spend your time trying to knock out the big-ticket items so you can prove to yourself you got a deal, even if you have only the vaguest interest in said item.  Do you think they bundled all this together to save you money?  The Pass is about convenience, and they want to get paid for that.  Anyone who actually saved money using this thing only did so by running around the city at top speed.

2.  The bundled Museum Pass isn’t for everyone.  Yes, I’m an art lover and in a past life I gave private tours of the Orsay and the Louvre, but plenty of visitors are not that obsessed with art and museums, and are happy to just go to a few of the museums in Paris; they don’t want the weight of obligation (or the rushed timeline) that having a “pass” puts on you.

3.  You won’t use the metro nearly as much as you think.  This comes with an all-you-can-use Metro pass for a set number of days, which is a huge waste of money.  People have no idea that Paris is so walkable — and beautiful to walk.  If you’ve walked enough, you can opt for the shared Velib bikes or the ubiquitous electric scooters.  If and when you need to use the Metro, use an easily refillable Navigo Easy.  If you are going to be here for more than a week, and plan to head out of Zones 1 and 2 a lot (Versailles, Disneyland, Fontainebleau, etc.) starting on a Sunday, Monday, or Tuesday, stop in and get a Navigo Decouverte.

4.  You will be stressed, not aided, by their 120-page book.  They boast entrance into places that are too varied and uneven in their characters to be “must-sees” for every single guest.  Even one of my favorite Parisian buildings (and included in the Paris Pass), the Garnier Opera House, is not a “must-see” on your first visit to Paris.

So, save yourself time, money, and stress by NOT buying the Paris Pass.  it’s for people interested in frantically running around the city so they can later tell people what a “deal” they got by buying some overpriced card, or for people who think Rick Steves knows what he’s talking about.  If you’re interested in taking this city on at a reasonable pace, with white space sprinkled throughout the day, and are willing to not see “all the things,” you should avoid the Paris Pass (and its advocates).  Paris is a place to be experienced, not a checklist to be achieved.