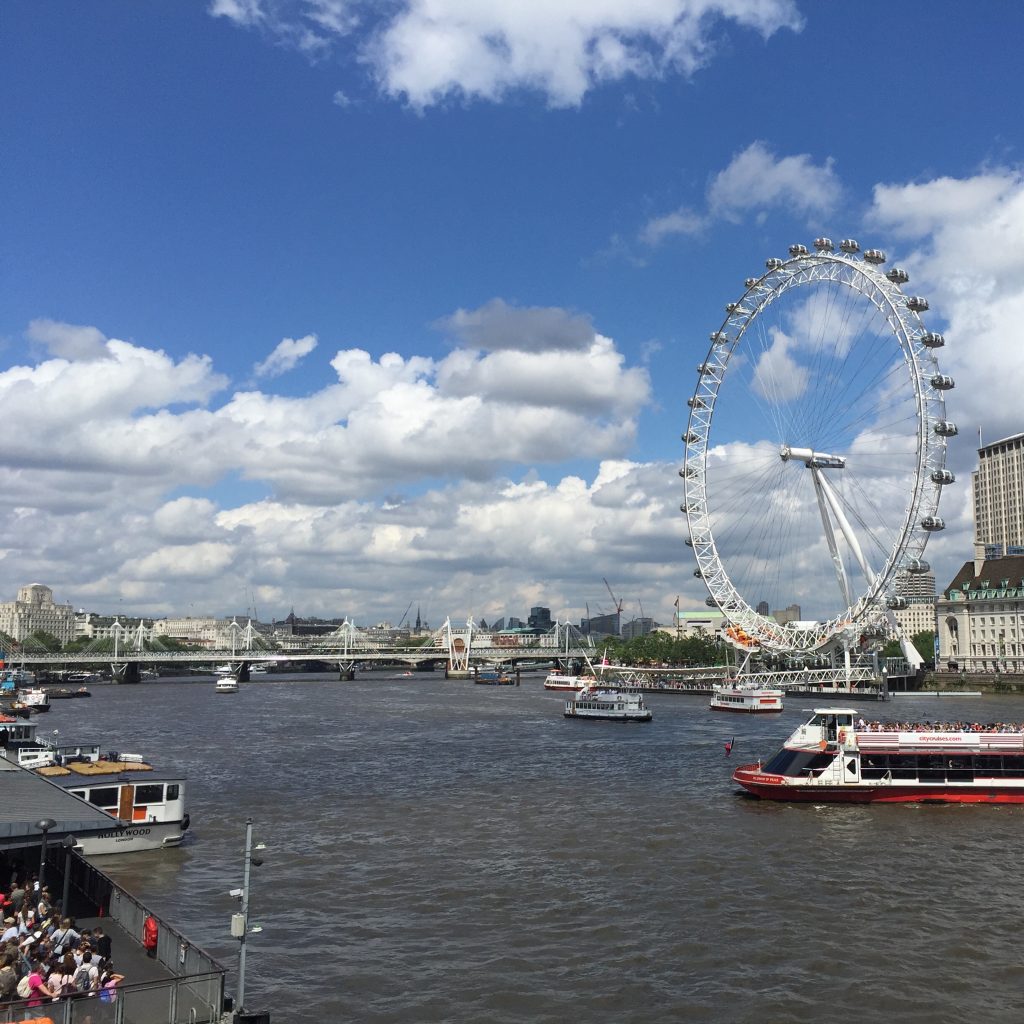 I often tell people I never expected to like London as much as I do.  Don’t get me wrong — I would never, ever live there — it’s too expensive, rushed, big, and dense.  But for a few days at a time, quietly sipped, it’s a wonderful retreat for a native English speaker.

For one, most of the museums are free.  Over eight or so visits I’ve gotten to see the great treasures of the National Gallery, the National Portrait Gallery, the British Museum, the Victoria and Albert, the Tate Britain and the Tate Modern, the Natural History Museum, as well as had the chance to venture out to Greenwich to see the marvelous nautical museums out there.

Then there’s the food.  Just saying the word “spicy” is enough to make French people reach for their throats, pre-emptively coughing.  It’s not their fault.  There’s not any native spicy food in France.  Same for the cuisines in Germany and Switzerland.  But the British palate, stretched by colonial ambitions, can tolerate quite a bit of spice, and so you see many more Indian and Malay restaurants here, done using authentic spice profiles.  You can find those cuisines, and dozens more, for bargain prices.  There’s also the theatre.  As a native speaker of the language I appreciate all the nuance, humo(u)r, and wordplay without the need for a translator or intermediary.

In a way, London is where I go to remind myself what it feels like to freely breathe in my native language, whereas in France, my French reading comprehension has far outpaced my speaking speed, so while I scan through Le Figaro or Le Monde at my regular English reading speed and truly understand what is written, my speed in discussing issues spoken about between those pages, or any issues in general, is slower.  I’m always a bit more cautious and held back with witticisms, jokes, or the casual jump-in of a serious conversation in my new language.

As for getting to London, having flown in and out of Luton, Gatwick, and Heathrow from Paris, I’m a very big advocate of taking the Eurostar.  If you book 6-8 weeks in advance, you can routinely pay around 50 € each way, which is not only competitive with the lowest rates you can pay to fly, but it’s one of those rare instances in which taking a train is actually faster than taking a plane.  The Eurostar is 2 hours and 20 minutes, Gare du Nord to Saint Pancras, and is city-center to city-center, connected by the Métro and Tube, respectively.  Even the fastest trip from Gare du Nord out to CDG is going to take you at least 30 minutes (slightly longer to get out to Orly), then you need to get through security, and then you need to be there at least one hour before your flight.  By the time you have done all that, you could have already been in London, and you haven’t even left Paris yet.  So, if you want to take a few days’ trip to London, you can get there and back pretty quickly, and pretty affordably.

The question might be accommodation.  And that’s a fair point.  Over the years I’ve developed a really wonderful group of friends in London and if they are in town I can often crash at their places.  But if everyone is out of town, I can find a hostel (25-35 €/night) or an Airbnb/hotel (55-75 €/night).  Just be prepared: in London they aren’t shy about renting out spaces that would be glorified closets in America.  You can get more space, of course, if you’re willing to pay for it.

You don’t need to regularly visit, as I do.  Just go once and see how you feel.  I definitely underestimated it when I first visited as a tourist, back in 2009.  Summer, with Wimbledon and sunshine everywhere, is a great time to give it your first try.

I took the picture from Westminster Bridge on the day after the Brexit Referendum, just some minutes after I had left College Green by Parliament, where I had been doing some short informal interviews with some MPs and MEPs on their reactions to the referendum result.  The article I wrote on it is here.