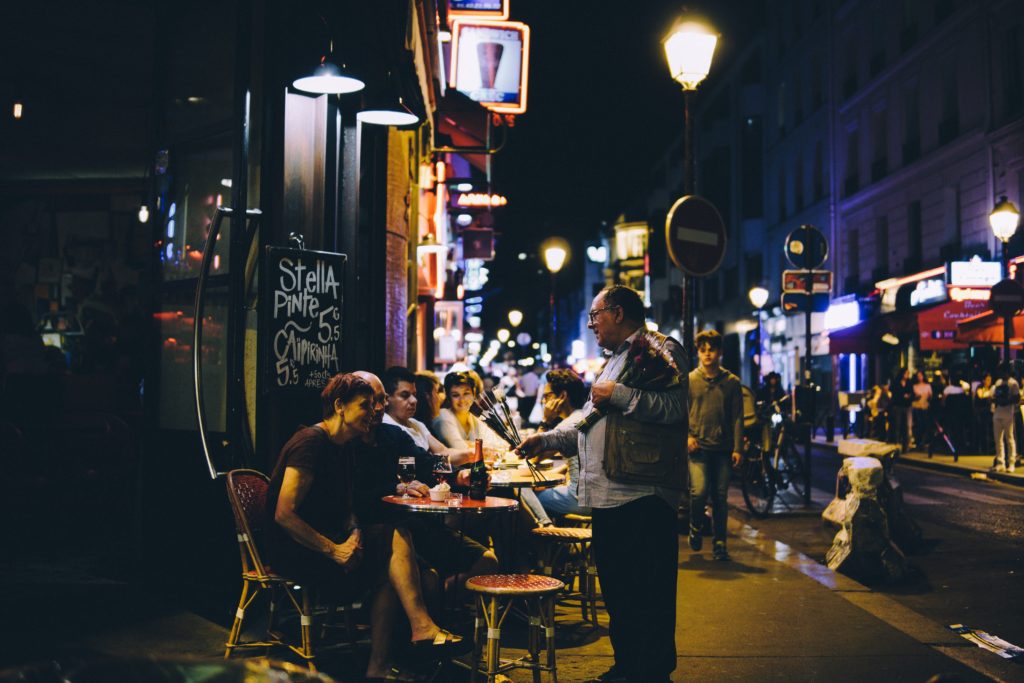 So, here’s the thing.  I never actually planned to live in the 2nd.  After a year on the 8th floor in the 17th, it had come time for me to graduate to a “real” Parisian apartment instead of just living in former servant’s quarters.  My search led me to a ground floor apartment in the 15th, near the Sevres-Lecourbe Metro on line 6.  I was not such an established Right-Banker at the time, with routines and rhythms that I preferred, and I really loved the apartment and the neighborhood.  Alas, during the application process I was competing against an American college student who also wanted the apartment, who first raised her offer (the apartment was going for 1200€/mo and she offered 1400€/mo) to try to beat me.  When I matched, she pulled out the nuclear option and had her father pay the entire year’s lease in advance.  I couldn’t come close to matching it, didn’t want it that badly, and let it go.

Dig your well before you’re thirsty

It’s not an exaggeration that getting an apartment in Paris is tough.  As I’ve shared here before, there are many applicants for the most desirable locations, and there may be nothing wrong with your dossier – someone else’s may just be slightly better.  Hence, if you know you’re going to move, don’t wait until your lease is up.  Get active – start looking, and bargain with both your current and new landlord as needed.  When I got my place in the 2nd, there was a lag of about 6 weeks in between when my lease was up in the 17th and the new apartment was available.  I had been on good terms with my previous landlady (pay your rent on time and this becomes simple) and so we easily negotiated a 6-week extension to get me to my move-in date at the new place, and my new landlady was kind enough to give me the keys a week before my move-in as she was going to be out of town.  I had liked this apartment in the dead center of Paris (Metro Reaumur-Sebastopol, on Lines 3 and 4) after being used to a 10-15 metro ride to get to Chatelet, but I was rather hoping the American girl would find out the apartment in the 15th wasn’t for her, nor was Paris, and I’d be there to comfort that landlord by moving in right away.  I negotiated a one year lease with a 60-day notice to end it with no penalty, and I moved in to the apartment in the 2nd, seeing it as a temporary hardship.

I have to say, I didn’t realize how wrong I was right away.  Those first 3 months were spent rearranging everything.  I now had a kitchen that was almost the size of my entire previous apartment.  I no longer had to take the Metro into central Paris, as I was in central Paris.  I could have friends over for dinner parties or board game nights (and did!).  It was one night months later, the apartment in the 15th long forgotten, as I was pushing open the enormous old door to the set of buildings that comprised my apartments, that I realized, “Wow, I love this neighborhood.”  My address was on Rue Saint-Denis, an ancient pilgrimage route but now home to many of the trendiest restaurants in the center of Paris as well as adjacent to a whole host of cocktail bars that were part of the nascent mixology culture in the city.  I had gone from 8 square meters to 39 square meters, from the quiet and wealthy outskirts of the 17th to the bohemian beating heart of the 2nd.  I was never going to leave…or so I thought.

About a year ago my landlady told me of some changes in her personal life that would necessitate a sale in the medium term – the next 2-3 years – and she was floating it to me because, by law, I had first right of refusal as the current tenant if she planned to sell, but also because we had developed an exceptional relationship tried by all the challenges you could have (like leaks) in a landlord/tenant relationship.  We split standard wear/tear items 50/50 (like a broken faucet) and she 100% covered irregular items (like the stove, washing machine, dishwasher, and hot water heater all breaking during my 3 years).  I would maybe have to meet the delivery man (or occasionally, help him carry these backbreakingly-heavy appliances up 5 flights of stairs) but she was prompt and courteous – which from horror stories told by my fellow denizens – is not the norm in this town (or perhaps, anywhere).

I weighed the decision to buy, but it was mostly academic, because of the cost, and started to cast around for an alternative.  I found it in September of last year and signed a lease.  A friend of mine only needed an apartment for a few months before leaving for an internship in New York, and so she moved in right away and helped to defray the cost before I moved in last weekend, in the waning days of my lease, and she moved into my old apartment, with a prearrangement with my (now former) landlady for special 60-day extension of my old lease, to cover my friend until the day she was leaving Paris.

You can have what’s available

When I say you “don’t get the apartment you want,” I don’t mean that you can only get into undesirable places, but rather that the idea of picking a neighborhood and style of apartment you want is an act of hope, and is not a strategy.  Paris is a very particular market because it features almost-fixed inventory against enormous demand.  There are very few new buildings going up inside the Peripherique, and hence rents have to escalate in order to deal with demand.  So when I say you “get the apartment you get,” I also refer to happy accidents like my place in the 2nd.  It was perfectly adequate as an apartment, but the secret I didn’t know (because I was still too new in town) was what an amazing neighborhood it was.  That is true for many parts of Paris, not just the part that was formerly “mine.”

As the weeks approached for my move it began to weigh on me…I was “missing it already” and telling my friends any chance I could get.  I was probably pre-grieving.  The funny thing is I wasn’t moving out of Paris – but I knew that when I moved I would settle into the same routine I did in the 2nd.  When I first moved to the 2nd, I made trips out to my familiar haunts in the 17th, especially one of the first cafes I fell in love with (Le Poncelet: good, simple, no-fuss food, staff that smiled and knew your name, and never got mad when I sat and wrote for hours).  But over time, that kind of behavior dies as you develop new routines, and begin to love the three blocks around your apartment.  Most of Paris is really just a collection of neighborhoods within neighborhoods in that way.  This was my place for the last 3 years of my journey, and I will miss it.

But the new beginning, and the new neighborhood, is already winning me over.  More about that, soon.

Photo by Yannis Papanastasopoulos on Unsplash

2 thoughts on “Goodbye to the 2nd”