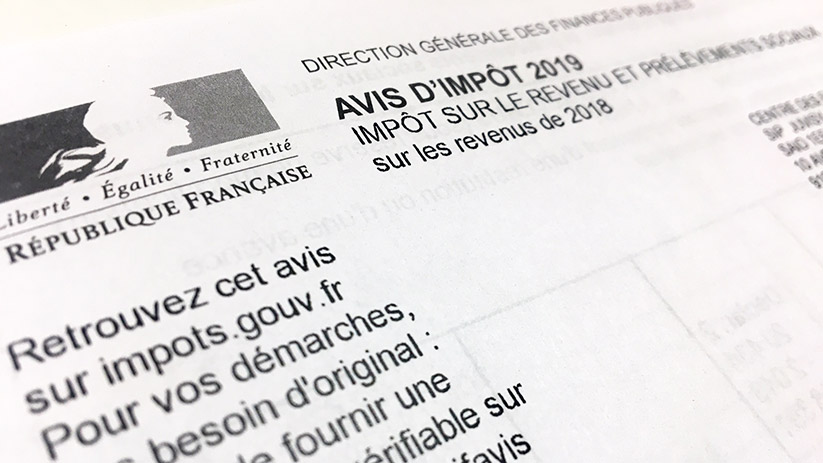 It’s that time of year when French accountants have closed their offices, put do-not-disturb autoresponders in their email inboxes, and have fled town to relax.  Tax season is over.  I never expected to write so much about taxes on this site, but enough people ask me about them that I have to pretty consistently write about the topic, as I did in 2015, 2016, 2018, 2020 (twice) and this article adds 2021 to the list.

Yesterday was the last day this year that personal income taxes could be filed in France.  The Fifth Republic gives paper filers the least amount of time.  This year that date was May 20th.  After that only online filing was possible.  May 26th was the deadline for departments 01-19 and non-residents of France (if you have real estate or a business that earns income in France you have to file even if you don’t live here).  June 1st was the date for departments 20-54, and yesterday, June 8th, was the deadline for all the rest of the departments, from 55 to 976 (Mayotte), including those of us here in Paris (75).

I’ve not filed my own taxes in any country since my early 20s, before I started to own businesses and learned how favorable the US tax code was to them.  Even then, I always took cues from paid accountants who spent their entire working lives learning about the tax code and were always up on the latest regulations.  I carried that same attitude over when I moved to France.  I hired my French personal accountant in 2014 and she’s taken care of me every year since and works in concert with my US firm that handles my business and personal US returns and specializes in location-independent businesses.  My French accountant sends her engagement letters out to her existing clients early each year and that guarantees you a spot for the year’s filings.  If you’re not a pre-existing client, you’re going to pay much more to file a return if you reach out to her or her colleagues even in mid-season.  You’ll pay progressively more each week closer to filing time, and double or triple what I pay if you contacted her last week, if she was even willing to pick up the phone then.

Hence, when I get panicked emails from Americans in April and May asking if I know anyone who can help them, I often say, “I don’t know.”  There are a very limited number of firms that work with Americans filing taxes here in France and because of that, the rates are significantly higher.  Then the immediate retort to the price I quote, which is usually from someone on visitor status is, “But I don’t even PAY taxes here.”  But the problem with that statement is its lack of anchorage in reality: you don’t pay your accountant based on how much tax you pay.  The accountants don’t work for the French government.  You pay based on how complicated your return is.  While Americans who are tax residents in France don’t have to file particularly complicated returns, no one would classify those returns as simple.  They get additionally complex when you add in French income from rentals and/or businesses (as I have had to over the years).

Americans forget that there isn’t some equivalent of H&R Block here offering tax returns at cut-price rates done by people who went to a clinic for eight weeks.  Hence they have unreasonable expectations.

One way to adjust your expectations appropriately is to educate yourself.  I recently came across a book written by someone I met in Bangkok at the end of 2019.  He runs an international accounting firm and the book is called US Taxes for Americans Abroad.  It’s not an exciting page-turner (no financial book is) but it’s very helpful for understanding just how complicated life for a US citizen abroad is.  I suspect the estimated nine million of us who live outside the US have no idea how complicated it is, even if, like me, they have been filing in their country of residence for years.

Just a few helpful concepts Vincenzo (himself a non-resident American) includes in his book:

And the topic du jour among Americans abroad in recent years: renouncing US citizenship, and all the costs that come with it.

The moral of the story, as always: living outside the United States comes with some amazing opportunities and benefits.  It also comes with at least double the paperwork of a regular life in the US.  Stop your complaining and get to work.  At least one benefit for those of us filing in France this year?  No need to report any of the aid we received for our businesses due to Covid.  One more thing to be grateful for as the weather turns warmer, ever so slightly, day by day.