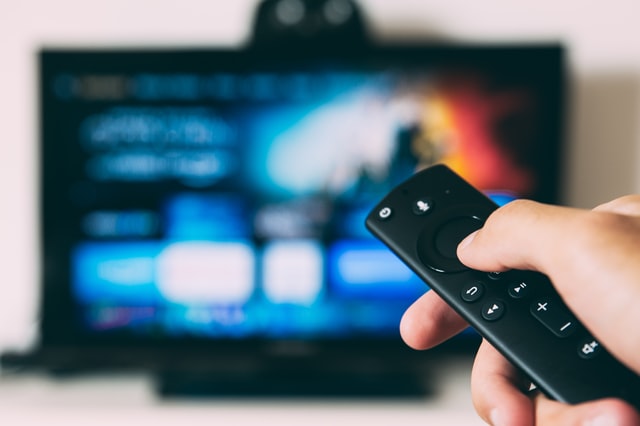 I’m an early adopter.  Not the “have it first” type, but the “that’s really cool I’d like to try that” type.  Sometimes this works out well, other times one accepts bad experiences as the cost of being among the first to try them.

Those of us in our 30s are not “digital natives.”  Email and the internet really hit their stride after our undergraduate years.  But it doesn’t mean we take to “appification” any less, particularly ones that involve video.  Some of those video apps that I have particularly become attached to in previous years include:

I knew before I arrived in France that none of these applications were ordinarily available and had started to cogitate about work-arounds or (gasp!) the possibility that I would simply “go without” while I was in Europe.

My degree is in Literature and I have thousands of dead-tree books carefully collected through years of library book sales, out-of-control spending at Half-Price Books, or at any other known honeypot for a bookhound like myself.  The smell of those pages — old and new — were pheromones for me.  They woke me up — excited me — made me simply happy.

However, in the final two years of my residence in America my reading pace had slowed to a trickle.  Instead of the usual 2-3-4 books a month I had slowed to not even finishing one book per month.  I would sometimes go a week or longer without even touching a book.  It wasn’t until I was out of the warm comfort zone that was my American existence (that I created for myself — I don’t blame anyone else!) that I realized what had happened: Netflix and its imitators.

It wasn’t entirely Netflix’s fault.  I should say it was the fault of having easy access to a nearly infinite library of video titles.  While I’m happy to doff my hat to the era of television that played host to the original Twilight Zone or produced my beloved The Prisoner, I have to say that the current era of television is perhaps the finest in history.  If we look strictly at script and writer-driven shows, like Boardwalk Empire, Treme, The Wire, Mad Men, Breaking Bad, Justified, Luther, Sherlock, and the like, we are witnessing the marriage of what any reader loves, whether he/she knows it or not: real, meaningful stories combined with expert costuming, cinematography, and directing.  There are many moments in any of the series I’ve listed above where one could freeze a frame and give an hour-long lecture on everything occurring in that sequence.

In a sense, I didn’t realize I had abandoned reading because I was still occupying my time with ideas and stories and concepts that mattered to me.  It was only when I had to confront having to get a VPN workaround and its own challenges — like only working 85% of the time — made it so that I accepted that I would just go without for a while.  There’s always time to catch up on those series at some point in my life.

What happened in that going without?  Reading, like the waters of spring coming forth from a snowmelt, burst in through all the well-known stream beds of my free time.  Public transportation facilitated this by giving me countless chances to get in a “quickie” with some novel or work I had downloaded for free (because it was in the public domain) and read on my Kindle app on my iPhone or iPad.  That led to even more reading (I was foolish enough to bring a number of dead tree books with me to Europe) and before I knew it, the old paradigm had reasserted itself in my life: free time spent in large part reading, with a tiny bit of TV via the free Fox app and a weekly movie in the theaters.  Unwilling to pay for any premium services like Netflix, I simply enjoy Pandora (I still haven’t converted to Spotify, but I am open to listening to you tell me why I should) and the occasional guilty pleasure of Masterchef or Hell’s Kitchen (I love cooking and I love Gordon Ramsay).  Last week my mother told me I should watch the new Jack Bauer 24 series and I haven’t yet told her that I already watched the first episode, having failed to stop watching 24 — as I should have — after the 3rd season.  Remind me to tell you about my feelings on the art of non-finishing some time.

So, can I ask you to try something?  Something that can be done from the comfort of your own home?  Give up Netflix, Amazon, and Hulu Plus for one month.  Watch what happens.  I’m not on a crusade here.  I just want you to experience what I wasn’t able to until I left everything I knew to move to a place where I only knew a handful of people.  All those programs you’re terrified you’ll miss will still be there for you.

If you ever go back.

Photo by Glenn Carstens-Peters on Unsplash