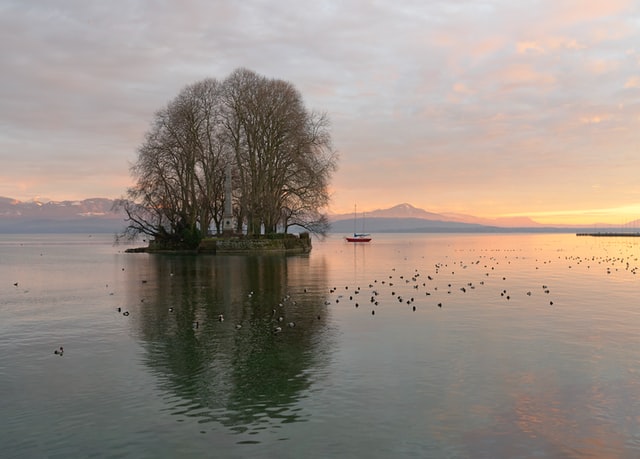 I think at any point in a film or a book there is a major crisis point at which the protagonist either succeeds or fails and the rest of the journey rises and falls on that moment.  My moment for my French adventure arrived this summer.  This is the story.

I have now come to believe that naivete can sometimes be a blessing in disguise.  When I made the decision in January 2013 to move to France in 12 months there were dozens of unknowns.  Would the French grant me a visa?  Would I be able to renew it?  How would I get a bank account?  My more detail-oriented friends asked all these sensible questions before I left America.  Some things I knew the answer to.  Other things I had to figure out for myself.  What I couldn’t answer, because I couldn’t possibly know, was whether I would stay beyond my original 12-month visa, even after it was confirmed months after my visit.

In fact, I can say now, after the incredible summer that I had, that when I went to the States for a three-week work trip in June, I was almost certain that I would return to the States.  But it was that very trip, and all that followed, that led to where I am now, certain to stay here in France, happier than I have ever been in my life, and buoyed on a number of fronts.

It all started on LinkedIn, of all places.  The website that still hasn’t figured out what it is managed to function well enough for what I consider it to be, a dynamic online resume, and landed me an unsolicited interview for a project in Florida and Switzerland during Summer 2014.  It was for test prep, something I’ve been doing since 2004 and which ended (so I thought) with the sale in late 2012 of a company I built from scratch.

Anytime you are in an industry for over a decade you inevitably build a long referral line and many potential clients are still willing to work with you, though you may live an ocean away and be many time zones apart.  I figured this demand would taper off over time, and given my management of my other companies, I welcomed that compartmentalization.

Since I had been teaching in one-on-one or two-on-one formats for years, I had forgotten the sheer joy I felt being in front of a classroom.  I had felt that as recently as 2013, when I had a chance to teach my second MBA-level class on Entrepreneurship at Rockhurst University, my undergraduate alma mater.

The three-week intense SAT prep camp offered by JCT4Education reminded me of how much I enjoyed classroom teaching, and how those roots branched into my other pursuits (writing, tour guiding, interviewing).

Alas, this trip also reminded me that, for the moment, I missed nearly nothing about the USA save my friends and family.  Boca Raton was perhaps not the best representative of the States, but all the regular national themes were present: requirement of a car for basic daily functions, endless strip malls populated by Panera/Starbucks/Target/Outback/Barnes & Noble, and the unending hamster wheel of living to work that so many Americans accept without knowing there is an alternative.

A bigger contrast from Boca Raton could not be found in my four weeks in Rolle, in the French-speaking part of Switzerland.  Beautiful vistas.  A sense of life, not work, as the dominating principle, and an efficient and intelligent rail system.

Indeed, it was during a visit to the capital, Bern, as I was taking in this view, that I said to myself, almost reflexively, but audibly, “I’m not leaving this.”

And I began, as any Catholic might, to pray and work towards my goal.  “If you want me to stay, open the windows.  If you want me to return, shut them,” I prayed.  I then proceeded to work on opening those windows myself.  I ran two separate crowdfunders — one for a walking tour business and the other for my media company (both got funded).  I saw a significant uptick in my tutoring practice, which I realized would need to be incorporated as a solopreneur venture.  Indeed, even my blogging and social media firm took on new clients.  And my French attorney assured me that given the things I had in place, that the road to the next step in the visa process would not be overly onerous.

I wrote these words while I was in Scotland for the referendum, watching history unfold.  But I want, if nothing else, to remind my dear readers that you are solely in charge of whether you live a remarkable life — or if not — at least have a wondrous time in the attempt.  While I believe God definitively answered my prayers in June and throughout my summer, I also believe that God helps those who help themselves.

It is always darkest before the dawn.  I re-learned that this summer, and what followed will shape my life for years to come.

3 thoughts on “The Summer that Changed My Life, or “Now I Get to Stay””