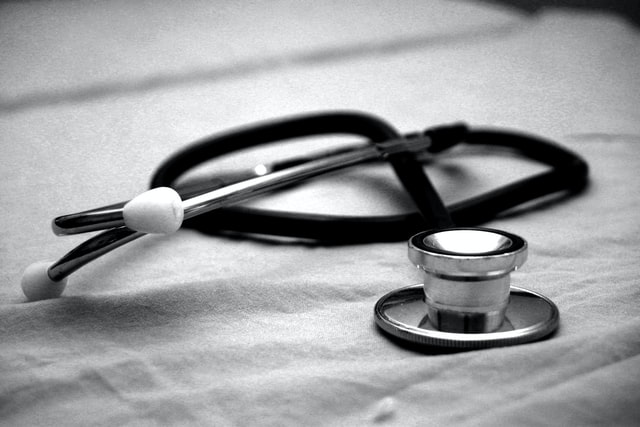 Despite the work it took to obtain my visa in the first place, my paperwork was not completed.  This is what happens when you get here.

I will admit, I was planning for a full-day affair on March 12th.  That was the 90-day mark of my arrival and OFII (Office Français de l’Immigration et de l’Intégration) wanted my bright shining face in the 10th arrondissement at 09h00.

I needed to bring the following with me:

1.  The letter which had been mailed (and emailed) to me providing proof of my appointment.  Easy enough.

3.  My quittance de loyer or attestation d’hébergement.  Asked my landlord, piece of cake.

4.  A photo.  They have photomatons all over the city where you can step into a booth and knock this out.  5 euros for five pictures.  You can use them for all sorts of things.  Notice how happy I look!  But in all seriousness, you’re not allowed to smile.

5.  Fiscal stamps.  This was hilarious.  I needed to go to a Tabac — a store that sells tobacco — which is often a café — and buy these.  You use them for all sorts of taxes and fees.  There were two and then soon ten anxious smokers behind me in line, as the lady kindly counted out 241 euros in fiscal stamps.  To be fair you can now, mirabile dictu, buy these online!

6.  A vaccination card. This was proof that I had gotten all the basic stuff.  The kind folks at Sunflower Medical Group faxed that to me the same day I requested it.

So I had a bit of work I had to do in the days leading up to my appointment.  Day of, I packed snacks, sandwiches, a book, my journal, etc.  I was ready to be there all day.  Boy was I wrong.

Perhaps it is the repetitive nature of what they do, but this group of French civil servants are among the most efficient I have seen in any country, ever.

I was checked in downstairs by a security guard, who sent me upstairs to my first waiting area.  I had arrived at 08h50, about 10 minutes before my appointment window.  I was seated for about three minutes before I was moved to another area.  Instead of the first room, which had 30 seats and only six people seated, this oval room had 40 seats and all but three were taken.  These were immediately taken by myself and the other two aliens/immigrants who had been walked down the hall from Room #1.

I got comfortable, got out my book (Msgr. Robert Hugh Benson’s Lord of the World, an excellent read, by the way, and free on your Kindle or Kindle app) and got ready to be there for a while.

After 20 minutes of reading I looked up to get used to the flow of traffic.  Immediately to my left there were nurse practitioners or equivalents calling out names.  After going into that room, you are a little later called into another room, then another, then you leave to go back to the front.

One of the interesting aspects of the morning was hearing the French try to pronounce non-French names.  “Stephen Heiner” comes out as “Steve-fen Eye-Nehr.”  I’ve often thought of creating a “stage name” during my time in France — something like “Etienne Henry.”  Etienne is French for Stephen and Henry would just be an elision of Heiner.  Oh well, next time perhaps.  When I didn’t have to show documentation that I was someone else 🙂

I heard my name amid the buzzing French conversations and stood up and went into the first room.  I was asked to take off my coat and scarf and was weighed, measured, and given an eye test.  There didn’t seem to be any problems, and as a bonus I found I had dropped 5 kg, about 12 pounds, since I had been in France.  I could keep this up and be at my ideal weight after nine more months! 🙂

I should note here that I’ve very much taken on French rhythms and customs of eating, with a paleo twist.  I don’t snack in between meals, my portion sizes are sensible (read: not American), and I cook my own food most of the time.  My paleo twists are frequent use of butter and meats, and a reversal of my age-old practice of increasing meal size as the day goes on.  I now have a huge breakfast (when it isn’t Lent, of course), a medium-sized lunch, and a modest dinner, with the dinner taken before 19h00.  Of course, when I go out with friends for meals we usually don’t even get to the restaurant until 20h00.  But most days this is the regimen — and that, combined with my having to walk and bike everywhere — an average of 3 miles per day — was probably the main reason I lost that winter weight that had been storing up during my car-dependent life in America.

I sat down after this felicitous weigh-in and dug back into my book.  09h45.

The next station was the radiologist.  There were three changing rooms we lined up outside of.  We would step in and lock the door, which would activate a light on the other side to let the radiologist know there was a new “customer” waiting.

We were to strip above the waist and wait patiently.  After a few minutes my door opened and I was walked to an x-ray machine.  The radiologist said “Breathe-in” in French and I took a deep breath and held it.

At around 10h30 I was called for my last stop in the oval room: the doctor.

She asked if I spoke French and I said that if she spoke slowly, please, I would be able to keep up.  Fluents, by nature, speak quickly.  I do so unconsciously in English all the time.

She laughed and obliged.  She looked over my files, asked for my vaccination card, and ticked off some other questions like was I taking any medications, etc.

She stamped and signed a sheet — one for my records and one to hand to my final stop.

I was back in the room I started in.  I sat down just in time to watch the exchange between the woman in charge and another person, like me, getting ready to check out.

(girl hands them over)

(girl hands them over)

Woman takes everything, then frowns and hands back a piece of paper.

“This is not sufficient.”

Now, the girl had handed her an SFR cell phone bill, which everyone knows isn’t good enough for anything.  The woman asked for a quittance de loyer or attestation d’hébergement, or the single most important piece of paper for your administrative life in France, an EDF (Électricité de France) bill.

The girl stammered, in English, “I come back?”

The girl made it into a statement, “I come back.”

The woman stared her into going away.

That girl left without the one thing we all were there for today: the sticker in the passport saying we were “legal.”  I was scared.  I triple-checked all my stuff.  But I had everything.  She smiled and handled my papers, put this all-important sticker in my passport, and stamped it.

She handed me a sheet of paper which instructed me to go to my police station in my prefecture, which is the final step in this process.  And she demonstrated what I’ve come to realize:  if you come prepared with all you need, the French are happy to help you on your way.

So, I’m not totally done, but mostly done, and the second step was a total breeze compared to the first.