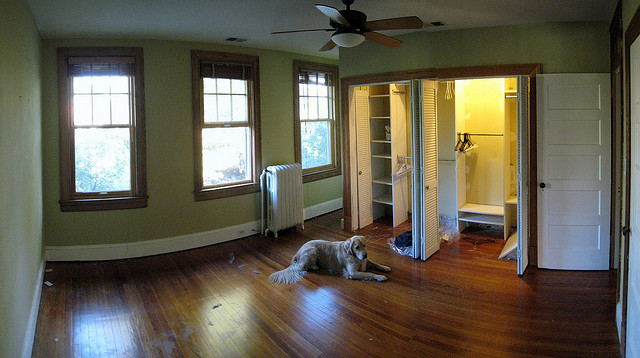 I’ve mentioned before on this blog that the Four Hour Work Week is a major influence on my life and was a big part of the “how” portion of the massive quality of life upgrade that was my move from America to Europe.  In the book Tim puts forth a notion called “mini retirements” in which instead of working and saving until some mythical age to sell everything and move to Thailand (for example) why not do that now for a few weeks and see if you actually like it.  There are other reasons to take mini-retirements, including not assuming you’re in control of your health or when you die, but what I want to focus on is Tim’s insistence that you dump pretty much everything.

Stuff.  It can define us.  And Americans in particular have so much room that nothing stops us from buying more.  We even define our “national holidays” by sales of stuff.  We even have a very healthy business category of self-storage, which is an embodiment of our hoarding mentality.  Alas, that industry is now kicking off in Paris (and probably greater France as well).

Tim’s points were simple: get rid of everything that doesn’t have a particular or sentimental value.  You can always buy another couch, or plates, but maybe you can’t buy that one pan Grandma taught you to cook with.  Dump the other stuff, keep that.

I decided pretty quickly that my “must keeps” consisted of roughly 100 framed prints that had mostly been painstakingly transported from Europe over the years and adorned all the spaces of my then-home in America, as well as the 4000 books that I had collected over many stops of library book sales and used and new bookstores over the years.  I spoke to a friend in Canada who had a large amount of space in a new home he had recently moved into, and who also happens to homeschool his kids.  He would get a teaching and parenting resource for free, as well as for his own enjoyment, and I would have free and safe storage of my treasures.  We agreed on a 5-year term, after which time we could discuss what was to follow.  I knew after 5 years in Europe (I’m 2 in now) I would either have a place to ship the books or have a long-term plan about what to do with them.

So books and art sorted.  I rented a large truck about 6 months before I left the USA and drove the books to Canada.  As a note, if you do this, the Canadians will ask you for a value, so they can tax you…on stuff you already own…because hey, you might choose to sell it!  So, cynically (and in keeping with American, and what I would find out, French traditions), I assessed the 4000 books at a value of $.01 each and the art at $1.00 each, to a value of roughly $200, which I still had to pay tax on.  Small price to pay honestly, but it does add an extra 30-45 minutes to your border crossing.

I then proceeded to dump all the furniture I had painstakingly picked out during my “I’m a grown-up now with a real salary” phase when my college furniture found the curb.  These were the delicious dark wood headboards, the plush suede couches, the tasteful (and useful) ottomans.  I even had a lovely Victorian double-sided desk.  All gone: happily mostly sold to friends and friends of friends, and what was still left over went onto Craigslist.  For the very last items (what was I doing with my own power drill?), I left them with my sisters to sell on their own or keep.

That left me with roughly 20 resealable tubs into which I mostly, but not exclusively, put items of real sentimental value.  Stuffed animals I had as a child which I kept in really great condition and which I wished to pass on to my children or to my nieces and nephews.  A report on birds I wrote as a ten-year-old.  A drawing my sister made for me.  That kind of stuff.  Some dear friends have been kind enough to keep those tubs in a spare room in their home.  I plan to keep reducing the quantity of tubs in that room every time I visit, loaded with goodies from Europe for my gracious caretakers.  And each year that passes that I don’t miss the stuff in those tubs, it makes it that much easier to get rid of when I do see it again.

In truth, limiting myself to the four full-sized pieces of luggage I ended up bringing to France was an enormous task that I totally underestimated.  I flew American Airlines to France in December 2013 and at that time the policy was: 1st bag free, 2nd bag $100, and bags 3-10, $289 each.  Hard to believe, but this is actually the cheapest and fastest way to move your stuff.  I checked into freight, believe me, and either my calls weren’t returned, or my emails weren’t returned, or it was prohibitively expensive when I did manage to get a price sheet.  Same for UPS, sea-freight even.  And then you have to go to Le Havre to pick it up.  Yeah, skip that.  Pack it with you.  It’s really cheap, comparatively.

Now, when you’re bringing that much stuff (my aforementioned four pieces of luggage…I won’t even share the absurd limits of carry-on that I stretched), you find a way to bring too much, so I want to encourage you to spend one month packing these 4 pieces (or fewer).  You’ll take more stuff out as you work on it every day and keep asking “Do I have to have this?”  I know when I showed up at the airport that I was at least five pounds over on each bag.  But I knew how to get around this: the skycap.

This profession doesn’t exist in Europe, oddly, though it is exactly the sort of profession you expect to exist there.  They are (for my Euro friends who might be reading) men and women who stand on the curbside to help those who wish to “skip the line” get boarding passes and check bags there instead.  For this “convenience” you are expected to tip — anywhere from $5-$25/bag.

That morning that I left Kansas City the skycap picked up all 4 of my bags and gave a slight grunt for the last one, the heaviest.  “Where ya goin’?”  “Paris.”  His eyes widened as he looked back over the bags, quickly calculating how much it was going to cost me.  “I’m moving.”  “Ah.”  He started weighing the bags, and I watched each bag on the digital readout.

“They are all over.”  He was reminding me of the 50-pound weight limit I was already aware of.  Overweight would add $150 to each bag.  I nodded, putting on a guilty and downtrodden look.  I wanted my silence to speak.

“I can take care of this for you, if you make it worth my while,” he said after a beat or two.  I tried not to beam and high-five myself, as this was the exact response I was banking on.  I took out my last bit of American currency I was carrying, a $50 bill, and put it on the counter.  I still said nothing.

Given that he was about to save me $600, he was expecting more, I’m sure, but he probably realized that $50 was good pay for 5 minutes and a few key strokes that indicated that yes, these bags weighed no more than 50 pounds.

We were operating in that shadow economy, and little did I know that this was precisely the kind of hustle I needed to survive and thrive in my new country.

A giant move out of the country can be the impetus for that Spring Cleaning you always aspire to do (and which my sister Clare does roughly every 3 months) but never get around to.  Which is yet another reason to move abroad.

And when you do get here, the housing in Paris is small enough to prevent you from restarting that life of stuff you left behind.  When you shop, you constantly ask yourself, “where would I put that?” which is a practical question that you don’t have to answer in always too-big America.

For a great video to share with kids or anyone who cares about our planet and the absurd and unsustainable way of life in the First World, check out the work that these guys have been doing.

Photo from jsmjr.  Labeled for reuse.  What a cute dog.