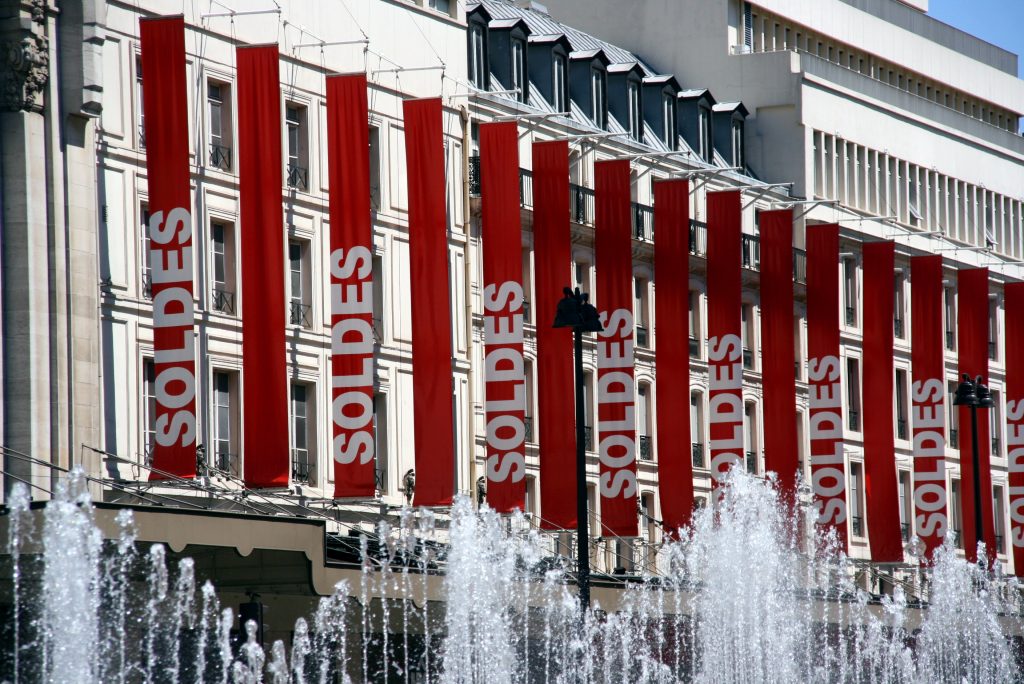 The “official sales dates” in France are roughly January 6-February 16 and June 22-August 2.

SOLDES!  The all caps scream out at you from all the shops in Paris — then there’s the deuxième démarque, and the dernier…at each stage the frantic pace increases, and stores get progressively messier as the “regular” sizes sell out.

Paris will up your fashion IQ even if you never planned for it.  Scarves, shoes, jackets…I had definitely upgraded since moving, and there’s always something you can add…or is there?

I wrote some time ago about forced decluttering and about how a small Paris apartment forces you to be thoughtful about your “stuff.”  Combine that with a recent shine I’ve taken to the Minimalists and their ideas, and I was doing my best to resist…must not buy…clothes on sale…I tried to remind myself that he/she saves the most when nothing is spent.

But willpower wasn’t enough.  I took a clothing inventory.  Apart from socks/underwear I simply counted every piece of clothing I had.  Every scarf, tie, shirt, shoe, jacket, etc.  I typed it all up and printed out the 2-page document and looked it over.  There were no spots I needed to fill.  I had a great wardrobe.  Indeed, I realized that still some might go away via the 90-day rule I’ve observed since 2010 — if it’s in season (ex: sweaters in winter) and I haven’t worn it in 90 days, it has to be given to someone else who will use it better than I will, or to a place that takes clothing donations.  So, instead of getting sucked into the sales season I took an opportunity to remind myself that I might be getting rid of some clothes as we move from Winter to Spring.

If making the clothing inventory isn’t enough — print it out and carry it with you so that every time you want to make a purchase during the sales season you can pull it out and check yourself. 🙂