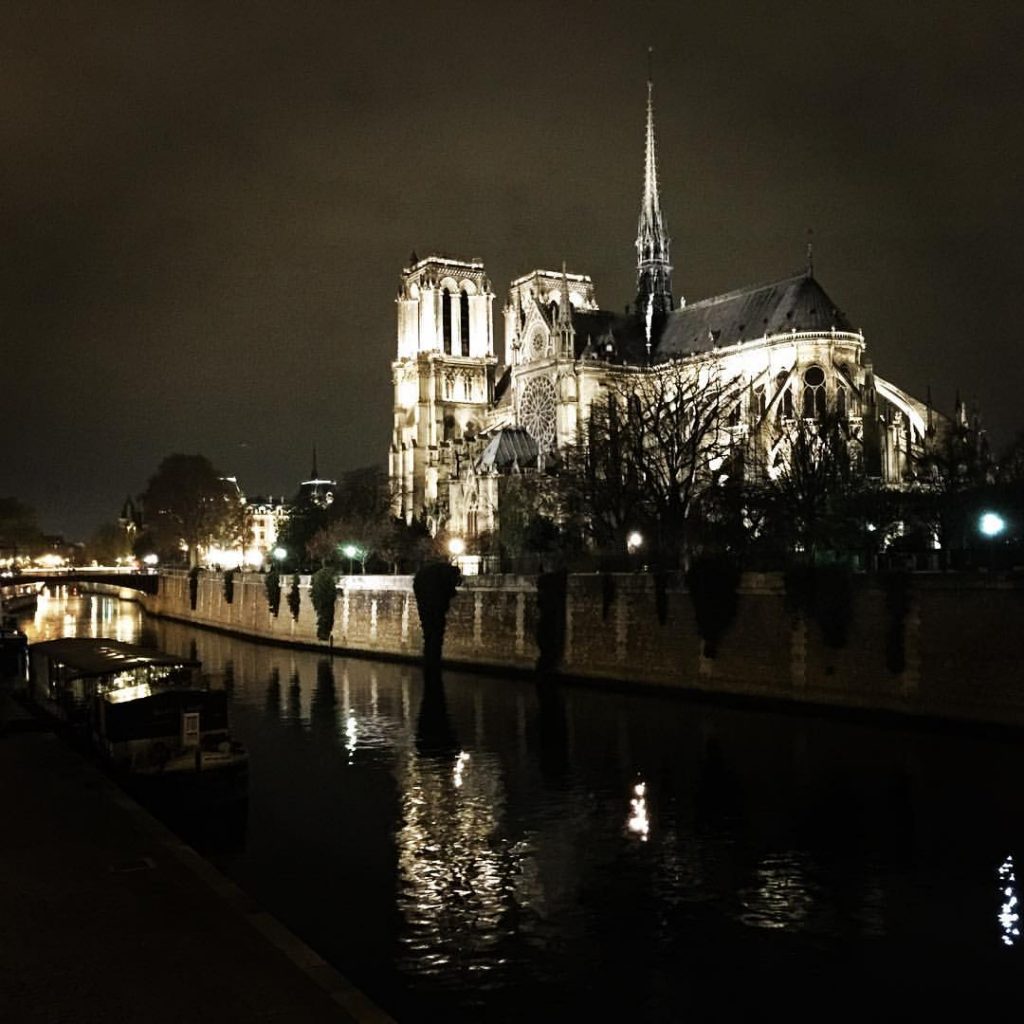 I was in a train back into Paris from Frankfurt when the news started to trickle in about our disaster here in Paris.  We’ve had various shocks during the time I’ve lived here, whether it was terrorist attacks in years past or yellow-vested “protestors” in more recent months, but this was of another kind entirely.

Friends who were there as it burned told me they stood in a sea of dismayed silence.  What could lay bare the thoughts of so many hearts at that moment?  The President referred to the idea that part of “us” had burned that night.

There’s been plenty of ink spilled on what should be done with the now more than € 1B pledged for Notre Dame, the symbolism of such an overtly Catholic building being destroyed in what is purportedly a secular country, and the growing suspicions regarding the origins of the fire.  But I’ll leave those matters to those with more breath than I have at the moment.

For me, more than anything, this was a lesson in losing the things you take for granted.  Just two weeks earlier, I took a friend inside to explain the genius of gothic engineering and architecture and to bask in the stunning beauty of those (still intact) rose windows.  I felt what I’d always felt since I first stepped foot inside the church in 2009: I’ll always have you.  But that’s not true.  We are not promised tomorrow.  Even centuries-old buildings made of stone are not promised tomorrow.

When you have an opportunity, take it.  If there’s a place in your locality that you’ve been meaning to see, go.  You have no guarantee that it will be there for you, or that you will have the health to see it in the future.  If you do take these opportunities, you’ll create lasting memories which thieves cannot steal, moths cannot eat, and fire cannot burn.

Part of the title for this article was lifted from a headline on one of the Paris newspapers the next day: indeed it was just as much “our drama” as “Our Lady.”

I took the photo in November 2015, on one of those nights when the light, the sky, and the night were perfect.

This story was also published on Medium.

One thought on “Notre Drame: the Fire”