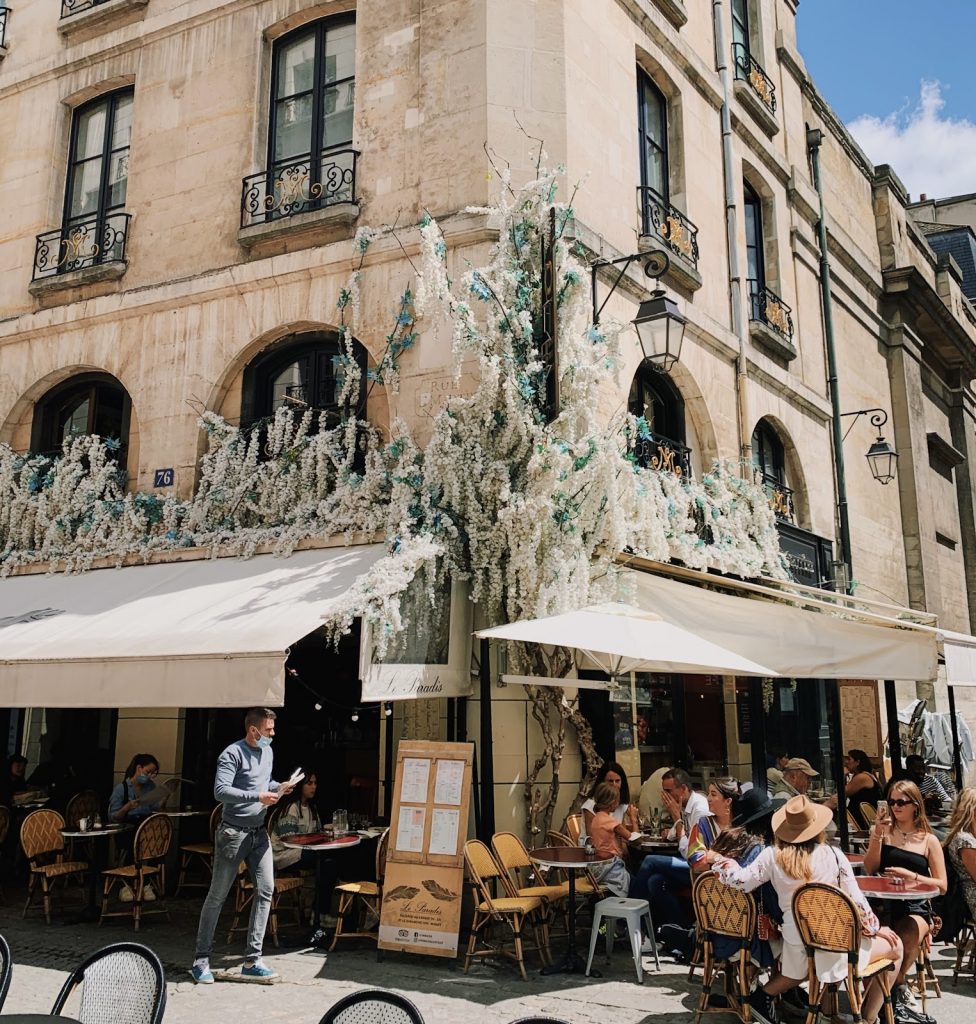 During the first lockdown I was living alone in Princeton, New Jersey, and when the opportunity to move to Upstate New York presented itself, I took it without hesitation. I expected to be part of a creative and supportive group of friends, inclusive, and fun. My experience in that area was, to be polite, different.

I can appreciate that people move thousands of miles to live in the Hudson Valley and find what they’re looking for. Yet, despite our similar goals, there was little compatibility between me and them. If I had stayed, I would’ve melted into oblivion.

It turns out Paris is what I wished New York could have been.

I had the summer off from work in 2021, right as France reopened their borders. I needed change, so I called a friend living in Paris and asked for her insider knowledge. “Is it actually safe there?” She was very reassuring. Remember, at this point during the pandemic, traveling was taboo. But I made up my mind and got in touch with her friend who rents out his studio to visitors in Montmartre. I could stay for the entire month, so I booked my flight.

From idea to reality, it was about two and a half weeks until I arrived in France.

Unsurprisingly, I wanted to move here as soon as I arrived. I chalked it up to being whimsical or naïve, but it was like going to a pet store and saying, “I’m just looking.” I should have known better since that was how I ended up with my childhood dog (RIP Julie).

It wasn’t my first time toying with the idea of moving to France either. Five years earlier, I was living in Turin and took a bus to Paris for the weekend. I wanted to stay forever. It rained the whole time, but I only saw sunshine — it was le coup de foudre. Love at first sight. In retrospect, I wasn’t ready then, so I didn’t take it seriously.

An integral part of why I fell in love this time had to do with old friends from the States living close by in Montmartre. Days before I arrived, they moved to an apartment down the street from where I would be. I was immediately embraced by them and their friends.

From Day One, (Unlike New York for Me), It Was Easy to Love and Be Loved in Paris

One day, at the aforementioned friend’s house, she starts telling me about a situation needing figuring out. Her friend across town was away visiting family and needed someone to feed her goldfish. Unfortunately for this fish, his secondary caretakers were also going to be away longer than he could stand without food. I was available that weekend, so I offered to take care of Harald the fish for this girl I’d never spoken to before. I got her key and number, and she gave me the rundown of how to take care of him and his tank.

I found it all kinds of comical and wanted to see this girl who I’d met through a fish, so we made dinner plans for when she returned to Paris. We didn’t need much of an introduction, despite having never met before in person.

I should mention that on my way to her place while grabbing moelleux au chocolat and berries for dessert, I settled in my heart that I wanted to stay permanently. I was going to take it seriously this time. Walking down the steps to Lamarck-Caulaincourt I remember begging God to let me live here. I guess that prayer worked because it was this dinner that officially started it all.

A Time to Keep and a Time to Throw Away

She mentioned to me that her friend was in need of a sublessor for her apartment for a year starting in October and that I should take it. Of course I was interested, but it came down to impossible timing. Although I did text a friend back in the States to see if anyone in his group could take over my lease in New York, I would need to get my documents in order, find remote work, apply for a long-stay visa, and obtain said visa in two or three months. Plus, I’d already agreed to return to the family I was working for in the autumn. If I was going to do this, I wasn’t about to burn bridges and leave everyone in a dramatic tizzy.

I came away from this conversation knowing two things:

To be sure of the second, I wanted further evidence. Was this a casual or halfhearted invitation? For months I kept my eye out for proof that I found the kind of friendships I’d been looking for, being careful not to project my own hopes and ideas onto them.

My first tip came in August, a month after I left France. I was on a bus in Croatia looking out of the window wondering: Would I be supported in this move? Would I be a burden? I wanted clarity, and soon clarity would come. When my phone connected to WiFi that afternoon, I noticed a missed call from a French number I didn’t know accompanied by a text which read “Just wanted to say welcome.” I was stunned, not only by the sweet sentiment, but by the impeccable timing.

We share mutual friends, and she was under the impression that I had already moved to France. Nevertheless, it showed me what I needed to see.

A couple of months later I found cheap tickets from New York to Paris and went for a weekend in November to visit friends (yes, a weekend trip is possible.)

I wanted further proof that I wasn’t forcing this move, but rather that it was organic and healthy. I arrived, was invited to meet people the next day, and stumbled upon the last and final piece of evidence. I had met everyone that evening, but it was like we’d known each other for years. It felt like home. I was being encouraged to move and reassured everything would work out. It wasn’t empty words either. My friend who I was visiting offered to let me stay with her long-term until I got on my feet. She was willing to host me and prepare all the documents necessary. She went above and beyond anything I could have ever expected, even ordering me a SIM card for my arrival.

The process of applying for a tourist visa was actually quite easy. I can’t say what it was like pre-Covid because I never looked into it. During the pandemic the timeline of events went like this:

If you purchase the special VIP package with VFS like I did, they will make high-quality copies for you along with taking your picture for the biometric visa. I came prepared with my own photo to be on the safe side, but in the end I didn’t need it.

I researched for months which extra documents I thought they wanted, read countless blog articles (including TAIP), and called friends of friends of friends to learn every detail. If I could go back in time, I would tell myself to calm down and follow the simple checklist included in the visa application. That’s all they required.

Due to the pandemic, all consulates are closed, so the visa application center (VFS) has taken over. They are incredibly nice, but it’s worth mentioning they have no influence over whether your application is accepted or not. Their job is to organize your file, make sure it has all the needed documents, take your biometrics, and send it along to the embassy.

Still, I was stressed out on the day of my appointment. I was having these irrational fears that they would take one look at me and think “I don’t like your face” and dismiss me without taking my file. That didn’t happen. The process was painless. They even took me before my scheduled appointment time. I believe it was 30 minutes from start to finish.

My appointment was on Friday the 14th of January and my Long Sejour Temporaire 12-month visa was delivered on Wednesday the 26th of January. 12 Days in total.

A Time to Embrace

I’ve been here nearly three weeks, and I’ve landed a new job, a roommate, and beautiful friends. All in all, I’ve found what I was looking for.

I brought what could fit in my Osprey backpack, a carry-on, and a personal item. I donated everything I owned, minus some sentimental furniture I left with my grandparents. It was worth it.

Forgetting the Things Behind and Stretching Forward to the Things Ahead

Next on the agenda is finding a permanent apartment and figuring out how to change my visa type for my new job.

But I’ll save all that for a future article.

Photo was taken while vintage shopping in Les Halles.