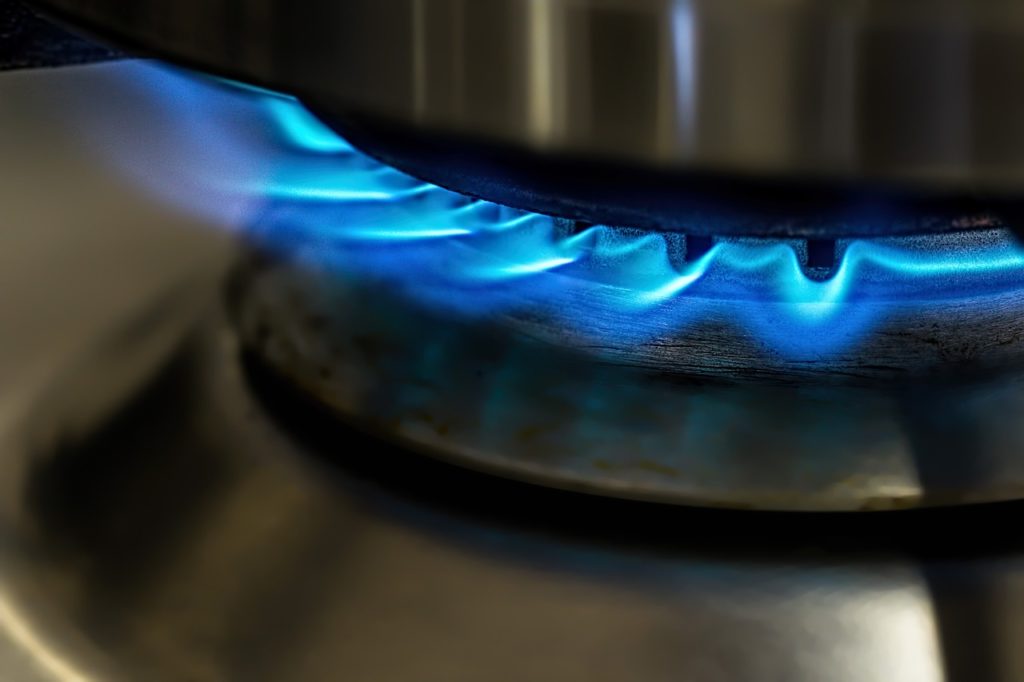 “Do you want an electric stove, a gas one, or a hybrid?”

My (new) landlady asked me this question over the telephone as we were negotiating deal points on the new lease.  We had found the current stove to be not functional.  I paused for a moment.  I had really grown to love cooking on gas ranges in my then-current apartment, but I had also never had to set up gas for the first time in France.  While I always welcome new opportunities to learn about life in my adopted country, moving had its own headaches and my stoicism failed me for a moment.  She sensed my hesitation, “I don’t think it’s had gas for a while, but I can understand if you want it.”  There really wasn’t a difference in the price points of the new stoves she was planning to buy for me.  After a bit of hesitation, I hedged: “Let’s go with a hybrid.”  In this case that meant that one of the 4 ranges, as well as the oven, was electric, but the remaining 3 ranges were gas-powered.  That was the easiest part of the process.

In France a copy of your EDF (it technically stands for “Électricité de France” but may or may not actually be from EDF — more on that later) is an integral part of your bureaucratic life.  You can use it to prove residence and can use it for something as complicated as a citizenship dossier to something as (seemingly) simple as changing your address with your bank (more on that in a future article).  On the left-hand side of an EDF bill (I’ve never used another provider) towards the bottom you’ll see something called, “point de livraison” (PDL for short).  This is a 14-digit number that tells EDF exactly where your domicile is (and hence where their staff needs to travel to).  Since almost everyone has to have electricity (not everyone has Tesla solar panels and power walls installed yet!) this is usually not difficult to obtain.  In the overwhelming majority of cases, your landlord/landlady (propriétaire en français) will have an old bill and can give you the PDL.  In the minority of cases where it’s not readily available, if you have at least the last name of the previous tenant, or even the last dates they were there, plus the street address, that should be enough.

But I didn’t have any problem setting up electricity.  I was trying to set up gas service, and for that I needed a 10-digit PCE (point de comptage).  There had not been gas service since 2009 at this location and I had failed to note that while there was a “gas pipe” coming into the kitchen it didn’t look anything like the gas hookup I had at my then-current apartment.  Oh well, they would take care of that (I thought).  With gas last being used in the place before my current landlady owned the apartment, it was off to GrDF to try to find out the PCE. 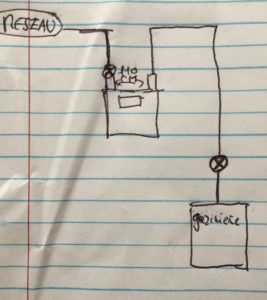 Now, let me explain.  GrDF (Gaz Reseau Distribution France) does not actually provide you with gas.  They are simply responsible for the infrastructure that delivers the gas to your provider.  If gas goes out in a neighborhood they are the ones who will fix it.  The minute the gas enters your house it is the concern of the “fournisseur,” or provider of the gas.  As with electricity, the market is very deregulated (the irony of the socialist country having many options for utilities whereas the US, which touts itself as very market-based, often has only 1 or 2 choices — if any — for utilities) and you can choose lots of providers.  I wanted to keep my life simple, so after we found out where the PCE was (about 15 minutes of questioning and digging) we ordered gas service, even as the lady tried to talk me into buying a bottle that I could manually attach and get refilled.  EDF serves as both the infrastructure provider and as a “fournisseur.” Hence, I opted for simplicity and made EDF the provider for both electricity and gas, not bothering to shop around because I felt my time could be better spent than comparing costs per kilowatt hour, and variable vs flat billing.

About 10 days later, I met someone from EDF at an appointed time who had a meter with him ready to install, but he looked at me blankly when I showed him where to install it.  “But, this isn’t right,” he sputtered.  After he spoke really quickly, with hand gestures, I asked him to slow down his French and perhaps assist me with a drawing.  He went on to explain that the meter had an input valve and an output valve and it was configured in a very specific way, and that I could hire a plumber who was certified to install and/or work on gas pipes and he could help further.

Armed with the drawing, we had a handyman install the necessary pipes and reschedule a visit for the meter installation another 10 days later.  In the meantime, I was grateful for the decision to go hybrid, as in the absence of the working gas ranges, the electric range was doing all the duties for cooking.  This time the meter man came and installed the meter (you can see the picture, though I did go on to paint the pipes a few weeks later) and a short time later, the first gas flames were firing in the apartment.

One More Thing, of Course

Given that it had been a number of years since gas had been installed in the apartment, for safety reasons the city of Paris demands that the installation be certified, and about 6 weeks after the meter was installed and working, a functionary came by, examined the installation, gave it a score, and left.  I “passed.”  All in all, it took nearly 10 weeks to get working gas in the house for one single appliance (the rest of the appliances in the house are electric) but as someone who enjoys cooking very much, and on gas particularly so, the hassle was worth it, and hopefully, a lesson learned for you all as well: if you’re going to be installing gas for the first time in a while in your apartment, be prepared for some pains.

I want to take a moment to thank in particular my friend Jenny, who helped during a particularly painful appointment process one afternoon when we were shuttled by telephone between GrDF and EDF as each tried to pass the buck to the other as to who would make the appointment for the meter installation.  It took one hour in total and culminated with the “French blowout” of frustration as Jenny let one of the “it’s not my problème” clerks have a piece of her (French) mind.  The French are not known to be patient in general, even less so with utilities, so I appreciated the help as I didn’t have the technical vocabulary to navigate between the two agencies.  Yet another reason it pays to have French friends?  To help you with your French problems. 🙂