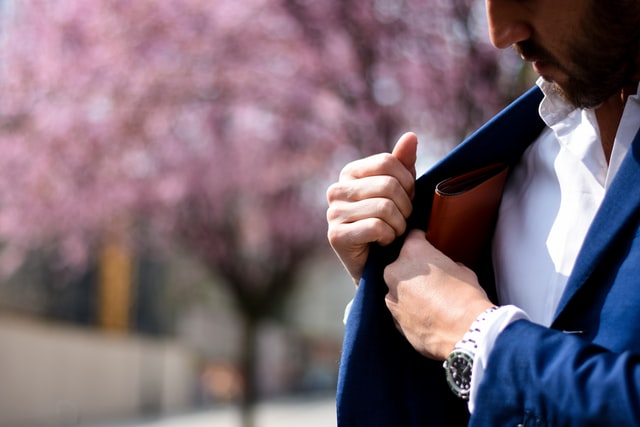 So I’ve been pickpocketed three times in the seven years that I’ve been in Paris.  Once in 2015 and twice in the last quarter of 2019, when pickpocketing was at an all-time high in the city.  Nothing irreplaceable was taken; it was more a chance to learn weaknesses and correct behavior.

I was helping a friend get to Gare du Nord to catch a train.  We got onto line 4 at the Cité métro stop and just before the door closed we felt a crush of people get onto the carriage.  I felt a strong hand at my back as we felt people try to squeeze in, which was probably all that was necessary to distract me from a hand reaching into the inside left pocket of my overcoat, where my wallet was.  I didn’t notice until Gare du Nord, which of course was far too late to do anything about it.

My pulse quickened; chemicals swam into my bloodstream to “help” my body cope with panic.  I tried to clear my head and quickly used my phone to cancel credit cards that I remembered were inside (including one that wasn’t inside!).  I didn’t think there was anything that could really be done — so many wallets get lifted in any given day in a big city, not just in Paris — but there was one crucial card in that wallet whose loss I would have to document for the French authorities: my four-year carte de séjour.

I had learned this some years back when I had left my wallet on an airplane, again, with a carte de séjour inside.  You have to file a police report to certify the “missing” status of the card.  Having that report allows you to get a new card.  You can’t start the process of replacing a missing carte de séjour unless you’ve filed a police report.  The sooner the better.

I was already in Gare du Nord, so I made my way down to the lower level branch police station that I knew was inside the station.  I briefly explained to the cop at the front desk what had happened.  He told me to take a seat and that it would probably be an hour (which in French bureaucratic speak means at least one hour).  The effects of the “panic chemicals,” cortisol and adrenaline, were ebbing away, and I smiled, nodded, sat down, and pulled a book out of my bag (always have a book to read when you’re walking around in Paris).

I had started to feel a bit sorry for myself when a girl in her early 20s came into the station escorted by a couple of officers.  One of them walked up to the front desk clerk and quietly said a few words.  The front desk clerk grimly nodded and the other officer walked the girl over towards me and put her into the seat next to me. He then said they would take her statement shortly.

The girl was shaken, and had either just been crying or was holding back tears.  I realized that however “poorly” my day was going, that others were having worse days, and I abruptly stopped feeling sorry for myself.

I could have used this to go in and get a récépissé, which would have given me a “legal ID.”  But something had changed in the years since I had first started getting those coveted thick plastic ID cards: I had realized I didn’t really need them for daily life in France.  If I needed to rent a car, I would give the rental agency my US driver’s license.  If I needed to travel, I would use my US passport.  I might occasionally present the carte de séjour (CDS) if I needed to pick up a package, but I could just as easily bring my passport as well.  The cost of a replacement card is the exact same as the cost of the original card, and a part of my personality which has served me very well in past years, a character I call “frugal Stephen,” objected to the idea of paying for a new card with fewer than 24 months left.  “Why not just try to get by without one?”

Why not indeed?  I hadn’t foreseen that there might have been some sort of global crisis that would make the actual hard plastic card very important indeed.  More on that another time.

I am not the guy who gets the new flashy gadget.  I’ll gently use something until it gives up on me.  Case in point, Apple was offering double trade-in value on what was then my four-year-old iPhone 6 Plus.  Because of software upgrades (which would lead to a class action lawsuit some years later, which would lead to me also getting a payout) the phone simply couldn’t perform anymore and crashed all the time.  I took the double trade-in value and got a shiny new iPhone XS.  The phone was dreamy in comparison to my faithful old 6 Plus.  Until it got stolen a couple of months later.

I’ve mentally tracked down the 60 likeliest seconds in which it happened.  I have a habit of keeping my hand in my coat pockets during the winter season, and usually have my phone in one of those pockets.  The last time I remember using the phone was to show a friend of mine a funny meme.  We were on Line 2 and changed at Jaurès for the line in my neighborhood, 7bis.  Somewhere between changing from those lines is when I got pickpocketed.

The thing is I offer ready advice all the time to friends and travelers about how to stand in the métro and on buses to be more protected against such a thing (have your back to at least one area/part so that no one can stand behind you, don’t leave zippers or pockets exposed, etc.).  Predictably, as I had in 2015, I got mad and turned on “find my iPhone” to once again turn into the angry vigilante to track down my phone.  I shut down all the Apple Pay rights and started quickly changing various passwords when I got a note that my Facebook password had been changed!  These guys were good.

I used a combination of the location features offered by my local carrier, SFR, and Apple itself to triangulate where the phone was last seen, in the Barbès neighborhood, thirty minutes earlier.  Who did I think I was to go wander there?  Was I just going to approach anyone who I thought might have it and kindly ask that they return it to me?  Silly as it was, I went anyway, and found the street mostly deserted, with an empty kabob shop nearby.  At some point the foolishness of the endeavor caught up to me and I headed home.

The next day I bought a replacement at SFR and the kid helping me commiserated, telling me this happens pretty regularly and asked why I didn’t have insurance.  After explaining that after some time the insurance costs as much as a new phone he reasoned with me to carry it for two years and then dump the insurance.  I saw his point and agreed.  This particular insurance would allow for two full-price replacements in any given year.  Later that afternoon I got a taunting text from a number telling me in French, “thanks for the phone.”  I blocked the number and all the subsequent spoofed emails that clearly showed this was a group of professionals who regularly grabbed phones on the Métro and looked to spin the grief/anger/desire of the victim to get the phone back into even more “profit.”

So, what happened as a result?  I bought an even thinner wallet than the minimalist one that I had stolen, one small enough that it could fit in my front pocket (good luck with that, thieves!).  I also created a new habit of always putting my phone in my back pocket when traveling on the métro, usually with my messenger bag additionally slid over that pocket (you’re going to have to work harder if you want it!).  I can’t say I became ever more alert, because like anything in life, your guard goes down after a while.  But I was reminded that yes, unfortunate things can happen at times, but never forget someone may be having a worse day than you, so keep everything in context, and keep smiling.

Photo by Andrea Natali on Unsplash

7 thoughts on “Getting Pickpocketed”