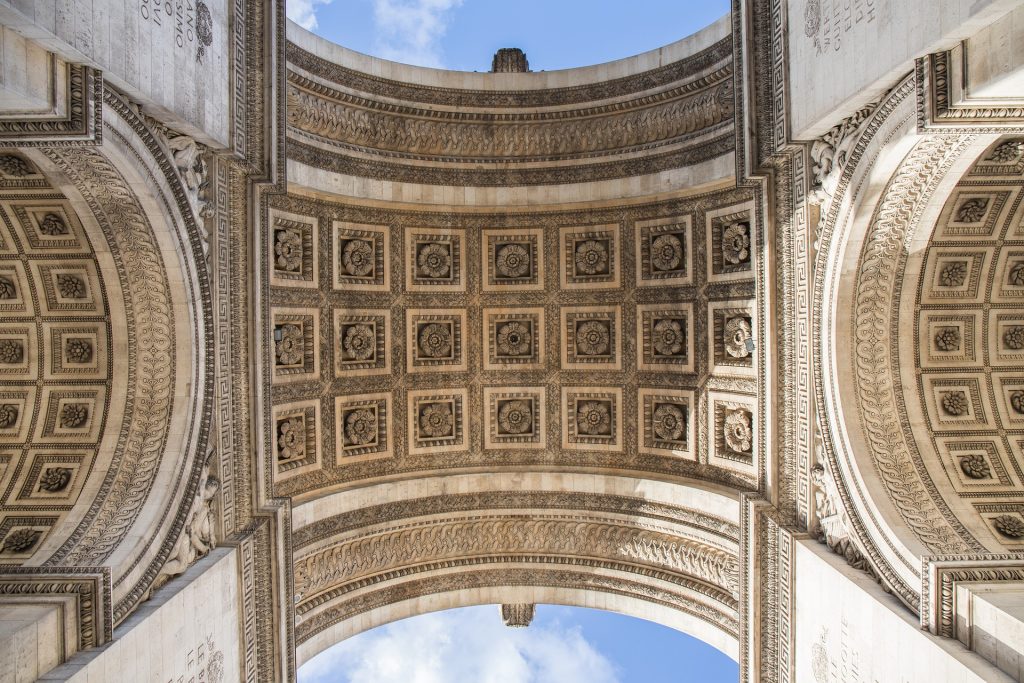 I sometimes share with people that I moved to Paris on eight total days of evidence: three days in 2009, two days in 2010, and three days in 2012.  It wasn’t until the third trip that I had any truly developed idea of possibly ever living in this city, and was thus, on the previous trips, engaged in the typical “see all the things” behavior of the tourist afraid he/she is never coming back.  But since living here I’ve been asked countless times for my recommendations, not just for monuments and museums, but for restaurants, secret places, coffee shops, etc.  I’ve written down all these places on a list that I would have handed to Stephen back in 2009 with a note at the top which would have read: “I can’t promise you two more visits, but I can promise you that you’ll remember this one a lot more if you slow down.”  In this occasional series I’ll share the places on that list with you.

Yes, I know it’s touristy.  But it’s important for so many reasons.  It lies along something called the Axis of History, which runs from the Grande Arche de la Defense, built in 1989 for the bicentennial of the wretched Revolution, all the way to the Arch de la Carrousel, which was also built by Napoleon, but is topped by statuary commemorating the Bourbon Restoration.  This axis, which also runs through the formerly blood-ridden square at Place de la Concorde and ends at the Pyramid in front of the Louvre, encapsulates centuries of French history.  On a clear day, as long as that terrible ferris wheel is not at the entrance of the Tuileries, you can easily see all the way to the Arc de Triomphe from the Louvre-side entrance to the gardens.

The Arc(h), built to handle the monumental hubris and ego of Napoleon, himself being crowned in one of the reliefs on its front side, was not completed in his lifetime.  Indeed, it was only completed under the reign of Louis Philippe.  Anyone familiar with Napoleon can’t help but smile at the idea of a giant monument to what is arguably the greatest military victory of all time (Austerlitz, in 1805) being completed decades after the “empire” declared by Napoleon was gone and defeated.  Indeed, for a while at least, thanks to the Congress of Vienna and Count Metternich, Europe was as it was, with no marauding French armies bringing “democracy” at the point of a bayonet to all of Europe.

The Arc became a military monument and it now has the Tomb of the Unknown Soldier beneath it.  It is Ground Zero for Armistice Day celebrations, held on November 11th with great pomp and solemnity (arrive early in the morning if you want a seat on the bleachers).  Americans who never experienced Nazi invasion of our land will find it hard to imagine those same Nazis marching around this monument, celebrating the surrender of the city, to the despair of the residents, who did not know when they would have a free city once again.

It’s also a great vantage point to observe Hausmannian architecture and the extent of the bulldozing that had to take place in order to bring about Napoleon III’s vision of Paris.  The twelve roads that terminate in this roundabout of Chevy Chase’s nightmares create a graceful chaos, and will provide you with an opportunity to see one of the rare times that incoming traffic to a roundabout has the right of way.

It’s definitely worth it to pay to go to the top of the Arc, not because it has the best view of Paris (that’s at the top of the Montparnasse Tower) but because there’s a small but helpful museum before you walk up the last few stairs to the terrace that documents the building and history of the Arc.

It’s best seen early in the morning when you can have it to yourself, before all the selfie sticks show up.  You access it by subterranean tunnel which you’ll find just a few steps forward from the Qatari embassy on the Champs.  If you see a line in that tunnel, it’s to buy tickets to go to the top, so if you don’t intend to do that, just follow alongside the line until it goes towards a ticket booth on the left and you continue on, on their right, and ascend the steps to street level.

It’s just as lovely, graceful, and imposing at night as in the evening, and at 18h30 every evening the flame is rekindled by one of the many Veterans Associations in France, and it’s worth seeing if you’ve never done so.

If you’re staying on the other side of the city, but near an RER A stop, you can turbo boost your way to the Etoile stop in roughly 5-10 minutes using it instead of Line 1.  Same cost, different method.

What are your favorite things about this monument?  Share in the comments.

Image by Anton Lovász from Pixabay