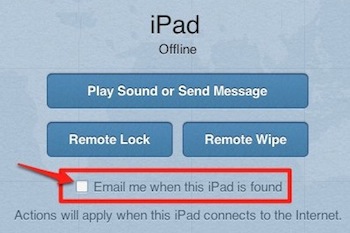 He hangs out at night on my street with three or four of his friends. They smoke, drink, and talk about nothing, as 25-35 year-olds are wont to do. Whenever I pass him, and we manage to make eye contact, I smile, wave, and cry out, “Mon petit voleur!” I call him a thief because last November he stole an iPad out of my bag.

It was my last trip of the night. After one year I had “graduated” from my 8 square meter closet in the sky, towering above the rooftops of the 17th arrondissement, to the 39 square meter reality of a 2nd arrondissement apartment with a kitchen I couldn’t reach from my bed/couch. The day had been filled with those joys of Paris moves: large bags and luggage going down one set of stairs and then up another (in my case down 8 flights of stairs and up 5; no elevators), with the steps and passages of the Metro in between (some can afford moving trucks – I couldn’t at the time). It was 00h30 and I had the last few things with me: two bags slung over my shoulder – one of which was an open sack that contained my laptop and iPad. As I exited the metro I pushed the office chair that I had also brought down the platform. A young man and three of his friends came down the stairs. The one I would focus on (from here on “MPV” for “mon petit voleur”) started to mock-dance with my chair. Tired but amused, I didn’t even take the headphones – still blaring Chris Martin and Coldplay – out of my ear. I simply hauled the chair up and over my head to carry it up the stairway and as I turned away from the group one of them must have reached into my bag and taken my iPad. I didn’t think to check my bag until I had reached the top of the stairs. In a panic, I stashed my office chair and bag someplace by a building and dashed back to confront my thief. The adrenaline had dumped into my bloodstream (I could feel the rush) and I didn’t think clearly enough to go back to the same “inbound” platform I had just departed but instead went to the “outbound” one. I stood on the platform crazed and breathless, and then, just as the train on the opposite platform started to creak forward, I made eye contact with MPV. If I hadn’t been incredulous, I might have shouted expletives. As it was, all I could summon was a measured but incensed, “Hey!” He laughed, smiled, and blew me a kiss. The train slid out of the station.

I didn’t stay to watch it disappear into the darkness. That would have been pointless. I was going to activate the app which Apple had made famous: Find My iPhone. I almost ran up the staircase with my remaining luggage, kept going to my apartment, ran up those stairs as well, with my office chair no less, and hurriedly opened the door to my new apartment. I dropped everything on the floor and activated “lost mode” on the iPad. It showed up almost immediately. The pinging blue dot was at Republique, four metro stops away on Line 3, and was moving slowly towards Canal St. Martin.

As I look back on it now and reflect on the actions which followed, I think of it as calculated irrationality. At the time my French was still more elementary, I was alone, and I didn’t actually know how many friends he had in his posse. But I had been stolen from, and the salve to cool the white-hot burning humiliation and anger (which, interestingly, is not unlike the embarrassment a 9 year-old child might feel upon being slapped in public by his mother) was the feeling I hoped I would experience upon tracking this guy down.

I came out of the main entrance of Republique, without even noticing the statue, the one I so despise, that sits in the middle of the square. I focused on the radiating blue dot on my iPhone, the blue dot which had not moved since I started tracking it. I had sent a message in French to display on the iPad that essentially said I would take the iPad back for 50€ without involving the police, with my phone number appended. Unsurprisingly, given (as I learned later) what he could get for taking it to one of these chop shops in town that wipes them and sends them to Morocco to get sold, he didn’t respond.

Within minutes I was standing directly in front of the café the blue dot indicated my iPad was in. I spotted him. I was breathless and angry, so I started shouting at him in English. I pushed him. I called him names. People came to intervene. I pulled out my phone to take a picture of him and he threw a punch at me as I took it, obscuring the picture. The remaining adrenaline had been dumped into my system. I wasn’t thinking about his friends or the possibilities of knives. In reality, any of them could have had their way with me because I was fixated on his visage: he was the only one I had identified from the moment of the theft. My stupidity and carelessness aside, I manage to pat him down (an iPad is a hard thing to conceal) and found nothing.

At this point some of you might be shouting for me to activate the “alert” sound which would have made it easy to find the iPad. Instead I fixated on this guy, who when I realized didn’t have the iPad, started to walk off. I stayed with the geolocation that the iPhone was giving me. The blue dot wasn’t moving despite the fact that he was now a block away. This could only mean that one of his friends (who had scattered and none of whom I would recognize anyway) had it. I stayed there for a few more minutes, speaking in broken, angry French to anyone who would hear me. Then the dot started to move rapidly in the opposite direction from which MPV had walked off. It was in a vehicle of some kind. I started running after it.

It was 01h32. I remember a gentle rain falling. It was the kind you could possibly enjoy – not the spitting type that so often annoys. My phone’s battery, taxed with the exertions of tracking and GPS duties for 60 continuous minutes, was down significantly. The adrenaline had been spent and outside of the fight or flight context I had been in just a while ago, my body assumed the facts of the day: fatigue from a full day’s move, frustration at the poor moves and decisions made in the last hour, and the dawning of the next stage in the seven that comprise grief: acceptance.

“Say it,” I said to myself. “Say it so we can go home.” I looked up, looked around, and with chagrin that no one saw, said at a volume that no one could hear, “I’ve been robbed.” I slowly exhaled and walked to the Metro. After some more anguished reflection, I fell asleep for the first time in my new apartment.

If I had originally encountered this man in my neighborhood, then surely, I reasoned, he might be a regular (Parisians get into patterns with their nightspots and hangouts). “Perhaps I’ll see him again,” I thought to myself. It’s a small enough Paris to have chance encounters with friends. Surely I could manage a chance encounter with an enemy?

I didn’t have to wait long. I went to the US in the month of December for personal and business reasons and when I returned in January I saw him. I was so shocked to see him that I didn’t make eye contact and hurried past.

He lived on or near my street, I realized.

The occasions repeated, but now I would smile and call him “my little thief” as I walked by. He smiled and waved. It was this acknowledged reality: “Yeah, I stole from you, but come on, look at me.” I didn’t have any recourse that wouldn’t take an extraordinary amount of time and would ultimately be fruitless. I let it be.

Instead, I’m finally sharing this account with you, writing in the café I was in when I first saw him emerge from an adjoining building with a cute little child. A daughter? Niece? I didn’t know. Part of me wanted to go up to her and tell her in my now-much-improved French, “Hey, do you know this man is a thief?”

But almost immediately, I laughed at my first-world problem (and apparent grief). The guy with a Macbook Air and an iPhone was going to be aggrieved about a stolen iPad (which he had bought a replacement for in December) when there were people who didn’t have clean water to drink or food to eat? Non. And for once, I thought I might try “forgive and forget,” even in the absence of an apology or demonstrated remorse. If I buy this guy a drink one day, I might not only forgive, but begin to forget. And if I can do that for a stranger who had wronged me in such an unwarranted manner, might I not see a way back to forgetting all the wrongs that had been done to me over the years, by friends close and distant? But then this would be the thief who gave something to me instead of just taking something, n’est ce-pas?