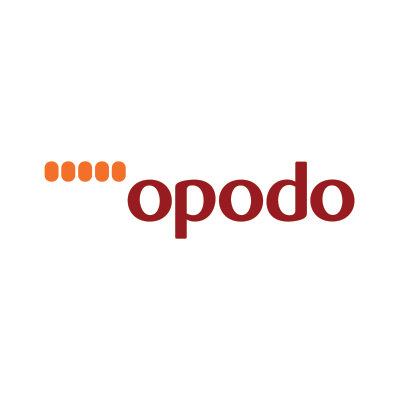 When I lived in the United States I unfailingly used Hipmunk to search for flights.  They use an “agony index” which scores layovers, price, etc. to give you the best option for your journey, not necessarily just the best price (you can always click “sort by price” if you want).  They also have a simple and beautiful design interface that makes reading and understanding the fares simple.  Odd inclusion these days?  Amtrak.  Expected exclusion?  Southwest.  But you can always search Southwest in a separate tab.

Hipmunk simply doesn’t work in the European market as well as Skyscanner, which is the go-to travel website over here.  Skyscanner searches an absurd number of airlines you’ve never heard of, and then proposes all kinds of itineraries that don’t take into account any manner of logic.  Oh, you want to go to Budapest?  You probably want to stop in Dusseldorf for 4 hours on your way there.  No I don’t…wait, I mean, I’ve never been to Dusseldorf…and it looks like the direct flight is 100€ more.  Hmm.  Maybe I could go to Dusseldorf… (not a random example – I did do this last year, and Dusseldorf is definitely worth a few hours of your time, at least).  Alternatively, you’ll also want to check out Skypicker, which dynamically shows cheap flights in real time geographically.

I was headed to Romania to see some friends recently and had difficulty finding direct flights to Bucharest, Romania’s only airport, at reasonable prices.  It was short notice and it was December, so I understood.  I spun the Skyscanner bottle and landed on…Munich or Frankfurt for 8 hours on the way.  I polled my friends in a large facebook travel group and the vote was unanimously Munich.  Done.

I booked the ticket through Opodo for seats on Lufthansa.  Wait, what?  Why didn’t you go to Lufthansa?  Well I would have, but it wasn’t an option at that pricepoint.  Skyscanner lists a number of resellers of varying levels of excellence which have bought seats in advance for the express purpose of reselling them.

Some you will recognize – Expedia, for example.  Others, you will never have heard of, but like most Americans, will cautiously use because no one ever cheats you on the internet for flights, right?  I had used Opodo before, I think, with no serious issue.  I can also vouch for travelgenio/travel2be, though they look shady and my bank initially denied my purchase due to “high fraud with that site” they told me later.

Anyway, I paid for the flight through Opodo, got a confirmation number via Lufthansa, and even went into Lufthansa’s system with the confirmation that showed that yes, indeed, I had a flight to and from Bucharest from Roissy (Paris CDG).

I was in my online banking website, preparing for a meeting with my accountant when I noticed that Opodo had refunded all but $5 of my ticket.  Hmmm.  I called Lufthansa after a login to their system revealed my return flight still, but no outbound flight.  In its place was an ominous error message: there has been a change in your reservation.  I explained all this to the bemused customer service agent, who, after conferring with her supervisor, informed me that the reservation number was simply a hold.  No ticket number had been issued.

I checked my email and nothing had been sent to me from Lufthansa or Opodo.  Four days before my flight and I had been dropped without notice – not even an email – and I only noticed because I was, by chance, looking at one of my accounts in online banking.

Opodo – which seems to be run like a vending machine – great when it works, but useless when it doesn’t –  at the time simply had an FAQ page where there should have been a “contact us.”  As of January 2016 they’ve added an actual phone number on the site.  That’s at least some progress.

I didn’t want to bother over an issue of $5, which they had effectively stolen.  I did another search on skyscanner, but this time I did a quick cross-check in my travel email for an aggregator that I had successfully used in the past – travelgenio won that lottery – and I booked my ticket.  Again.

And now I’m telling you this story over dessert in a cafe in Munich.

I should note I’ve successfully used Opodo at least twice in the past, but such a catastrophic letdown, which led to me re-buying the exact same ticket I had bought originally, but this time for 50€ more, is a dealbreaker…and I didn’t want any of you to make the same mistake when you take your casual trips around the continent.  And trust me, mine isn’t an isolated tale.  These guys are muppets.

If you have any resellers your really like or have good experiences with, please share them with us in the comments.