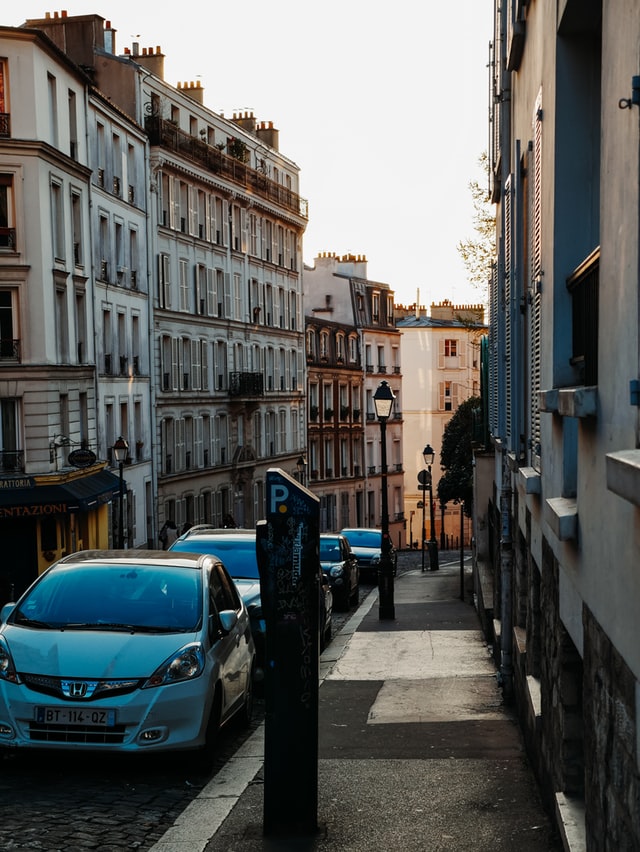 While Paris started the year in the midst of a transportation strike that the strikers by and large lost in the end, there was only a brief respite for the hospitality industry as the specter of the global panic pandemic landed in Europe and then worked its way west.  It’s now our second week in a “lockdown” that seems to get progressively more stringent.

For those who follow the news you may be familiar with the attestation that now needs to be either written by hand or printed and filled out: it’s our “permission slip” we laughably sign ourselves and though I have not yet been asked for one, it will be the first time in my life someone other than a customs official has asked me for “my papers.”  It’s an unusual thought for someone who has spent most of his life in the West.  Out here in the 19th the instances of stopping by police (sometimes in plainclothes) are certainly less than what my friends who live in the Marais are seeing (5-10 stops per hour on one particular street).

Our permission slip states that we are outside (and asks us to check a box for) one of these reasons:

On the governmental side of things there’s been some help, but no explanation of what happens next.  EDF (Electricite de France, our electric provider) has announced there would not be a bill this month, but not what would happen to that payment.  URSSAF, who is the governmental body that handles social payments from small businesses like mine, has said there would not be a payment this month, but not whether we would owe it later.  Even the Ministry of Finance has told us we can instruct our banks to refuse the monthly debit, or go into the online system and stop it for this month.  There’s money promised for small businesses but it’s not entirely clear yet how we would apply and even what would be forthcoming, as there’s no “date of return to normal” that anyone in government would even consider saying to the press.

I’ve been checking in with local friends periodically by text message.  This is new for many of us.  Though many of us were here during the bombings and restaurant shootings in November 2015, we either went out the very next night, or, as I did, hosted a gathering where some of us could share our thoughts over some wine.  My regular slew of book clubs and even my film clubs have continued on in virtual format, and after some basic explanations to some who’ve never used Zoom or been in any kind of online meeting with more than two people, we have enjoyed a bit of normalcy (discussing thoughtful books or films) in what is otherwise best characterized as strange times.

I honestly did not think the French (or the Italians) could stay indoors this long.  They are quintessentially cafe and restaurant people.  It’s only when the streets are dead silent (and it’s not August) that you realize just what an integral part everyday contact with humans plays in a city, and in a city like Paris above all.  Even some of my introverted friends who originally ironically rejoiced at their new “dreamy normal” have started to find a new desire to connect.

It was just announced this week that this lockdown will continue until Easter Week, more than two weeks from now, at a minimum.  For now, it seems like, just as during the strike, many Parisians are taking this stoically.  I’ve even learned it’s actually possible for French people to stand in a queue for something other than a baguette!  But, in all seriousness, it’s generally quiet here and while there are plenty of people like me who consider this the most draconian out of multiple options we could have pursued, there aren’t really too many voices of protest in the sometimes land of revolution.  Many of us are settling down with a good long read.

My fondest hope for many who are taking what is perhaps the most unexpected of “vacations” is the examination of whether their “normal” is something they ever want to return to.  If one good thing can come from this time it might be the chance to reflect and count our blessings.  Even in “lockdown” many of us have access to food and shelter, and there are many others in the world who can count on neither in the most “normal” of circumstances.

Photo by Matt Seymour on Unsplash