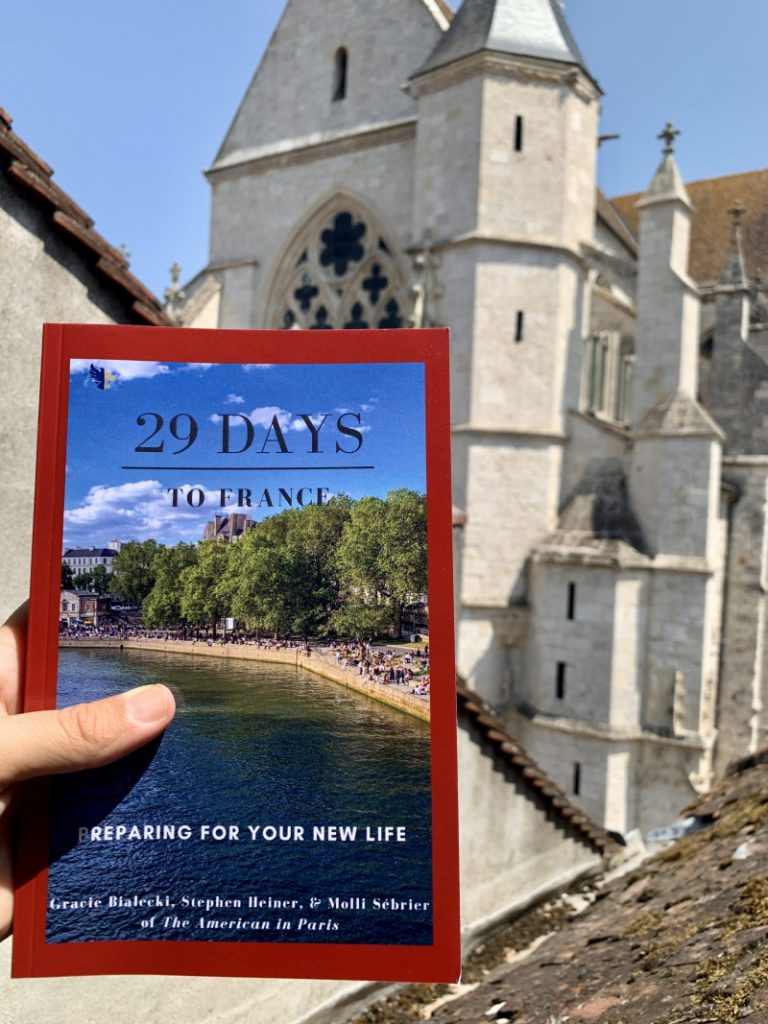 I’ve said more than once that I never expected TAIP to grow into the resource it has become. I simply wanted to help others who, like myself, wanted to move to France but didn’t know how.

After ten years of helping people who were trying to figure out how to get here, I used that experience to put together a book that goes through how to do to move to France as a non-citizen, step-by-step.

Rather than offer detailed explanations of how to fill out specific visa applications (which can periodically become outdated and which we’ve already offered for free on the site) we took a higher perspective from: once I know that I want to move to France, what are all the things I need to think through in order to make that happen?

We created a set of 29 “Days” which serve as prompts and exercises to prepare you to move to France, broken into three parts, to help get you organized

This is the book that I wish I had when I was preparing to move to France.

The book comes in three forms:

I’ve worked on publishing projects before, but only as a proofreader or as someone helping behind the scenes to get the project to press. This was my first time as an author, and even there I had help in the form of two co-authors.

It’s endless proofreading. For those of you who’ve edited work, you know the feeling of finding a typo (“another one?”) on what feels like the 27th pass of a text.

It’s sending galley copies out to reviewers (of which we had half a dozen from the TAIP audience step up and volunteer to help).

It’s personal events and travel that are also jockeying for attention (e.g. Molli left to get married the day after she sent a batch of edits to the publisher, then came right back to that text a couple weeks later to finish up).

We also wanted to make the information useful but not overwhelmingly so, which led us to create single-page days with specific exercises at the end of each one.

We’ll be sharing more information on this book each month for the rest of the year. For now, I am very happy to have completed the project and am excited to get this book into the hands of those seriously considering a move here. It’s going to make the process so much more enjoyable, fun, and reflective.

Photo taken outside one of the windows of my apartment in Moret, where almost all my chapters of the book were written.

3 thoughts on “We Wrote a Book, Part I: Brainstorming, Writing, and Editing”