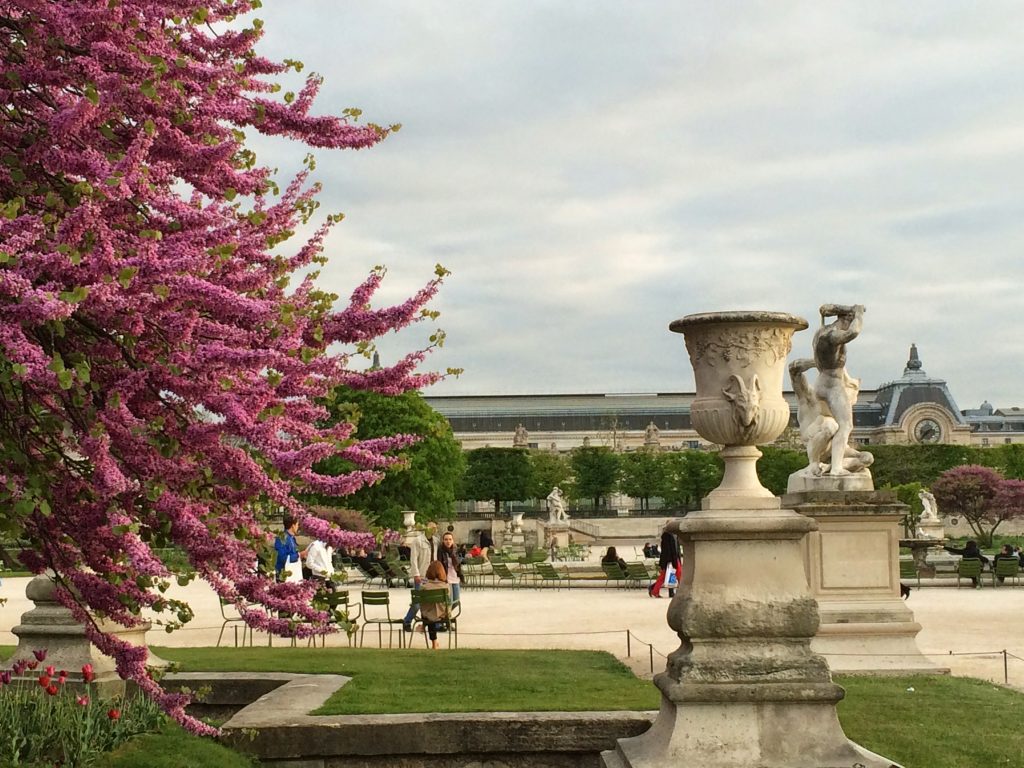 “And you know, Paris is all metro and work and the run-around.”

He used the famous idiom “Metro-boulot-dodo” which is a colloquialism that is literally “subway-work-sleep” that indicates the grind of life for many in the City of Light.  We were high in the French Alps, not far from the Italian border, but quite a distance away from home, and yet the complaint was similar: “I used to think Paris was magic, but now it’s just a place I work and pay bills.”

I tried to hide my dismay at hearing this, because no one should live in a place that one doesn’t love, if it can be avoided.  It’s socially acceptab

Now, I’m not pretending that everyone can have a great amount of time wealth/lifestyle in the world’s finest cities, but if you are going to bother to live there, to “put up” with the cost of living, it’s surely a great shame if you can never enjoy it.

Now, the first time I heard this complaint was from a lady who attended my Paris Culture Lovers meetup who rather sourly

complained about her schedule as I described my own, which included grocery shopping, visiting parks and museums, and riding a Velib during “off hours” – when everyone was at work from 9-5.  While I was a bit taken aback at her tirade, even though I’ve become very used to the French complaining (it’s a national art and sport), especially since she chose to move to Paris 15 years ago – for work – I avoided what would have been a typical American retort: “Well why don’t you do something about it instead of just complaining to 10 near-strangers about it?”  I said it another way to my friend Julia last month: “The French as a people would rather complain about what they don’t have than take responsibility for building their dreams.”  Instead, I just managed to stutter, “I guess…I guess I just live in a different Paris than you do.”

Since my current conversant was French I decided to take a different tack and asked him how he planned to break the cycle.  He shared some great ideas, but unsurprisingly, had not done any real research into those ideas.

Okay, Stephen, so people quit their miserable city jobs, then what?  Look, I don’t know.  I’m not advocating that everyone quit his/her respective jobs.  I’m just asking the serious and adult series of questions: what is the life you want for yourself?  Are you living it now?  If not, why not?  Do you have any plan or timeline in which you will be living the life you want?  Does it solely hinge on money?  Have you rethought that?

Surely life is more than paying rent or a mortgage.  Our time on this magnificent planet is too short and brief to spend focusing on the life you don’t have.  Start creating the life you desire and marvel at how much the journey alone will prepare you to enjoy what awaits your sacrifices.  I’m reminded of the words of Marcus Aurelius:

The impediment to action advances action. What stands in the way becomes the way.

The obstacle is the way.

The photos are all ones I took this time last year, when Spring had definitely arrived.  For now they are consoling me that we are almost there, as Winter is staying too long this year. 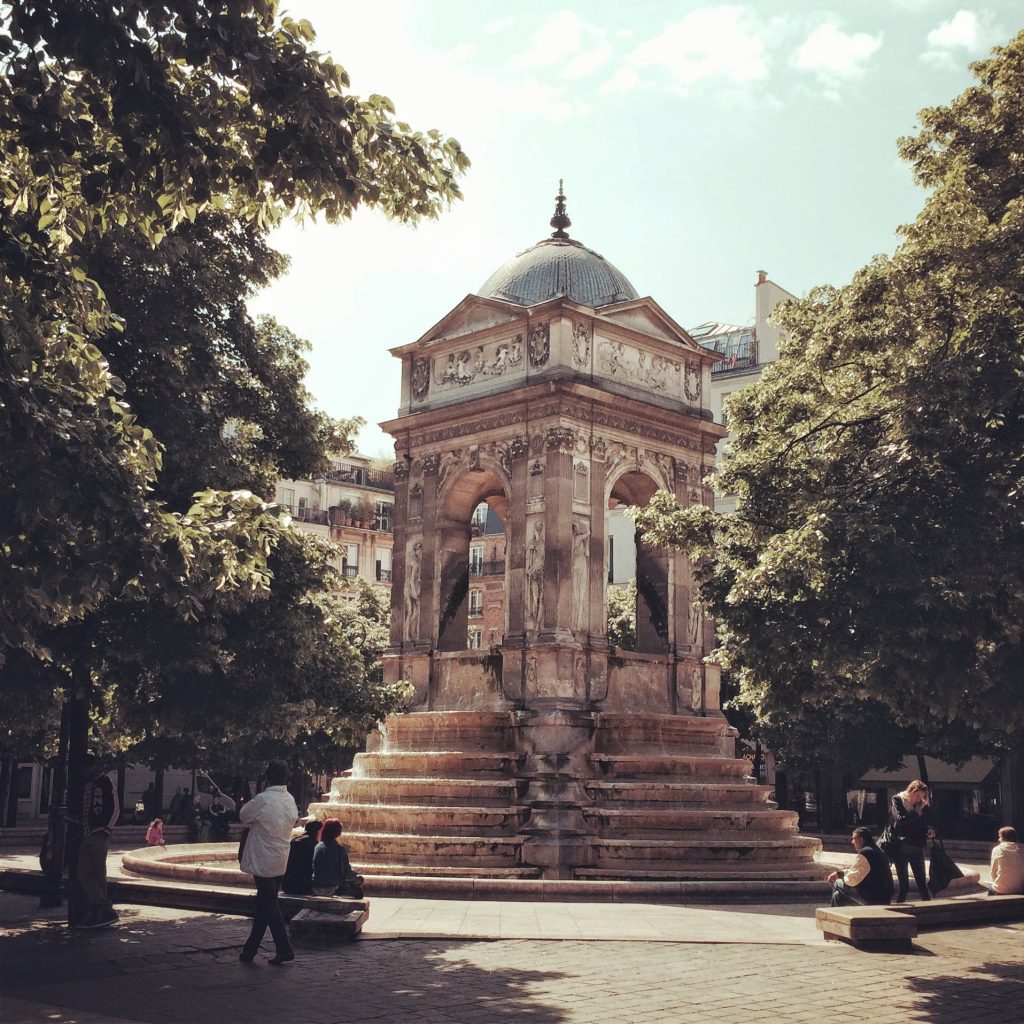 I understand that in a world that thrives on relativity (“everyone’s opinion is equal,” and other such tripe) such a declarative statement as the title of this essay makes may rankle.  Let’s start at the outset by admitting that the world is full of beautiful cities.  But before you get upset, let me make my case.  Save your furrowed brows for after you’ve read my piece.

I have been deeply blessed to have been to many capitals all over the world.  The capital of any country is a place where the country may, like a peacock, strut with feathers in full view.  There may be monuments to national moments and heroes, and churches where many gathered for centuries, and streets with countless stories.  Paris is one of those capitals, and yet for all the vaunted pride of the French, Paris never struts, as it is supremely confident in itself.

When people ask me why I think Paris is the most beautiful city in the world, I always start by talking about the beaver dam.  The beaver dam is an artificial construct made by animals within a natural environment.  The beaver dam is useful, aesthetically pleasing, and sustainable.  When viewed in nature – it does stand out – and yet it is harmonious.  When it is at its best, the human city is much like the beaver dam.

Beauty isn’t uniformity or conformity.  It’s the respect paid by those creating to those who will view, throughout all time.  In the construct of a city, this means sidewalks that invite and welcome walking, paths for bikes to buffer those pedestrians, and limited access to cars.  Cars cannot be allowed to be the defining principle of city planning and growth.  It’s not that cars are ugly – it’s that in being overly accommodating to them we impinge on everyone else and part of beauty in a cityscape is balance.  Despite being built long before the automobile’s ascendancy, Paris does an excellent job of giving cars freedom to roam without allowing them to own the road.

A beautiful city can’t be unreachable.  It has to be accessible to all.  Paris has every mode of transportation imaginable, at reasonable prices (for the resident – it can be a bit pricey for tourists) and with a high level of reliability.  If you can’t afford these modes of travel, the city is built for you to walk;  businesses, diffuse in their location and variety, are everywhere to accommodate you.

Still-intact medieval cities like Toledo in Spain give us a good idea of what “size” should mean in relation to the human scale of cities.  Some cities, like Portland, Oregon, are experimenting with this in our modern milieu.  Whether they can be successful in the era of speculative real estate is less relevant than the effort itself.  A city like Paris which is relatively small (I’m only examining the 20 arrondissements that properly comprise the city) allows you to get to know your neighbors and run into people all the time.  Those sorts of occurrences build that social fabric that makes a civitas, not just a group of people living in proximity to each other.

It lets nature in

Paris has trees down nearly every boulevard and more parks than you can shake a fallen tree branch at.  Nature is seen as a harmonious and necessary part of the city – not something you keep on the outskirts or in the countryside.

It melds old and new

As much as I may dislike the Georges Pompidou or Bibliotheque Francois Mitterand, they, and other structures like them remind us that the human project is never finished.  Some periods are clearly better than others (you’re never going to get me to like the Rococo or Mannerist periods) but yet all of it still, in its own way, works.

An homage to an era before we could steal water from far away places and create cities that should not exist (Las Vegas), a river reminds us of the reason why humans came together to live in the first place – to be near a resource so integral to our daily lives.  Now, I should admit that the dirtiness of the Seine is a disgrace and has a number of not-easily-resolvable causes, but the way the river and its constant traffic – both on it and along its banks, winds through the city is fundamentally arterial, and, if it were removed, its loss would completely change the character and city for the worse.

Many homes in Paris are small and are not built for large-scale entertaining.  As such, many parts of the city are de facto extensions of the home.  Those public spaces are more beautiful than even the most extravagant private places might be, and so you can take a stroll through what were once the private demesne of the king and his family, and see how staggering such beauty, kept to oneself, might have been like.  You live within a small home because what is outside and available to you for free is so priceless.

It has an identity

It’s only a virtue to be an “international city” if you have your own clear identity.  If you walk away and know what the identity of the city is – what it has left within you.  Paris is the most visited city in the world for a number of reasons, but I suspect that part of it has to do with the fact that not only does Paris promise so much to those who learn of it, but it so overwhelmingly delivers that we lovers of it are forever haunted by its soul, even if circumstances do not allow us to make a permanent home here.

Many cities are beautiful in their own way.  But Paris, for all these reasons and more, is the world’s most beautiful.