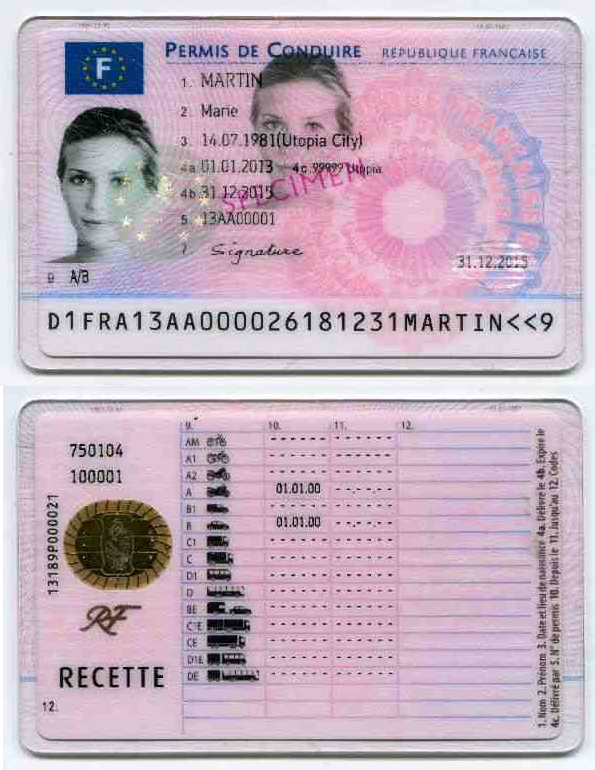 I hadn’t written about this before, but a number of people have emailed me about it more recently and I also just finished a book called French License by Joe Start which chronicles just how challenging it can be to get one of these.

So, why haven’t I written about it?

I’m writing this article while visiting Singapore, the city-state I was born into and where my mother’s entire side of the family lives.  It has a world-class public transportation system and I was taking the metro (known here as the MRT) by myself as early as 6 years old.

I love living in a city where not only do I not need a car, but even the costs of owning a car are a deterrent to ownership.  Apart from purchasing, there’s a flurry of licensing fees and taxes that go along with standard car costs, not to mention parking fees and gasoline that costs at least double what it does in America.  Did I mention the ticket-happy Parisian meter maids?

In the five years I’ve lived in France I’ve driven precisely 28 days, on vacations in Bordeaux, Provence, and the Basque country, as well as a work trip in Brittany.  These are all places you cannot truly get around without a personal vehicle.  Each time I drove I rented a vehicle using my American license.  In fact, the one time I got pulled over in France (I stupidly overtook a cop in a small town – it didn’t look like a cop car) I decided to pull the “dumb foreigner” act and spoke English, handing over a US license, all while looking suitably scared, penitent, and compliant.  They had no wish to do paperwork as they thought I would probably never pay the fine anyway, and there doesn’t seem to be a mechanism to chase down foreigners (as they imagined I was).  I promised to pay more attention to the signs and slowly drove off with a smile and a wave.  Driving a vehicle without a French license is letter of the law illegal, as I am a resident of France past my one year grace period, but my insouciant attitude on the matter confirms that indeed, I have adopted the French spirit entirely. 🙂

So assuming that, like me, you love that hole in your budget where auto expenditures used to go, but are constrained by your circumstances and hence need a car and requisite license of your own, what are your choices?

Trade in your US license during your first year in France.  The following states offer a straight swap of your license for a French one: Arkansas, Colorado, Connecticut, Delaware, Florida, Illinois, Iowa, Kansas, Maryland, Massachusetts, Michigan, New Hampshire, Ohio, Oklahoma, Pennsylvania, South Carolina, Texas, Virginia, and West Virginia.  If getting a driver’s license in France had been a priority in my first year I would have swapped my Kansas license then and then did what I advise my visa consulting clients to do, report their US license as lost (and it honestly was – lost to the hands of the French government) and get a new one.  Two licenses for the price of two.

It’s too depressing to relate, and why bother when the US government has a handy PDF that you can peruse at your leisure?  If you want to get more depressed, read the book I referenced above.  The work I’ve done at the prefecture for French residency seems to pale in comparison to the work for a license, and given that 1/3 of the French nation doesn’t have a license, the written and practical portions, as well as the cost of the schools themselves, drive most people off from the process entirely, and keep in mind that these are native speakers who play games like Mille Bornes from their youth and have insight into just how arcane and impossible the French licensing process can be.

But why be depressed at all?  France’s infrastructure is advanced enough for you not to have to have a private car, and with services like BlaBlaCar more closely connecting us all the time, you won’t need to.  In a driverless future, no one will need driver’s licenses, and that future will come to France, albeit slowly, I’m sure.