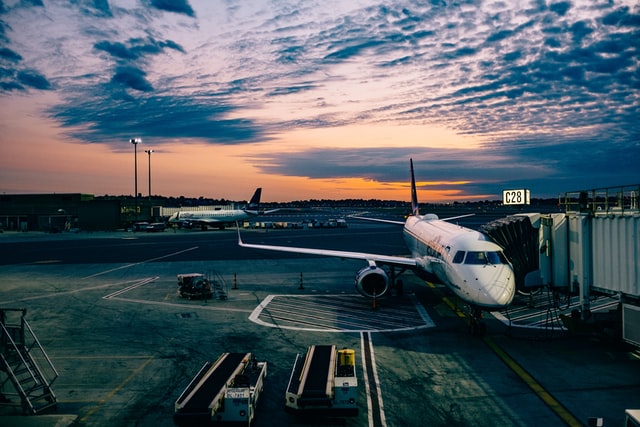 While many of my planned trips this year evaporated in the spring, there were still some trips I chose to take for business and personal reasons.  During a brief window in the summer when PCR tests weren’t required, I went to visit family and friends in the States.  Inside Europe I managed short trips to Croatia, Mallorca, and Andorra.  I did all this on my US passport, despite the alleged “American ban” in Europe, and even without my French carte de séjour.  But I still had a final business trip on the calendar for 2020: Salzburg in November.

As you do when traveling in Europe these days, I was checking the ReOpen EU site regularly, to see what new regulations were in place.  I don’t remember exactly when I found out I was going to need to take the dreaded PCR test, but when I did, I immediately made an appointment at a lab in the 11th.  In early October the appointments were at least 2 weeks out and I needed a test that was done fewer than 72 hours before my arrival in Austria, in early November.  I managed to get an appointment for the right day and time and I showed up to a virtually empty clinic.

This was to be my third COVID-19 test.  The first had been at my doctor’s request during lockdown, when I described the flu-like symptoms I had earlier in the year.  The second had been before a summer trip to Croatia, when I thought they might ask for a test even though I was coming from France, not the US.  But those had been blood tests.  The PCR test was “invasive,” I had heard, but I hadn’t really read much more about it.

When I came to the clinic I was ushered right to a receptionist who verified my appointment and asked for my Carte Vitale.  Since the summer the French government had started fully covering the cost of Covid testing so I wasn’t asked for any money out of pocket.  After a few minutes I was handed a printout and some stickers which would ostensibly go to the lab with my swab.

“Personne suivante,” came a calm voice from behind a mostly closed door.  I came in and sat down in the chair that she beckoned me towards.  She told me I would need to remove my mask, which I did.  She then asked if I had done this before.  I shook my head and she told me to sit back and relax and that it would not take long.

I assumed the pose that I normally do at my dentist’s.  Relaxed, head back, remembering that the person who is doing this does this all the time, professionally, and is not interested in hurting me.  For those of you who are unfamiliar with the PCR test, it involves sending a swab about three inches into your nose to grab some samples of upper respiratory mucus.  As you might guess, this is not a pleasant feeling.

This is not so much a question of pain as unpleasantness.  Your nerves in this area sound an alarm: what is this thing doing here?  When she had inserted the probe the entire way in she actually moved it around a bit, ostensibly to make sure she collected enough of a sample.  She saw me tighten up and after withdrawing it she waited a beat before asking if I was ready for the “next one.”

Then I realized she meant the other nostril.  Okay, I know what to expect this time.  I braced myself and a few moments later it was over.  I thanked her, got my stuff, and headed home.  I got the results by email the next day, which I then printed out so I could present it in Austria when I landed.

As I said, the trip was originally planned for Salzburg, and had the trip occurred one week before that would have been fine.  But in the days leading up to the trip Austria announced a lockdown and this led to many hotels and Airbnbs closing their doors (as the government promised to make them mostly whole if they complied).  Not wanting to take a risk of being in Salzburg without a place to stay, I decided to improvise and go to another location where I knew I could stay, outside Vienna, close to where my colleague on this trip actually lives.  But there was an additional wrinkle.  Austria had asked for a 10-day quarantine on visitors, even those with a negative test.  I decided to chance it.  My trip was scheduled for 7 days and if they made me stay an additional 3 days in Austria, I wouldn’t fight them.  Though, my business involved me working in the same room as my colleague, so if they actually planned to enforce this quarantine, my trip would be pointless.

The flight was about 80% full and during the flight we filled out contact tracing paperwork (which they collected) as well as an “Entry and Transit Declaration” (which they did not collect).  This document asked for:

At the very bottom of the document it said, “The details provided here will be sent to the health authorities of the province where you will be staying for the next ten days and, at the end of this time, destroyed.”  So, this form was supposed to be turned into someone, not carried with me inside an isolated accommodation in case a police officer stopped by, who couldn’t possibly know I was staying there unless I had turned it in in the first place.

No matter, the main concern for the Austrians for those of us arriving was a valid PCR test.  They had military personnel, not customs agents, looking at our passport and PCR test.  Because of the perfunctory manner in which the soldier dealing with me looked at my paperwork, I realized he was looking for two things: a name match, and a valid 72-hour window.  That meant that anyone who wanted to forge up an official-looking test could easily do so.  There was no electronic scanner to verify that this was an actual lab which had administered an actual test.  It was a simple check of paperwork using the technology of 1920, not 2020.  He handed back my paperwork and my passport.

I then proceeded to the passport window.  Surely, I’ll be checked, I thought.  Vienna had just had a terrorist attack the previous week.  But no, the lady at the window was busy on her phone and just waved me through.  The Austrians didn’t care what my purpose was in their country or if I even had a valid purpose to be there.  They only worried if I had a valid PCR test, which I could easily have forged, it seems.  As has been the case for most of this year, I was watching biosecurity theater, and not even good theater at that.

A friend picked me up at the airport and we headed back to his place to have lunch.  As we walked into his apartment building I marveled at the people not wearing masks.  “Is there no mask mandate?” I queried.   “Not outdoors, that’s weird!” he said.  Indeed it is, I thought to myself, but felt like a kid on Christmas day just because I wouldn’t have to wear a mask outdoors all week.  We had had an outdoor mask mandate in France for some months now.

Later in the week I was walking around Vienna with another friend when I realized that pretty much all the shops were open and a lot of restaurants were offering takeaway service.  I tried to explain that in France “lockdown” meant I couldn’t leave my house without a permissible reason, that I could be stopped and asked to justify myself at any time, and all this was to take place within 1km of my house, outside of particular extenuating circumstances (although, just as in late spring, the French were not taking this seriously at all).  He wrinkled his nose.  “We had something like this back in the spring, but not now.”  While it seems that since my visit Austria has been put into a much stricter lockdown, I was happy to take the opportunity to, among other things, get my hair cut while I was there, as I didn’t know when I would have the opportunity again in France.

When I came back home to France I presented my passport at the border.  The agent scanned it and after some time my linked carte de séjour showed up digitally on his screen and he waved me through.  No tests, no quarantine, and not even any paperwork pretending to enforce either.

So, traveling during lockdown?  If you’re worried about how to do it, don’t (the authorities clearly have no idea what they’re doing).  Just have your paperwork in order and be ready to be patient and smile.

Photo by Ashim D’Silva on Unsplash