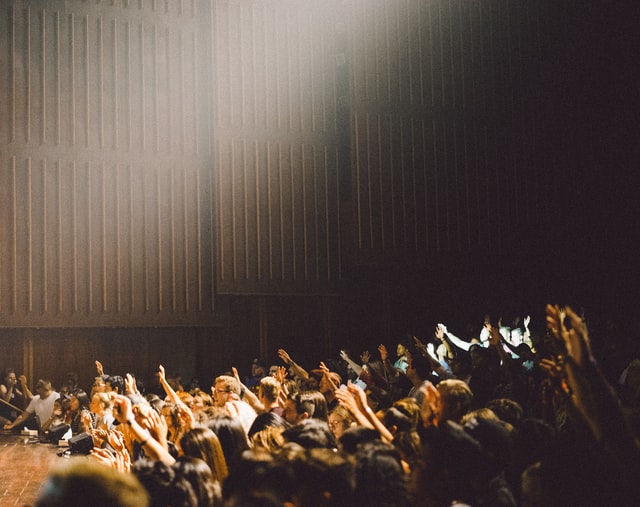 When I graduated with my bachelor’s degree I was one of those “I’m free!” people. I was so happy to have finally wrapped up my schooling after what seemed like 16 long years. I truly never thought I would go back to school.

Fast forward to 2017 and I found myself in the admissions office of Université de Nanterre in a suburb just outside of Paris. I had already spent one year here studying French in order to a) be able to carry on a conversation instead of just responding with “oui” or “non” and hoping for the best, and b) to obtain the B2 level of French that I need to get into the master’s program I had my eye on.

Say what? The girl who basically ran off stage after she was handed her bachelor’s degree now had grand plans to get her master’s degree? In a foreign country? Guilty.

Why I Made the Decision to go to University in France

Let me back up a little. When I first arrived in France I was an au pair for a Franco-American family. I was required to speak in English with the children which was both a blessing and a curse. A blessing because I knew next to no French, and a curse because I was able to stay in what I like to call my “English bubble” for too long.

I was speaking in English with the children, the American mom, and even with the French dad because he wanted to practice. My friend group included other Americans, an Irish girl, and several Australian girls. We spent our time together and we often went to English and Irish pubs with other Anglophones.

In some ways, it was a relief to be able to speak my own language in the midst of a foreign country. Moving abroad is filled with ups and downs, and it can be lonely. Plus, all of the sudden change is…intense, to say the least. My English bubble was comforting and so I stayed there for two and a half years.

After those years of nannying, I decided that I wanted to move on, but that didn’t mean moving back to the US. I wanted to stay in my newfound country but I knew at this point that I needed to start speaking the language, not to mention think about what I wanted to do with my life. I realized that I couldn’t be a nanny or live in my English bubble anymore.

And so I started the process of determining how I could legally stay in France. I found out that if I had a valid visa, I could go back to school for the same price as a European.

This has now, unfortunately, changed. In 2018, the government announced that foreigners would need to pay 2,770 euros for an undergraduate degree and 3,770 euros for a master’s degree. Most universities disagree with the new rule and refuse to comply, other universities have gone forward with it. Before you decide on which university you’d like to go to, make sure you’re aware of the admission fees for foreigners! However, the new admissions fee for foreigners is still a fraction of what I would have paid in the US.

Things to Consider Before you go to University in France

I started thinking about what I wanted to do for work, as I had lost all interest in the field that I got my undergrad degree in. I finally settled on becoming a writer (how do you think I’m doing?), and so I started looking into master’s programs in French literature. At almost the same exact moment, I realized that I not only needed to prove that I had a B2 level in French, but I would be completely lost at university if I didn’t have at least that.

I recalibrated my search for a program that would help me learn French as well as give me a diploma with my new French level on it. In Paris, there are two well-regarded programs: one at La Sorbonne and the other at Nanterre. I settled on Nanterre because I had already missed the deadline to apply for La Sorbonne.

I ended up having an amazing year at Nanterre in their FETE program, which I recommend to anyone looking to up their French skills. Not only was I on a university campus (which just made it feel more legitimate), the teachers are qualified and helpful and the curriculum is interesting and relevant.

I finished the year with my B2 in French and decided that I wanted to stay at Nanterre for my master’s for a few different reasons. I enjoyed my time there, I understood how their administrative procedures worked, and I knew that the admission process would be easier seeing as though I was already in their system.

I headed to the literature department to speak to an advisor to make sure that I had the right requirements. We got to talking, and she asked me about my plans, she looked at my resume, and she also asked me about my interests. She told me that although I had the correct level of French to enroll, I would probably have a hard time with the course material. Did I know that the school had an English Studies department? That offered a bilingual literature program?

My eyes lit up — that sounded right up my alley.

Ultimately, I’m so happy that I decided to speak with that advisor before I enrolled in the French literature program and that she was so honest with me. I would be able to handle the course material now, but that’s because I have four more years of speaking and reading French under my belt.

Although I technically had the correct level to enter into the program, I did not have the brain capacity or level of vocabulary to seriously study, analyze, and write French texts. And, because I decided to go for the bilingual English/French program, I was able to write my 80-page thesis in English (what a relief!).

I ended up thriving in the English Studies program and I finished my degree with a mention très bien. I also scored because my program was truly bilingual and most of the English or bilingual master’s programs in Paris are at private universities — which come with a much higher price tag.

So, what should you consider before you go to university in France?

Tick off these boxes before you start looking into French universities and you’ll set yourself up for success.

Photo by Edwin Andrade on Unsplash