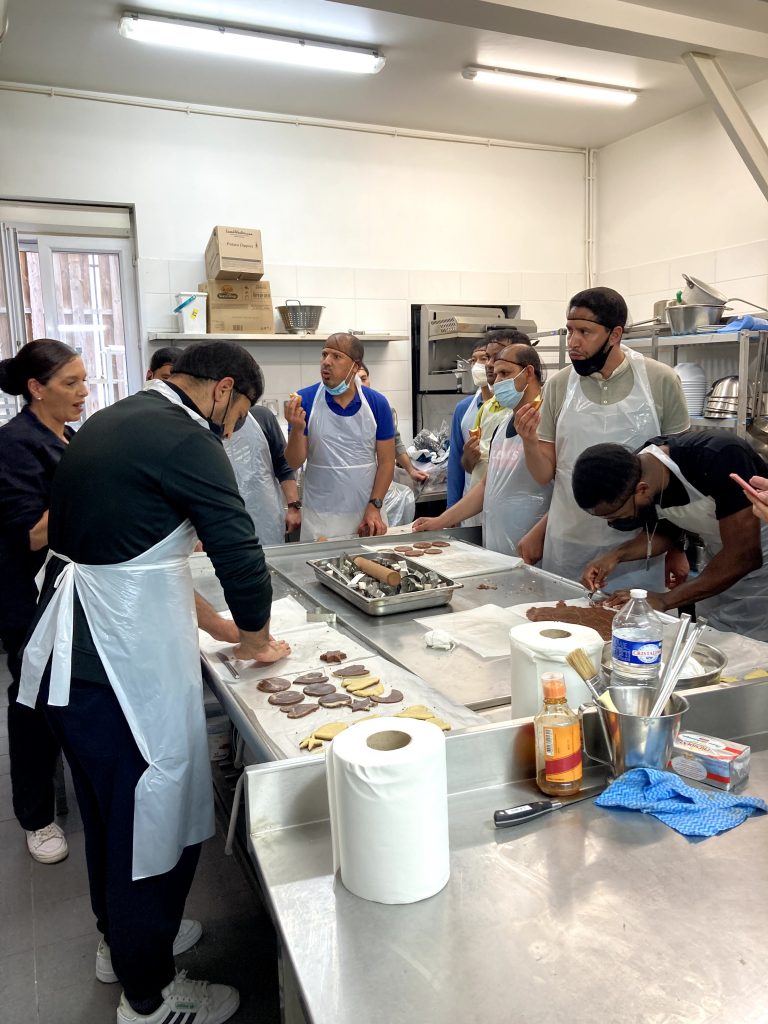 I already wrote about signing a contract d’intégration républicaine (CIR) and attending the first day of civics training, so I’ll continue my integration journey here by covering the remaining days.

It’s hard for me to differentiate what was taught on Day II from Day I since so much of the information were facts I already knew, or were so straightforward, I had already assumed their existence. We were taught about freedom of speech and religion or the concept of laïcité which is a particularly French republican form of secularism. None of this was new information, and I would’ve been surprised to learn these concepts didn’t apply in France.

At the end of the day, what stuck out to me was somewhat random information, and laws I wasn’t sure existed in the United States. For example, we learned there is a minimum requirement for apartment size (in meters-squared) based on the number of occupants. While this might be the case in some cities, as far as I know, the US doesn’t have a national housing requirement. That said, I’ve never taken American civics training or classes.

At the end of Day II we also had to complete a chemin de route which listed three tasks we would complete by the following session. The tasks ranged from administrative (researching government procedures) to cultural (attending a museum). Since I’d been living in France long enough to have gotten, as well as established myself working remote, most of the tasks on the list didn’t apply to me. Most of the other attendees had been in France five to ten years, and I imagined that had already done these procedures as well. I’m not sure if it’s exclusively a visa vie privée et familial which requires a CIR, and I wondered if it was part of the renewal process for another visa as well.

Much like Day 2, we spent the first part of class reviewing the subjects we’d already covered: The country of France, health, employment, parenthood, and housing.

When it came to French history, we studied a timeline of the country’s most important rulers and politicians, along with their corresponding monarchies, empires, and republics. As an American whose country’s constitution hasn’t changed in almost 250 years, it is hard to fathom that much political upheaval. France is now in their cinquieme republique which began after World War II — in other words, this system of government has only been in place for seventy years.

Our teacher also had us go around as a group, share our chemin de route and give updates on the tasks. Most of the group had completed a few simple things, though again, I wondered about the timing of these courses since I’d opened a bank account and enrolled in the medical system years ago at this point.

We also signed up for our Day 4 classes which would theoretically have been more active and in-the-field except that all cultural visits had stopped due to Covid and were now taking place in OFII centre. The only option left involved a pastry making class in Clichy where we would also learn the history of pâte sablé. Even though I have celiac disease and am gluten-free, I signed up for this one since I couldn’t face another day of presentations.

We started the day in a crowded classroom and the instructor has us introduce ourselves, say how long we’d been in France, and what country we were from. This was the first time this type of sharing or cross-cultural exchange had been instigated, and it was interesting to learn at least a bit about everyone else in the room. The instructor also established that quite a few immigrants spoken very little French and she paired them with those who spoke their language or English, which is always a common denominator. (It hasn’t stopped surprising me how prevalent my native language is.)

From there, we moved to an industrial kitchen where I worked with a man from Afghanistan to make pâte sablé. He ended up being very talented at crumbling the butter and flour together and must have had previous pastry experience. As soon as we established this, I let him handle the dough and focused on gathering the necessary ingredients and explaining the next steps.

The kitchen was crowded and hectic. There weren’t enough digital scales to go around, and the instructor oscillated between jovial and chastising how long we were taking. But amidst the clouds of flour, we were working together, explaining what to do next, and integrating in a way none of the other courses had achieved.

At the end of the day as we stood around munching cookies, another Afghani man about my age asked where I was from. “America,” I told him.

“Do you know what’s happening in our country right now?” he asked with a mixture of contempt and disbelief.

I nodded apologetically and said yes, I was aware.

This was the realest moment in my many tedious hours of civic integration. Here we were in a foreign country — me by choice, him by necessity — as he questioned the American intervention which had ultimately left their country in shambles. Our paths would never have crossed if the French government hadn’t forced us together.

While I can’t say I enjoyed or found the civics classes particularly useful, I do appreciate the fact that they were provided by the French government. (I can’t say they were offered, because they were mandated.) The experience would have been significantly less stressful had the scheduling system been online and not involved paper convocations for fixed dates months in advanced. As I’ve mentioned before, I didn’t even know the word convocation existed before arriving in France.

I also wish there had been more emphasis on getting to know the other people in the courses, as we had on the last day. Although I understand the goal was to teach us about France, I think we were all interested in knowing why the other people were there and how we could help each other. There was at least one moment in each class where an immigrant mentioned an administrative problem and we all chimed in with how to handle that. What better way to make us feel comfortable in our new home by supporting and learning from each other?

Photo was from our day making pastry.