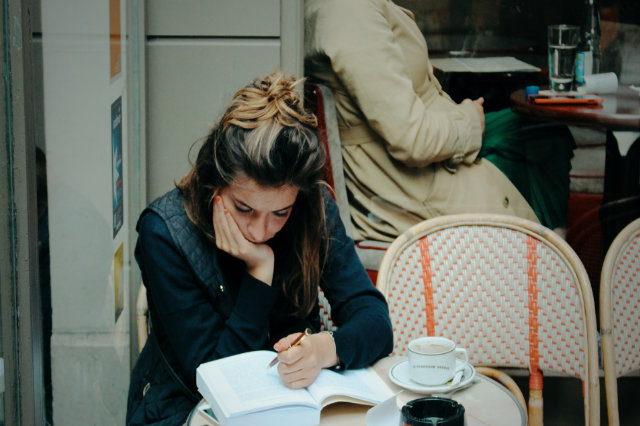 I’ve had almost every student job imaginable since I’ve been in Paris. I’ve traded daily English lessons for my apartment and picked up a child after school while speaking exclusively in English. I’ve cleaned Airbnb properties and met guests to hand over the keys. I’ve done babysitting, dog sitting, cat sitting, and housesitting.

As a student, you’re legally allowed to work “up to 964 hours per year, or the equivalent of 60% of the maximum working hours permitted.” That’s around 20 hours per week.

If you’re an expat student in Paris who wants to start earning an extra euro or two, below you’ll find several different options that aren’t soul-crushing and actually kind of fun.

Providing childcare is one of the easiest and most common ways to earn extra money as an expat student. There are a lot of French families who want their children to learn English, and a great way to do so is through an English-speaking babysitter:

If you’re interested in childcare and have control over your class schedule, you’ll want to try and keep your Wednesdays free. Most French children don’t have school on Wednesdays, or only for half a day, so, it’s a great day to get in those hours!

You can find childcare jobs in several different places online. First and foremost I would look on Facebook for groups of au pairs, students, and parents in Paris. Then, you may want to check out other websites such as MisterBilingue, Mômji, or Angloinfo. You’ll find a lot of French families who are looking for a helping hand who can also teach their kids a new language. Or, you may find Anglophone families who are looking for a babysitter who can speak their language. Either way, it pays to be an English-speaking babysitter in the French capital.

Another one of my favorite student jobs in Paris was dog walker. If you miss your pets from back home but don’t want the responsibility of owning one here, the next best thing is pet care! I’ve walked dogs of all shapes, sizes, and ages, and it is one of the easiest and most rewarding student jobs I’ve ever had. Pet care is a great option if you don’t like kids or don’t want to teach English:

I’ve had great luck as a pet sitter in Paris, and, in addition to being a way to make money, it also gave me the opportunity to explore certain areas of the city I would have never gone to. And, for those of you with teeny tiny apartments, it will give you the chance to stay somewhere with a little bit more room, while getting paid to do it.

I found most of my gigs in a Facebook group called Paris Expat Dog and Cat Owners.

If you don’t want to work with children or pets, you may consider housesitting or working as an Airbnb cleaner and/or greeter. I’ve done all three in Paris and, again, it’s a nice way to earn money and explore different areas of the city:

Again, I found most of these types of jobs in Facebook groups and on Craigslist. Similar to childcare and pet care, once you build up a good reputation you’ll also be able to find more gigs through word of mouth.

These options are not the end all be all for making extra money in Paris – far from it. Other options include working in a bar, restaurant, café, or even at walking or bike tour companies. Rest assured, there are plenty of ways to make money as an expat student in Paris.

Photo by Steven Lasry on Unsplash