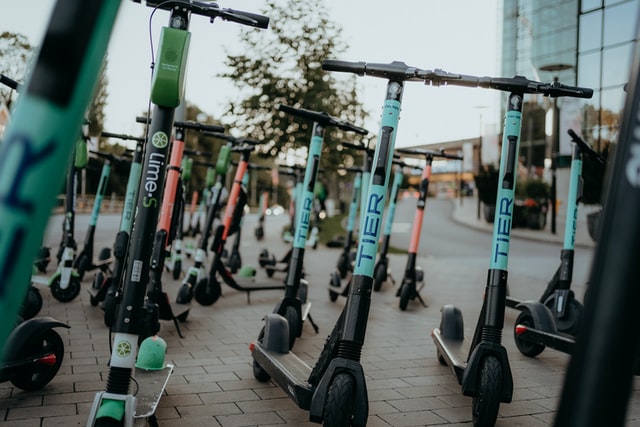 I first looked into a trottinette (what the French call the platform-with-wheels-and-a-stick electric scooters) in January 2020, in the throes of yet another transportation strike (oh, for those good old days when strikes were our big problems!).  I wasn’t alone.  Many people were tired of the CGT and the disruptions and as such a first big move in Paris towards using bicycles and trottinettes began.  With many people choosing these new options, the shared biking system (Vélib) and the various shared scooters (Lime, Dott, etc.) were strained.  They simply couldn’t keep up with the new demand and those who were trying to get away from the frustrations of the transportation strike didn’t want to leap into another frustrating situation (no bikes or scooters available) and so they opted to buy their own bikes and scooters.

It was sometime in Spring 2020 when I bought what is the most popular model of trottinette in Paris, the Xiaomi Pro.  While this model is inexpensive (new for about 400 €, used for around half that) the key feature that has made many go for it is its foldability.  This means that users can take them on the metro with them, an option not available to most on bikes, as the majority of Parisian bicyclists do not have the folding Brompton ones.

This form of “multimodal” transport, in which someone walks, takes a métro/bus, then finishes the “last mile” of the journey on a trottinette, is a dream of transportation experts.  However, some studies point out (rightfully) that those riding trottinettes are not people who would otherwise have driven cars.  They are usually pedestrians who don’t want to walk anymore or just want to get somewhere faster.  There’s nothing wrong with that, and it is good to pull some pedestrians out and put them into the ever-expanding bike lane system in Paris.  But it cannot be argued that trottinettes do anything to ease vehicle congestion in the city.

Not Such a Deal

The thing is, the cobbled streets of Paris are tough on the small-wheeled trottinettes.  And the Xiaomi Pro, as I found out, is not the most stable and strong scooter platform you can buy.  So I’ve had numerous repairs to pay for in the last 18 months.

The first was a new tire tube after some stray glass had flattened the existing one.  Broken glass is an issue that you have to deal with even as a pedestrian, but the consequences are more significant for those who are rolling along on rubber tires.  When I got a second flat, the repairman suggested a tubeless tire.  “What, a tire that can’t deflate?  What’s the catch?”  The smoothness of the ride.  By having a very hard, reinforced tire that doesn’t inflate (or deflate) and can take as many nails or pieces of glass you throw at it, you necessarily have a ride that now treats you to every bump and curve of the road.  This isn’t a problem when you’re on a flat, well-paved, perfect road.  Those are not the majority of the roads in Paris, particularly in the center, though the bike lanes which I alluded to above very often are and that network seems to get bigger every single day.

I had only gotten a tubeless tire on the back tire and the ride still felt pretty smooth in general, but after my third flat, I had enough and made the front tire tubeless as well.  The cost of two tubeless tires and the original flat + installation = 225 €, which is more than I had paid for my used trottinette (150 €), but no matter, I thought.  No more flats (just intolerably bumpy rides when you hit cobbles).

This is when I decided to get my electric bike: I was motivated by the subsidies on offer, but I also liked the idea of being outside in Paris without a mask (this was permitted to anyone on a bike during the old days of an external mask mandate).  My trottinette, which had accompanied me in all sorts of weather and traffic situations, and up and down countless metro stations, is soon to go on Le Bon Coin (the French Craigslist) and hopefully give someone else some good use, as I’m done with the money pit the Xiaomi platform became.  Once you’ve gotten used to riding your bike in Paris, you can go as fast as these scooters and get the exercise your body needs too.

You could choose to get an unlock pass for one of the floating shared trottinettes.  I periodically get a pass for the Dott platform which is around 5 € and that gives you unlimited free “unlocks” for 90 days.  The cost of a ride is usually a 1 € unlock fee and then 20 cents for each minute you are on the trottinette.  I am now very rarely out in Paris without my bicycle but if I do need to use one of these Dott scooters I’m usually on for under ten minutes, which means 2 € for the ride, and even three times a week, every week, that would be 24 €/month or 288 €/year.  That’s definitely the route I would recommend for the more casual user.  While the theory of “having your own” trottinette in Paris is plausible, much depends on the quality of the platform you choose, and by delaying an immediate purchase you can give yourself time to shop around and figure out what you like, using a shared system in the meantime.

If you are committed to buying your own, knowing what I know now, I would recommend a brand new Wegoboard trottinette.  I’ve been to their store in the 11th a couple of times and the scooters are made in France, are much sturdier and stabler than the Xiaomi, and come with a two-year guarantee.  If you’re stuck with a Xiaomi, the fastest/best repairs are going to be up in the 18th at Smartinette.

Photo by Jonas Jacobsson on Unsplash