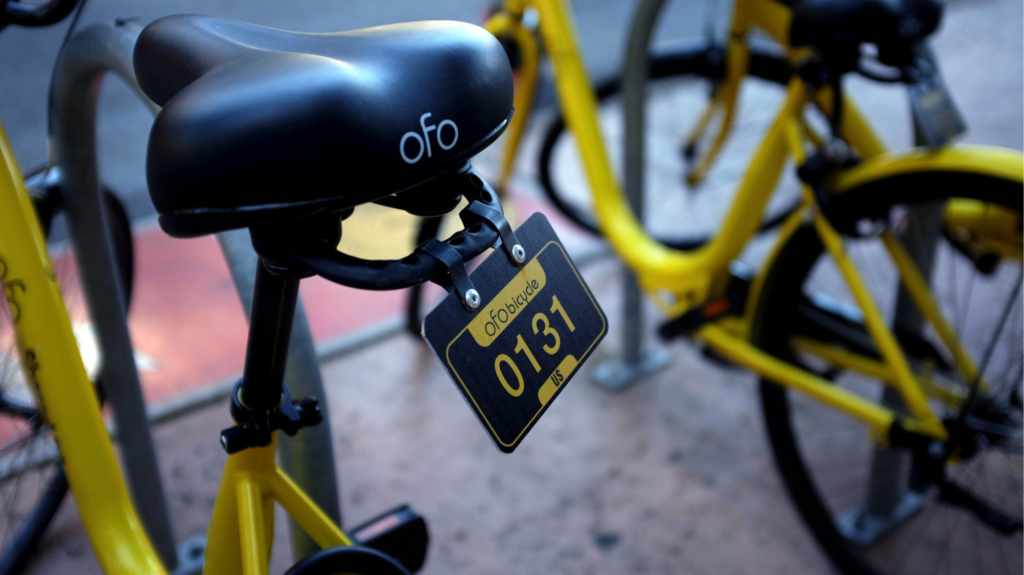 While it’s true that you often don’t know how good something is until it’s gone, you also don’t realize how much better things can be until you get to try alternatives, and during the last 60 days, as Velib stations have been slowly but surely been deactivated and then ripped up for refurbishment, the dockless solutions of Gobee, Ofo, and Obike have cropped up seemingly everywhere.

Before we talk about the new kids on the boulevard, it’s probably best to understand how we got here in the first place, and that is because of the dreadful performance of JCDecaux, who had the Velib contract from the beginning.  It was their complacency that brought us to this exciting (though painful) new start.  For those who don’t know, Velib is Paris’ docked bike-sharing system and was originally pitched not only as a system that wouldn’t cost Parisians a penny, but would make the city money.  I know, don’t laugh too hard at socialists promising to turn a profit on a capital-intense venture.

But the reality wasn’t just that Velib failed to be revenue neutral.  It seems that for at least the last 5 years, Velib’s 24,000 bikes have cost the city of Paris about 15 million euros per year.  Those costs can be broken down into vandalism repair (10%), deployment to far-flung suburbs (75%), and maintenance (15%).  As most French firms sitting on a fat contract do, JCDecaux failed to proactively fix the system and predictably they were replaced at the first opportunity by a Montpellier-based company called Smoove which will offer a lighter bike, with over 1/3 of the inventory of the bikes in Paris being electric, which will surely help with the uphill/downhill problem in places like Montmartre and La Villette (people are happy to ride the bikes downhill, but uphill, not so much).  Unsurprisingly, JCDecaux reacted in a predictable French way when they lost the contract: crying, appeals, and attempted striking.

While this has been going on in the foreground, regular Velib users like myself, reluctant to change from a system we knew well (though didn’t especially love), started to see some of the dockless bikes show up in the city.  Velib is docked – meaning the bikes are parked at specific stations, whereas the dockless ones can be parked, well, anywhere.  Now, while the apps all give you ways to find appropriate places to “park” the bikes not everyone pays attention and at the moment at any given moment you could find a rainbow of bikes around you (Gobee is bright green, Ofo is bright yellow, and Obike is a subdued yellow).  I didn’t switch to trying dockless bikes until it became impossible to reliably use Velib.  The native Velib app and apps like Citymapper that scraped from the information provided by that app were not indicating which stations had been shut for maintenance, so sometimes you would have to hunt for a place to park your bike, with no reliable guide other than trial and error.

That’s what led me to first try Hong Kong-owned Gobee’s system first.  They had flooded the inner city of Paris with bikes and I needed a reliable bike system as I went about Paris on a daily basis and Velib in complete rebuild mode wasn’t going to cut it.  For flat riding in short distances, the bike is certainly adequate.  When you download the app you put in a 20€ deposit and then add money to your account.  With most rides costing around 50 cents, 5€ is plenty to get started with.  The downside?  They clearly didn’t adequately plan for this deployment.  A couple weeks ago I tried to unlock 9 different bikes in the span of 15 minutes and each time I was told that the bike was broken, though the status of the bikes had not been updated in the app, leading to a waste of time for the end user as he/she tries to unlock a bike that is showing in the system as available when it really isn’t.  Such unreliability has meant that I’ve tried to unlock bikes that are not only off the system but have a hanging tag that says “I’m broken” but still managed to unlock and work for me.  The QR scanner technology is also not great and almost always you will have to manually enter your bike number to unlock it.  Will Gobee figure it out?  We’ll see.

Taking a much more cautious approach was venture-backed Ofo out of China.  They had been in talks with the City of Paris to make sure that the deployment of the bikes was something that the city approved of and they sought a collaborative process.  Given the speed of the French government, this meant that they were slower to deploy their bikes (they’ve only got about 1000 out at the moment).  Because they are pretty rare I only rode my first one a few days ago, but I have to say these bikes are dreamy.  Unlike the single speed Gobee bikes, the Ofo bikes have three speeds and simply feel stronger and sturdier.  This does make them a little heavier than the Gobee bikes, but the Ofo bikes are superior to the old Velib bikes, with the new Velib bikes not due to make their appearance until early next year.  As far as their app goes, unlike Gobee, their QR scanner works flawlessly in well-lit conditions and I have yet to run into a situation in which I scan a bike and then the app apologizes, telling me that the bike is actually broken, not available.  They also don’t require a 20€ deposit (for now).

There’s also Singapore-based Obike, but I’ve really only seen those bikes in the Marais, so alas, I don’t have anything to report there.  I do know that their bikes and pricing are the same as Gobees: single-speed and 50 cents per 30 minutes, as opposed to Ofo’s multi-speed bikes costing 50 cents per 20 minutes.

What’s fascinating is that studies show that dockless solutions do not necessarily eat into the revenues of an existing docked solution, but create more user demand for bikes overall.  This makes sense as I very readily joined up to two dockless schemes despite being a Velib user since 2014.  Will I go back to docked once I’ve gone dockless?  The 29€ annual rate for Velib subscription is likely to rise, and given my current rate of use on the dockless schemes, Velib, even with a price increase, is likely to remain the most economical.  What has changed is that Parisians have been freed from the staid shackles of one “okay” choice in bike sharing and have multiple options of varying quality.  Instead of solely relying on Velib, active users like myself are likely to retain accounts with whatever solutions are out there and use them as time and occasion dictate.  Whatever 2018 holds for bike sharing in Paris, it’s going to be orders of magnitude better than what we’ve had until now.