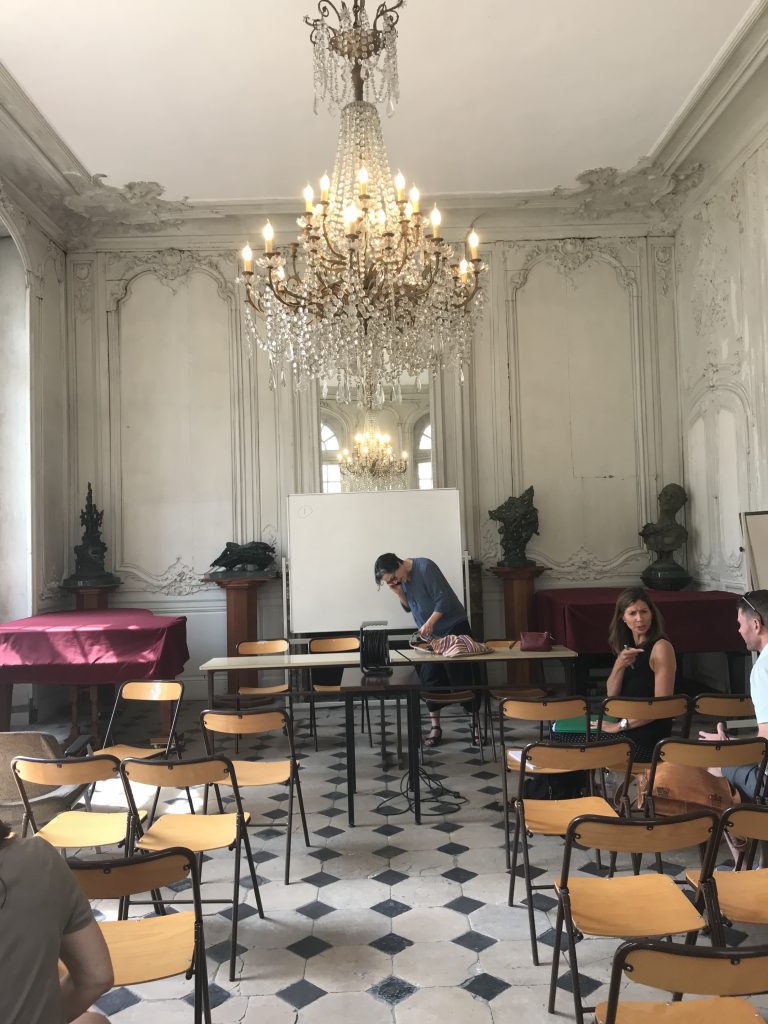 My first visit to France was with my family when I was thirteen. We were the classic sweaty tourists in late-July Paris, dragging ourselves from monument to museum. But I loved old buildings, narrow streets, and outdoor cafés — everything we walked by was tinged with foreign magic. And when we met French friends of my father who had a daughter my age, I knew I would be back.

I kept studying French and visited over a few high school summers, but I was waiting for study abroad so I could live in the city. It would be my chance to speak French until my accent didn’t mar my words. My chance to drink wine in cafés, take the métro to non-touristy neighborhoods, and meet real Parisians.

While I had a few specific reasons why I wanted to study in Paris, it was less of a rational choice and more of an emotional one. I’d been in love with the city for so long, that the thought of spending time there was a dream come true. Here are some of the more (and less) concrete reasons why I chose Paris:

The easiest way to get better at a language is to speak it, hear it, and live it. I already knew this from the time I’d spent with our French friends, and I also knew I needed more practice before I could be anywhere close to fluent. Since I’d started studying French in middle school, speaking it was a comfortable challenge — something I’d already made progress in and knew I wanted to keep working on. Of course, there are other study abroad programs in other French cities, so my other reasons for choosing Paris are specific to it.

To Spend Time in a Beautiful City

If I ever make a list of stunning cities, Paris will be near the top. The historic buildings, tree-lined boulevards, myriad gardens, the Seine cutting through the city and forming two surprise islands — it’s hard to argue against these aesthetics. What’s more, because it was built before cars were invented, Paris is highly walkable (assuming you’re measuring within the bounds of the périphérique). Even better, as you make your way through the city, each neighborhood has a distinct character.

To Learn More About French Culture

American media has a tendency to idealized French culture — carelessly beautiful women, artists in cafés with their endless cigarettes, fine wine, renowned food. It all adds up to a half-glamorous, half-bohemian lifestyle that had me entirely enthralled.

While the rational part of me knew French life couldn’t be this dreamy, I’d fallen for it years ago. What was most fulfilling about my study abroad experience was deepening my relationship — I took a course on architecture in which we toured the city and visited specific buildings. And another on theater where we read French plays before seeing them performed in a variety of venues. Rather than being on the outside of the city looking in, I was immersed in its offerings.

You Never Know What Will Happen

No, this isn’t the part where I say I fell in love with a Frenchman who is now my husband. My study abroad program had us take a single course at a French university while the rest of our school time was with the American cohort. This meant that we glommed together and spent most of our time wandering Paris and speaking English in a sort of extended tourist outing.

I was lucky in that I already had a two French friends, and I was able to tag-along to their truly “French” life. While I did spend a good amount of time exploring the city, I only lived in Paris for one semester — from September to mid-December. In order to have truly felt like I was committing to this adventure, I would’ve needed to stay longer. This is one of the reasons why I decided to move back in 2018 and have another go.

When I think back on my study abroad experience, it’s a distant blur. But I’m grateful for the way my French improved and all I learned about the city. And instead of worrying that I didn’t make the most of my time, I see my experience as a stepping stone to my current Paris life.

Photo is from a French classroom which will be dramatically different from a US university setting. 🙂