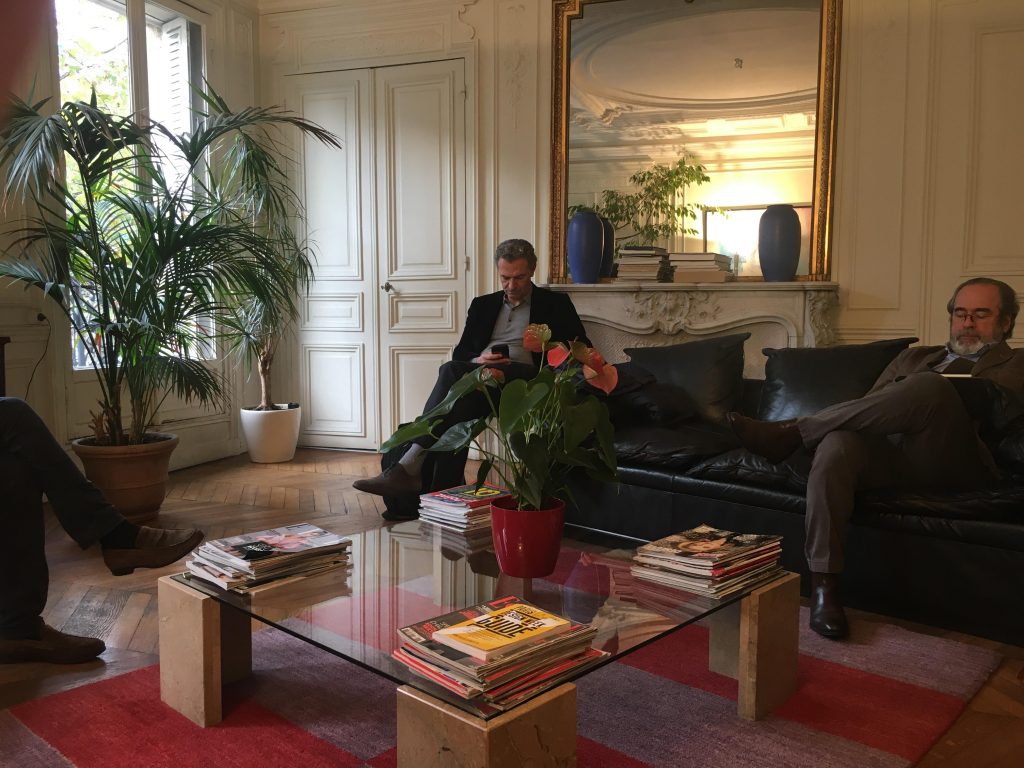 After I successfully enrolled in France’s health insurance system and got my temporary social security number or numéro provisoire, I went to see many doctors. At the beginning of the appointment, they would look at my certificate of registration and ask if I had a complementaire. I’d say no, because I didn’t, and I also had no idea what that term meant.

Then they’d ask if I had a mutuelle, and I would say no again. I knew that was additional health insurance offered by French businesses, but I didn’t have a French job. I didn’t even have a working visa. I was already thrilled to be enrolled in government health care, wasn’t that enough?

But they were asking because it wasn’t. Assurance maladie works in tiers of reimbursement, and only fully reimburses its users for a select few medical visits. For other expenses, they might cover a small percentage of the cost, which is why most French people have a mutuelle as well. After six months of being disappointed by the meager refunds trickling into my bank account, my general practitioner kindly explained all this to me. She also told me I could get a mutuelle without being employed by a French company, but advised that I apply for a complémentaire santé solidaire or CSS. And so my health insurance journey continued.

What Is a Complémentaire Santé Solidaire?

A complémentaire santé solidaire or CSS is an additional insurance that covers your medical costs at the doctor, dentist, and hospital. It also covers most glasses, prosthetics, and hearing aids.

In order to qualify for a CSS, you must have already enrolled in the health care system and be a regular resident of France. In my reading, this means you must have a long-term visa as well as other documents tying you to a fixed address here.
Note: Even if you have a temporary social security number, numéro provisoire, you can still apply for a CSS.

Beyond residency, you qualify based on your income or resources, which include salary, government aid and donations, commercial sales of objects, and gambling gains. Depending on your annual total, you can either qualify for full government aid or you’ll pay less than 1 € per person per day. I was given full aid so I’m not sure what the annual payment would be. It seems safe to assume it’d be under 365 € annually or 30 € monthly, which is equivalent to the cheapest monthly mutuelle.

As you can see below, your income must be quite small in order to qualify: 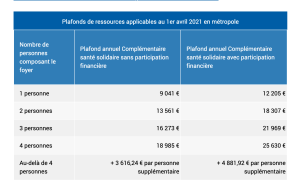 How Do You Apply?

To apply you fill out a form with your personal and financial information, as well as information about the rest of your household and any dependents. Since Fred and I are PACSed, he’s considered part of my foyer, and his income was included in the calculations.

As I mentioned in the list of requirements, you’re also asked to declare any additional government aid you’re receiving such as unemployment or pension. After quite a few boxes pertaining to income sources, there is a deeply puzzling flowchart. 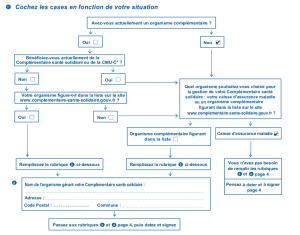 In a very convoluted way, all it’s asking is if you want to have your CSS directly with assurance maladie or through a mutuelle company.

Note: You also need to include your titre de séjour with the application, as this is proof that you’re a current French resident.

How Long Does It Take?

Great question. The assurance maladie website says the application will be processed in two months, which I rounded up to three.

How Long Is It Valid For?

Since the complémentaire is contingent on your income and “need” you must renew your request each year by sending proof of income, as well as your tax documents.

Photo was taken in the tastefully appointed waiting room of my knee doctor.

One thought on “How to Get a Complémentaire Santé Solidaire (CSS)”