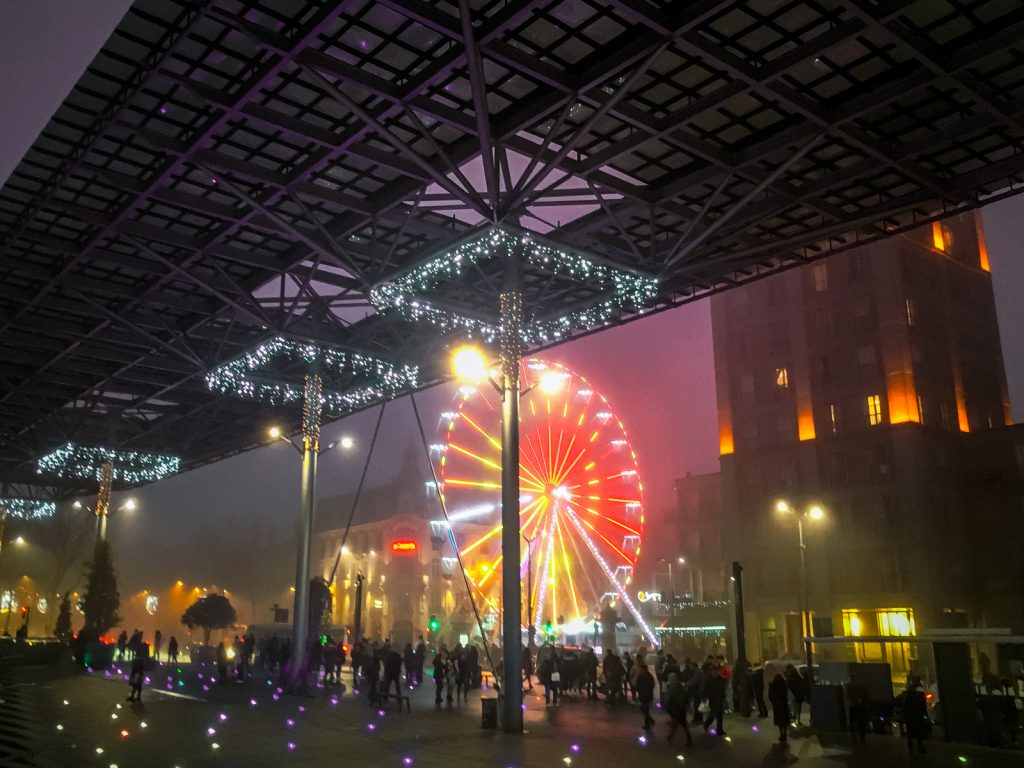 This is part of a series of articles about the final days of preparing for moving to France and what happens when you get here, and those articles are part of a promotional series launching our new book, 29 Days to France, a book that all the writers wish they had had before we started our French adventures.  It’s now available for preorder, and those preorders come with a free 15-minute Q&A personal session about your French immigration plans.  Click here to learn more.

As a human being it goes without saying that I am possessed of my share of vices, but until moving to France jealousy was not usually one of them. In America at least, where every desire has been commodified and put on clearance, most of what we want or are told to want can be afforded by the average person, or got anyway on credit. But here, every French person, no matter how humble or poor possesses something which can’t be bought for any price: the ability to speak.

Even the small five-year-old on the street babbling to his mother about Père Noël filled me with envy. If only I could speak as well as a five-year-old, what high social circles would I then be soaring in?

In fact I had started studying informally even before my arrival. I did all the usual suspects like Coffee Break French, French in Action, and Comme une Française. I was sure I must have learned something, but whatever it was seemed to evaporate immediately the instant I needed to use it.

Once in France I re-doubled my efforts with Pimsleur, iTalki, and online courses from l’Institut Francais. When I wasn’t studying I had the news playing in the background. Whether I was desperately trying to learn it, or desperately trying to avoid having to use it, the French language became a ceaseless obsession.

Surprisingly along the way I felt I was learning as much about my native tongue as anything else. I was astounded to realize just how much we say with so little, and by comparison, how little I could communicate in French even with the substantial vocabulary I had theoretically memorized.

I was well aware of the cautionary tales of those who had moved to France, proceeded to surround themselves with a circle of Anglophone friends, and found themselves three years in without having ever made progress in the language. I was well aware of these cautionary tales because like anyone else in my situation, I had sat around in America watching expat YouTube for months on end before I arrived.

In my utter lack of perspective I concluded this was a serious hazard very much to be avoided. But I wasn’t long in France before I changed my mind and decided I could probably survive the risk of being ensnared by a cloistered group of Americans, if only it meant having a normal conversation for once. I told myself that the acquisition of a new language is a long-term undertaking and at each stage there has to be some concession to reality.

I got on Meetup. I created a Facebook account for the first time in my life. I was soon meeting exchange students, au pairs, and expats from all around the world. No matter how wildly different our backgrounds, as foreigners in France we all had at least one thing in common over which we could bond. We commiserated about the various idiosyncrasies of French life and regaled each other with our humorous stories of language failures and disaster.

I even encountered that breed of person, the complete inverse of myself, and strangely not so uncommon as might be imagined. Whereas I was waiting for perfection to say anything in French, they seemed to have started from day one with complete self-assurance. With little apparent concern for when, or if ever, their speaking abilities would catch up, they daily set off and traipsed unfazed through language landmines I had hitherto believed impossible to survive. Their willingness to place themselves into precarious situations meant they had faced far more difficult challenges than I had, and yet here they were, alive and still in good spirits.

“How could this be?!” I wondered in amazement. That almost seemed like cheating. But far from being jealous, I came to greatly appreciate these acquaintances and the many other types I met as well. From them I learned the important lesson that confidence and competence do not always walk hand in hand.

My own meager confidence improved almost immediately simply by seeing that my predicaments were hardly unique. Even if I went alone to the barber shop, the doctor’s office, or the immigration bureau, I was no longer alone in an existential sense. I was buoyed by the knowledge that I was in good company, that others had tread these paths before, and that, so far as anyone could remember, no one had died from using the wrong verb tense at any of these places.

With this reassurance I found myself becoming less flustered, even though my ability to speak hadn’t changed at all. And in a virtuous circle, feeling slightly more at ease helped considerably with speaking.

Elsewhere in life, I had begun traveling weekends to visit the glorious gothic cathedrals of northern France. In a further sign of changing perspectives I had a surreal experience when I returned from my first trip out of town. Greeting me as I exited the train station back in Amiens were all the same sights I had encountered on my first day in France: the vaulted glass canopy of Place Alphonse, the Tour Perret, the neon Ferris wheel, and the slippery beige stones of La Rue des Trois Cailloux.

All the emotions and memories of that first introduction were brought to mind anew, only now all that had been so recently foreign was tinged with the warm glow of familiarity. No longer was this little town an unknown dot on the far side of the globe. Indeed, just at the other end of Three Pebble Street, and waiting for me to come in from the rain, sat my cozy apartment.

Photo taken as I exited the Amiens train station on my first day in France.

One thought on “My First Three Months in France”